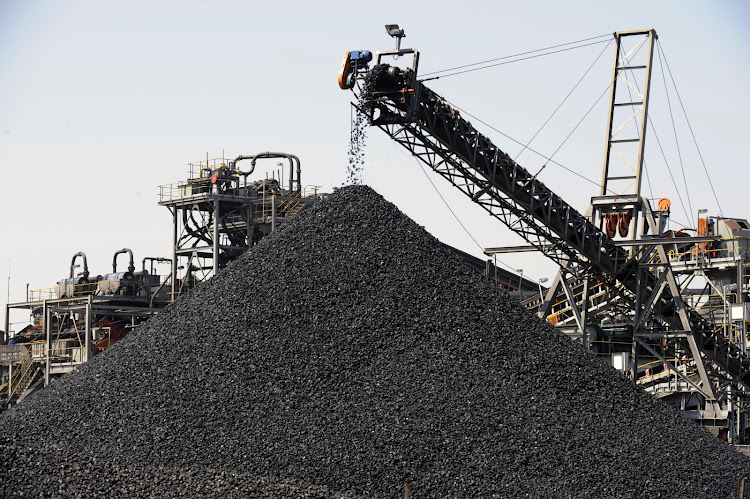 The executive director of the Presidential Commission on Climate Change called the country’s coal industry “delusional” on Wednesday, saying the market for the fossil fuel was going to dwindle rapidly in the next decade.

SA, which gets most of its electricity from coal-fired power plants, is grappling with rolling blackouts, while coal miners are exporting more of their product to take advantage of sky-high prices.

“The industry is delusional, and I’m really struggling to get a sober conversation with the industry,” Crispian Olver said at a conference on coal and the energy transition in Johannesburg.

“Our view is the coal market is going to drop off radically in the 2030s and particularly after 2035,” he said during a panel discussion with executives from coal miners Seriti Resources and Menar Resources.

“The transition is coming, but it’s going to be impossible to have a conversation with the industry if we can't get past the basic denialism,” Olver said.

Seriti Resources CEO Mike Teke said “we are not climate deniers”, and that he had met Olver. Seriti, one of Eskom's biggest coal suppliers, is currently exporting “a lot of” coal too, Teke said, without providing details.

Menar Resources MD Vuslat Bayoglu said renewable energy was not a silver bullet, and that it was up to Eskom, rather than coal miners, to minimise carbon emissions. Menar has also been trying to meet surging demand for coal from Europe.

Olver said the commission wanted to work with the coal industry to manage a “just transition” that would ensure alternative jobs are created in coal-dependent areas such as mining hub Mpumalanga.

Increased use of coal was the main factor driving up energy-related carbon dioxide emissions by over 2-billion tonnes in 2021, their largest ever annual rise in absolute terms, according to the International Energy Agency.

Media reports last week suggested that Beijing is considering scrapping the informal embargo, put in place in 2020
Opinion
3 weeks ago

Farmers adapt to climate change with a range of plans

The war in Ukraine will speed up Europe’s shift to renewable energy from fossil fuel, Britain’s climate envoy says, even as it leads to nations ...
National
3 weeks ago
Next Article