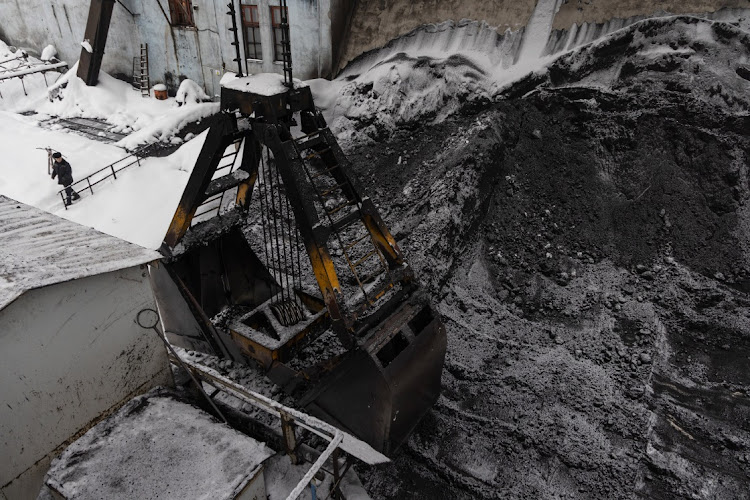 A bucket loads coking coal from the yard at a coke and gas plant near Moscow, Russia. Picture: BLOOMBERG/ANDREY RUDAKOV

The war in Ukraine will in the longer term accelerate Europe’s shift to renewable energy from fossil fuel, Britain’s climate envoy said on Thursday, even as it prompts nations to burn more coal over the coming months to offset reduced Russian gas supplies.

UK climate envoy John Murton was addressing journalists alongside delegates from the US and EU countries France and Germany.

They are visiting SA to discuss the details of a $8.5bn  package to help it fund a transition from coal.

SA gets 80% of its power from coal and has committed to swapping it for cleaner energy, but for that it needs billions of dollars.

No new agreement or details emerged from the visit, though the head of SA’s presidential climate finance task team, Daniel Mminele, said the country planned to have an investment plan in place by October.

There are political hurdles to abandoning coal, an industry with close links to high-ranking governing party politicians and in which tens of thousands of jobs are at stake.

Some accuse the West of hypocrisy in telling Africans to stopping using coal while firing up its own coal burners after interruptions to gas supplies from Russia, the world’s biggest gas exporter.

“It is true that as a result of pressure arising from Russia’s illegal invasion of Ukraine, some of us anticipate using a little more coal over the next few months than we previously planned,” Murton said.

But there is not a dash back to coal in the UK or in Europe.

Murton noted that in 2014 Britain obtained more of its electricity from coal than from any other energy source, and eight years later was getting more power from offshore wind, onshore wind, gas, nuclear, solar and biomass than it does from coal.

“Britain, which in the last 12 months only used coal for 1.7% of its power supply,” he said, was “still on track to phase it out for electricity generation entirely by October 2024”.

“If anything, the disruption linked to Russia’s invasion of Ukraine, which Moscow calls a ‘special military operation’, has made the transition to renewable energy more urgent,” Murton said.

It was true, however, that the invasion meant that the UK and some EU countries anticipated using a little more coal over the next few months than they had previously planned.

As a result, Britain raised its target for offshore wind to 50GW, from 40GW previously. This would be more than enough to power every home in the UK.

The funding is to counter rising food prices and inflation caused by Russia’s invasion of Ukraine, climate change and the pandemic
News
3 weeks ago

EU to help Africa to make own fertiliser

As Russia stages countrywide missile attacks in Ukraine, former president Dmitry Medvedev signalled that Moscow is ready to do whatever it takes to ...
World
3 weeks ago
Next Article