Eight people in the running to become the next chief justice

Twenty-five people were recommended for the position of chief justice but only eight, including John Hlophe and Busisiwe Mkhwebane, met the criteria 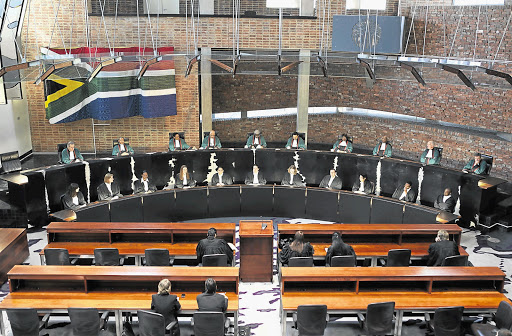 Despite 25 people being suggested to become SA's next chief justice, just eight met the criteria for the critical post. File pictue: JAMES OATWAY

Despite 25 people being suggested to become SA’s next chief justice, just eight have met the criteria for the critical post.

This is according to President Cyril Ramaphosa, who officially released the names of the eight-strong shortlist on Monday. They are:

In September, Ramaphosa invited South Africans to nominate “suitably qualified” candidates for the position, saying the move was intended to promote transparency and enable public participation in the recruiting for the chief justice position. The nomination process closed at midnight on Friday.

The presidency said in response to the call for public participation that 148 submissions, which consisted of 25 names, were made, with some individuals featuring in more than one submission.

“Of the 25 names, only eight nominations met the criteria as set out in the call by the President,” said the presidency.

The criteria referred to stipulated the requirements:

The presidency has now invited South Africans to submit in writing any objections they may have regarding the nominees to angeline@presidency.gov.za and OSewpaul@justice.gov.za by 5pm on October 15.

It said the panel would consider objections before submitting a shortlist of three to five names to Ramaphosa.

The panel is required to report to Ramaphosa by October 29.

Ramaphosa’s advisers meet ahead of deadline for chief justice nominations

Who will be SA’s new chief justice?

President Cyril Ramaphosa has been slow to start the process to appoint a successor to chief justice Mogoeng Mogoeng. This is likely to leave a ...
Features
3 weeks ago
Next Article