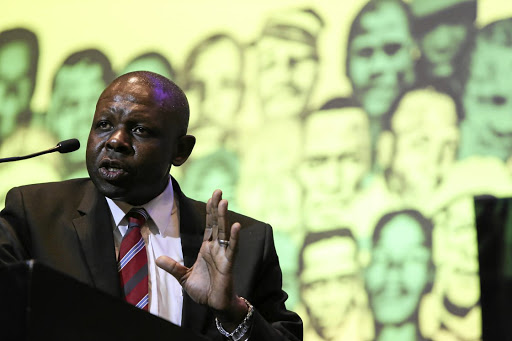 Western Cape judge president John Hlophe has rejected the finding of the Judicial Conduct Tribunal that he is guilty of gross misconduct in trying to influence Constitutional Court judges in a matter relating to French arms dealer Thint and former president Jacob Zuma.

The judge has vowed to vindicate his name by showing that the tribunal’s findings did not correctly reflect the law and were not based on the facts presented to it.

The tribunal consisting of two judges and an attorney unanimously found that Hlophe improperly attempted to influence judges Bess Nkabinde and Chris Jafta in 2008 to violate their oath of office in their judgment on the Zuma-Thint matter.

Hlophe said he “fundamentally disagrees with the factual and legal findings of the tribunal. The tribunal misdirected itself on numerous procedural and substantive issues rendering its findings unjustified,” Hlophe’s attorney, Barnabus Xulu, said in a statement outlining his clients response to the finding.

Hlophe said the tribunal had failed to determine the case against him in accordance with the rules of law, deciding instead that what was at issue was a question of judicial probity and ethical standards.

For example, Hlophe said the tribunal decided that a charge or charge sheet was not necessary and that because the tribunal was not a criminal proceeding the question of the wrongfulness or unlawfulness and the intent of the alleged conduct was not an issue.

“This approach is self-evidently wrong in that it fails to appreciate the statutory premise on which a complaint of judicial misconduct must be determined,” Hlophe said.

“Judge president Hlophe’s view is that the tribunal’s decision was not based on the evidence but considerations that were irrelevant to the facts.”

The statement also referred to a 2009 finding by the JSC that there was no evidence of judicial misconduct against Hlophe.

“How, faced with the analysis of the evidence conducted by the JSC in 2009, the tribunal could deviate so far from that is inexplicable.

“Judge president Hlophe never set out to influence or persuade any judges of the Constitutional Court to violate their oath of office. He stands by the evidence presented to the tribunal and had the tribunal carefully examined that evidence, it would have endorsed the 2009 JSC findings that I am not guilty of gross judicial misconduct.”

Hlophe said the tribunal appeared to have endorsed the “partisan” views Freedom Under Law chair retired Constitutional Court judge Johann Kriegler “who engaged in a spirited campaign” against him.

Tribunal finds the judge president of the Western Cape guilty of gross misconduct, but his removal requires a two-thirds majority of MPs
National
3 weeks ago

LETTER: Cyril Ramaphosa may now suspend John Hlophe, and he should

If the JSC agrees with the findings made, removal proceedings in the National Assembly will commence
Opinion
3 weeks ago
Next Article

NICOLE FRITZ: Silent or silenced? How would the Western Cape judges answer ...

NICOLE FRITZ: Silent or silenced? How would the Western Cape judges answer ...