At least 62 ANC MPs did not attend the voting session, who the ANC secretary-general said ‘refused to sleep with the enemy’, meaning the DA 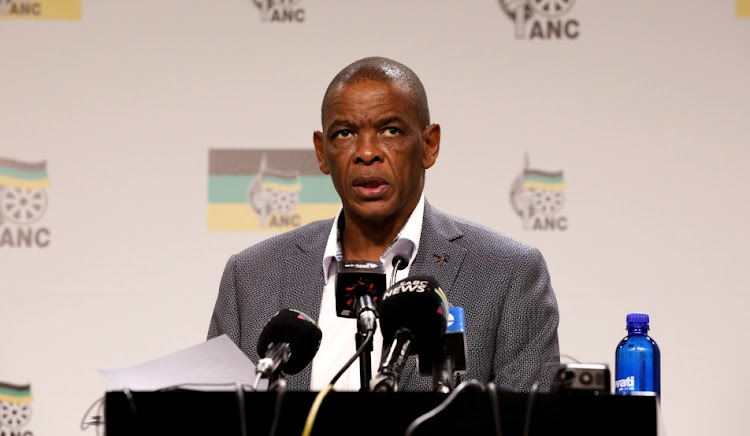 ANC secretary-general Ace Magashule has thrown his weight behind party MPs who did not participate in the vote to establish a special committee to probe public protector Busisiwe Mkhwebane’s fitness to hold office.

Speaking on Durban-based regional radio station Gagasi FM on Thursday, Magashule said ANC MPs who did not take part in the vote on Tuesday “did the right [thing]” by refusing to “sleep with the enemy”. At least 62 ANC MPs did not attend the voting session.

Before the vote, ANC national chair Gwede Mantashe issued a line of march to party MPs at a special caucus meeting in which they were told to vote in favour of a panel report that recommended the institution of impeachment proceedings against Mkhwebane.

Mantashe’s stance was at odds with that of Magashule, who told the Sunday Times a fortnight ago that no ANC MP would vote in favour of an independent panel report that stemmed from a motion initiated by the DA.

“The ANC cannot change its character, the ANC cannot sleep with the enemy. We have always defined [the opposition], especially the DA, as the enemy of the revolution. So funny things are actually happening now,” Magashule said on radio. “I think maybe what you don’t know is that a lot of comrades in the National Assembly who are ANC members did not participate in that discussion and voting.”

It was not immediately clear which MPs did not participate, as parliament is yet to publish the full record of the voting, an unusual move. The record is normally published as part of the minutes of the sitting immediately after adjournment of the plenary session. Parliament officials told a meeting of the National Assembly’s programming committee on Thursday that the publishing of names was delayed because the vote took place through the hybrid system and not the traditional manual vote.

They said the record needed some “cleaning up” before the names could be made public, as some MPs kept logging on and off the digital platform. The ANC declined to comment when asked about some of its MPs’ non-attendance for the vote.

Magashule has made it clear that no ANC MP will face disciplinary action for defying Mantashe’s position.

Magashule sought to disregard the directive issued to MPs by Mantashe before the vote, saying the national officials, dubbed the top six, were not an official structure of the ANC.

Though Magashule sits in the top six, he said only the party’s national working committee (NWC) and the national executive committee (NEC) could take such decisions.

“The ANC has not actually finalised this matter because officials of the ANC are not a structure in terms of our constitution, so the matter will still be discussed by the NWC and the NEC,” Magashule said. It was not immediately possible to establish how the ANC top six viewed Magashule’s remarks.

More MPs have indicated that they will defy any instruction to vote in support of the establishment of an inquiry into Busisiwe Mkhwebane’s fitness ...
National
1 month ago

The EFF’s lawyer, Ishmael Semenya, says there is a danger that politicians will use public office to further the agendas of benefactors
National
1 month ago

The vote is a step closer to a possible impeachment of the public protector, the first such action against a head of a Chapter 9 institution
National
1 month ago
Next Article

GARETH VAN ONSELEN: The public protector through the looking glass

GARETH VAN ONSELEN: The public protector through the looking glass