The pro-business budget is divorced from the realities of ordinary South Africans, says Cosatu 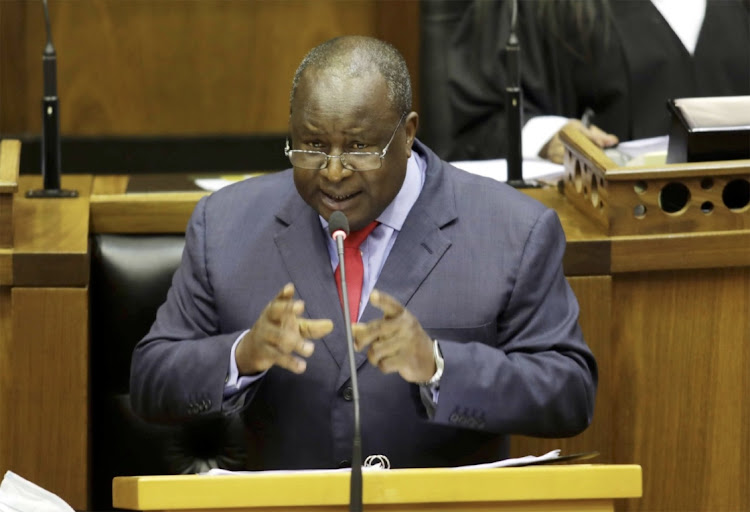 There was a mixed political response to different elements of finance minister Tito Mboweni’s budget, with critics saying it did not do enough and that expenditure cuts were made in the wrong places.

The budget provided the funding for SA’s vaccine rollout, which will be free, while also sticking to its guns on cuts on the public sector wage bill, which has now paved the road for a three-year wage freeze. However, it also cut the budget for social grants, on which millions of South Africans depend.

Hill-Lewis welcomed Mboweni's commitment to getting SA’s debt under control by 2021, and cutting the wage bill by just more than R300bn over four years, including the current financial year.

He said that while these commitments on the wage bill were not new, the DA was pleased that Mboweni had stuck to the medium-term budget policy statement targets.

“However, the credibility of these targets is questionable,” Hill-Lewis said.

In terms of where the budget went wrong, the DA included that  Mboweni said taxes would not be increased, but that the fuel levy was increased and this was a “tax con”.

He took issue with the first-ever cut to allocations to social grants, “this year alone”, by R5.8bn.

“This shows the extent to which interest on debt is eating into other critical expenditure. This is an indefensible choice to make,” Hill-Lewis said.

While the DA was happy with the wage-bill cuts, ANC ally Cosatu was not.

The trade union federation said the government could not wish away the public service wage dispute.

“None of the promises and commitments made will be realised in an environment where public servants are demotivated and there is labour instability,” Cosatu said.

It said defunding the public service would worsen the problems and not resolve them.

The federation’s parliamentary co-ordinator, Matthew Parks, said the government had a strange way of negotiation given that it announced a three-year wage freeze, despite negotiations on the next wage agreement looming in the coming months.

“You cannot impose wage freezes when you are still bleeding money to corruption and irregular expenditure,” he said.

Regarding the budget as a whole, Cosatu said it not only failed to address its most pressing concerns, but also did nothing to fix the broken systems inside the state.

“This is a pro-business budget that is divorced from the realities of ordinary South Africans,” the federation said.

EFF MP Mbuyiseni Ndlozi said in an interview on SABC that there was nothing in the budget that would result in the transformation of the structure of SA’s economy.

He said the budget showed that the government wanted to return to a pre-Covid situation, but that this was simply unattainable.

Wouter Wessels, finance spokesperson for the Freedom Front Plus, said the budget showed that SA was in trouble. He said the only way to turn the ship around was to grow the economy.

IFP finance spokesperson Inkhosi Mzamo Buthelezi said Mboweni’s speech was to some extent measured, and covered what they had expected it would.

He said they were happy about the R11bn allocation to address  unemployment, as well as the funding for rural and township economies. He said their biggest concerns were around government debt, as well as the lack of a clear plan on how exactly the wage bill would be cut.

Achieving lower debt and deficit targets will depend on the economy achieving higher rates of growth in 2022 than previously forecast, Tito Mboweni ...
Economy
10 months ago

Prioritising vaccination is by far the most effective way of giving SA the best possible chance to get back on the road to health and economic ...
Opinion
10 months ago

Eskom is allocated R31.7bn in the budget while SAA asks for an additional R3.5bn
National
10 months ago
Next Article