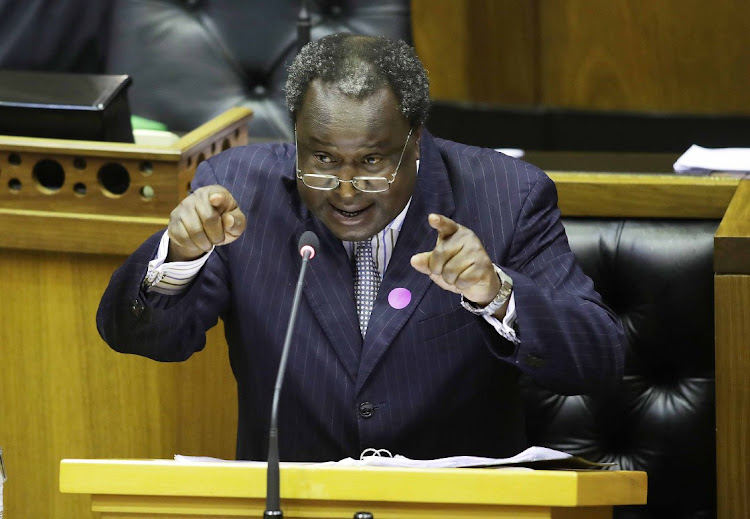 Today, finance minister Tito Mboweni will table the government’s 2021/2022 budget in parliament — arguably the most important and difficult budget since the dawn of democracy in 1994.

Commentators and political parties are urging Mboweni to find the right balancing act, and show a commitment to curb spending and rein in debt, rather than raising taxes on an already overburdened consumer.

SA is in the precarious position of being hit by a twofold setback – Covid-19 arrived as the country was already struggling with a recession, while President Cyril Ramaphosa’s administration remains hamstrung after years of maladministration under his predecessor, Jacob Zuma.

But on a positive note, since October 2020, tax revenue collections have performed better than expected, relative to the National Treasury’s expectations in October’s medium-term budget policy statement.

Recent SA Revenue Service (Sars) data show that tax collection has outperformed both the government’s and economists’ forecasts to the end of December 2020, as VAT, company and personal tax performed strongly. From April to December 2020, tax collections point to a 10.6% year-on-year fall in revenue for the full year — better than earlier forecasts of a 17.9% drop.

This revenue overrun gives the Treasury a lot of extra room. Theoretically, it should allow it to easily absorb the probable spending on Covid-19 vaccines, estimated at R20bn; provide a reasonable degree of support for state-owned enterprises (SOEs); and increase social relief, without the need to increase tax rates or incur further fiscal deterioration.

Nevertheless, issues of debt sustainability linger. The primary balance is projected to remain in a deficit, while the interest rate on government debt is expected to remain higher than nominal GDP – implying that the debt-to-GDP trajectory will continue to rise.

As a result, higher debt service costs will add further pressure to an already strained fiscus. Thus, a degree of caution is still warranted, even if the better than expected revenue will mitigate the many downward risks. This includes growth risks (in the near term, from pandemic-related risks and, in the longer term, from stalling growth reforms) and renewed spending pressure (from higher unemployment and worsening finances of SOEs and other spheres of government).

And there is also the risk that the government’s aggressive proposal to freeze the wages of government employees won’t be implemented.

Amid all these risks, these are the 12 items on our wishlist from the budget:

Whether any of those items on the wishlist will indeed come to fruition remains to be seen.  This list is by no means exhaustive — there are plenty of other fiscal-related issues that need to be addressed.

But the extent to which new spending absorbs any fiscal windfall is crucial, as it would reflect the government’s true commitment to fiscal consolidation.

Naturally, the extension of pro-poor relief through the additional grants is imperative, especially given the latest extension of lockdown restrictions and the severe pressure faced by low-income households.

Overall, SA’s fiscal situation remains precarious and the debt service burden is unsustainable. This is why striking the right balance between providing relief and improving the fiscal prognosis of the country will be imperative in today’s budget.

* Delport is an investment analyst at Anchor Capital

LUKANYO MNYANDA: SA in no position to start splashing out

SA, with bond yields closer to 9%, cannot continue living beyond its means without eventually risking its market access
Opinion
7 months ago

YACOOB ABBA OMAR: Will the budget speech be a step on the road to social cohesion?

Which way the windfall goes

Which way the windfall goes