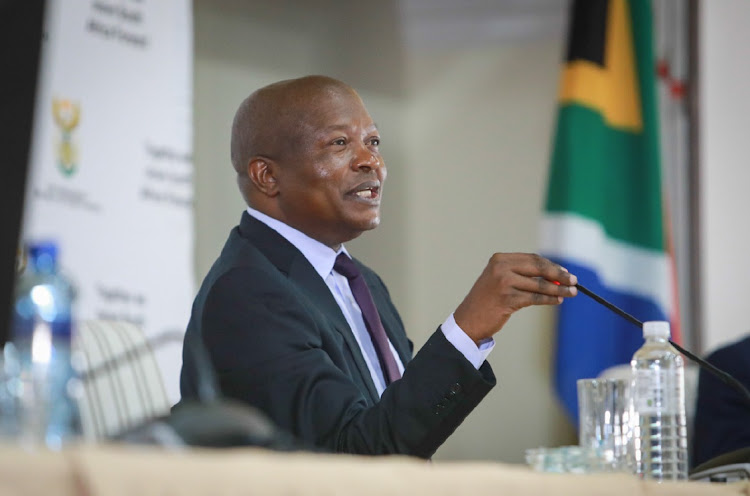 During an ANC Progressive Business Forum (PBF) webinar Ramaphosa said he had appointed the committee, which will deal with the “actual mechanics” of the process of vaccine distribution, ensuring that it is “well done”. The president said other key departments involved in the vaccine rollout will also be part of the committee.

The PBF is an ANC vehicle that manages dialogues between business and the governing party, as well as fundraises for it.

The cabinet said it approved the setting up of the vaccine committee, which is set to meet once a week. It comprises about 14 ministers including health minister Zweli Mkhize and finance minister Tito Mboweni.

The vaccine acquisition process has got off to a rocky start with a lack of proper co-ordination between the Treasury and the department of health over the purchase of vaccines and a failure to make advance orders. Each has blamed the other for failing to act with urgency.

Ramaphosa told the webinar that the government is treating the vaccine project as any other major event in the country, as SA aims to vaccinate more than 40-million people.

More than 30-million doses of vaccine have so far been promised to SA in direct deals with manufacturers and agreements with multilateral agencies, including the Covax facility, organised by the World Health Organisation and global vaccine alliance, Gavi.

On Monday, the DA threatened to take the government to court if it did not make public information about the funding, the procurement and the distribution of the vaccines.

The DA said Mabuza was not a “competent and reliable figure” to oversee the process.

The party's shadow health minister, Siviwe Gwarube, said  had a history of governance failures, citing, among others, his chairmanship of the political task team on Eskom at which he had “failed dismally”.

“Mabuza has effectively been an absentee deputy president since the beginning of Covid-19 crisis.

“It is, therefore, unconscionable that President Ramaphosa would entrust one of the most monumental tasks of SA’s democratic dispensation in the hands of a man who is not only allegedly corrupt but who is clearly incapable of overseeing a programme of this magnitude,” Gwarube said.

On Tuesday, Ramaphosa again made assurances that SA will be getting vaccines, and in the number required.

“People are correct in saying they want more details, they want to know where we are getting them, what they cost, when they are arriving, and which classes of people are going to get the vaccines first, and the various phases we are going to go through. Our people want to know the storage issues and everything. It is in light of this that the government is dealing [with it],” he said.

The president also reiterated that funding for the vaccines will not be a problem. “Some people have raised issues with financing, but finance is not going to be a problem; we will be able to pay for these vaccines,” Ramaphosa said.

This comes as the Treasury indicated it was considering raising taxes as one of several possible mechanisms to fund the vaccination drive.

This article has been updated with new information.

The Treasury is exploring a range of potential financing options for Covid-19 vaccines, with more than 30-million doses promised so far
Economy
8 months ago

WATCH: Should Treasury increase taxes to pay for vaccines?

WATCH: Should Treasury increase taxes to pay for vaccines?