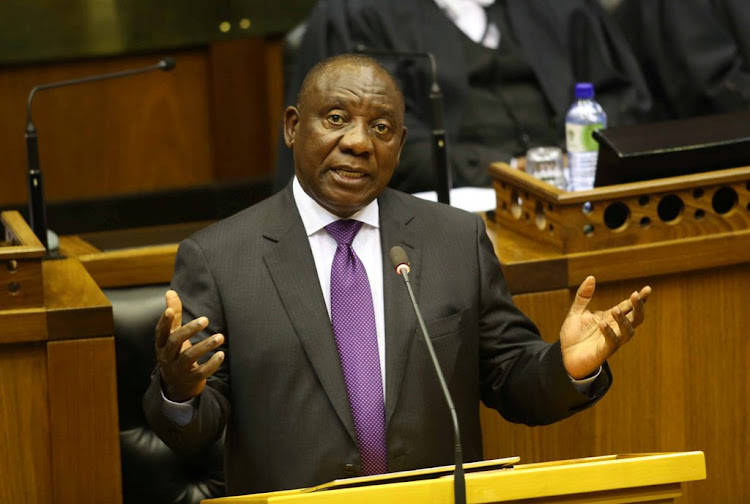 President Cyril Ramaphosa will not attend this year's UN General Assembly, and is rather staying in SA so that he can “concentrate on critical issues” in the country, the presidency said on Thursday.

“The president has decided to remain in SA to attend to the implementation of government’s urgent measures on gender-based violence, the restoration of order and stability in areas affected by public violence, and to oversee initiatives to turn around the economy,” spokesperson Khusela Diko said.

International relations and co-operation minister Naledi Pandor will now lead the delegation attending the assembly in New York from September 23 to 26.

This would have been Ramaphosa's first UN general assembly as president of SA after the May elections.

Last week, the country was hit by a wave of violence and looting in Gauteng and high-profile incidents of gender-based violence, which overshadowed the World Economic Forum (WEF) meeting held in Cape Town, where SA was hoping to showcase itself and attract much-needed investment.

Ramaphosa had to abandon his duties at the WEF to address protesters against gender-based violence in Cape Town. He also addressed the nation about the incidents.

Prior to this there was criticism levelled against the president over alleged inaction regarding the xenophobic violence in Gauteng and the attacks on women.

On Thursday, the presidency said that over the next few days and weeks, Ramaphosa would meet communities, civil society and structures of government to discuss concrete action to address the problems.

“This is a time for leadership from across society to mobilise their respective constituencies in support of economic progress and rebuilding the social and moral fabric of society. Government is stepping up its own contribution to this collective effort,” Ramaphosa said.

The president, together with the deputy president, cabinet ministers and the justice, crime prevention and security cluster, will focus on the implementation of the plans outlined in the state of the nation address (Sona) and the presidency budget vote, Diko said.

The DA is not happy with the law but the president says, regulations and certain provisions notwithstanding, the law is constitutional
National
1 year ago

The broadcaster says it has ‘strong prima facie evidence’ that it was ‘a co-ordinated act of sabotage’ and has suspended three employees  and a ...
National
1 year ago

Looters do not know the nationality of shop owners, police minister tells MPs
National
1 year ago
Next Article

Together we can end violence, Ramaphosa says in address to nation

Together we can end violence, Ramaphosa says in address to nation