ANC secretary-general abused his power and laundered money from the public purse, according to testimony, and paid plenty of student fees 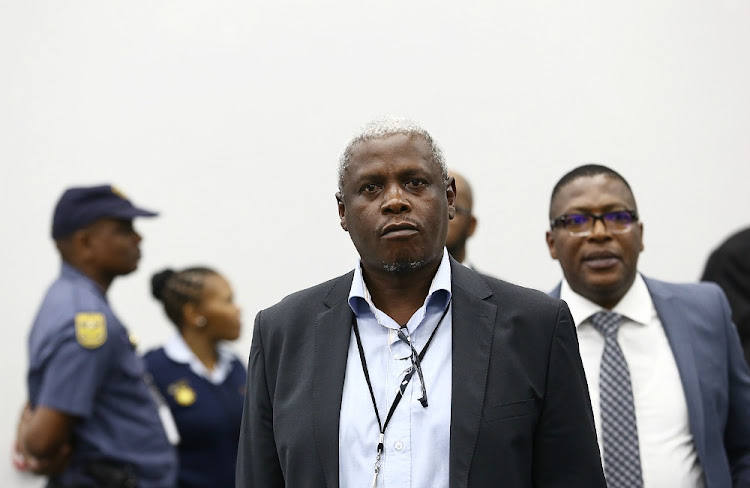 That’s according to former Free State economic development MEC Mxolisi Dukwana, who, in scathing testimony before the inquiry, detailed Magashule’s alleged involvement as premier in what is known as the “asbestos heist” in the province.

The “asbestos heist” describes a R255m contract handed out by the province’s department of human settlements in 2014 to assess 300,000 households for asbestos roofing.

That year, Ignatius Mpambani’s company Diamond Hill formed a joint venture with Blackhead Consulting, an engineering firm owned by businessman Edwin Sodi, to do the job. Mpambani was shot dead in June 2017 while driving in Sandton.

“We assume that nobody knows how many of the units have asbestos and the intention is to make sure we eradicate these units. It must be understood why they ended at 300,000. The amount given [for the contract] was R255m, you then divide that by R850 per unit, you then get 300,000 exactly,” Dukwana said.

“If the asbestos units go beyond 300,000, what would be the case? The constitution demands of a government to be very efficient, effective and economical in dealing with the public purse. Every municipality has ward committees, it has ward councillors. This could have been gathered using the people that are there at a local level without paying a cent. You will then know how many of the houses have asbestos.”

According to Dukwana, e-mails to Mpambani from Magashule’s staff — Ipeleng Morake and Moroadi Cholota — requested him to make payments for the student fees of various people. The payments coincided with money from the asbestos contract. As Mpambani received millions from the deal, he would be requested to transfer hundreds of thousands into various accounts.

Dukwana described one instance where Mpambani received about R25m from the department as payment for work on the contract. Later that same day, Morake e-mailed him a list of banking details for students at Free State and North West universities. Mpambani transferred about R240,000 to these accounts.

In another example, in August 2015, Cholota forwarded an e-mail to Mpambani, which was originally sent directly to Magashule by then acting Bloemfontein High Court judge Refiloe Mokoena, who had asked Magashule for help in paying her daughter’s fees at a US college. Mpambani transferred the money the next day.

“Mpambani was in constant communication with the personal assistant [Cholota] of [Magashule]. Cholota would communicate on behalf of Magashule … It will be noted that in some of the e-mails, [Morake] features prominently in executing instructions on behalf of Magashule via Cholota. It is apparent from the e-mails … that payments were advanced for every onerous request made to Mpambani at the request of Magashule,” said Dukwana.

“An inference could be drawn that each time payment was advanced to Blackhead Consulting by the Free State department of housing, Cholota or Morake would inform Magashule, followed by an onerous request or instruction to Mpambani resulting in the latter making payments as requested by Magashule.”

He described Magashule as a “blesser”.

“Magashule was simply a blesser of many. Due to payments advanced by Mpambani from monies corruptly and fraudulently sourced from the state coffers through the asbestos project at the behest of Magashule, Mpambani paid some of the monies to some students studying through various universities here and abroad,” he said.

“The asbestos audit was but an asbestos audit heist sponsored by the premier … This was not only a blatant abuse of power by Magashule but a blatant commission of fraud, money laundering and daylight robbery of the public purse.”

On Monday, throngs of Zuma supporters including school pupils and MKMVA members sang pro-Zuma songs and danced
National
2 years ago
Next Article