BLSA is in good hands, says Bonang Mohale as he heads to Bidvest 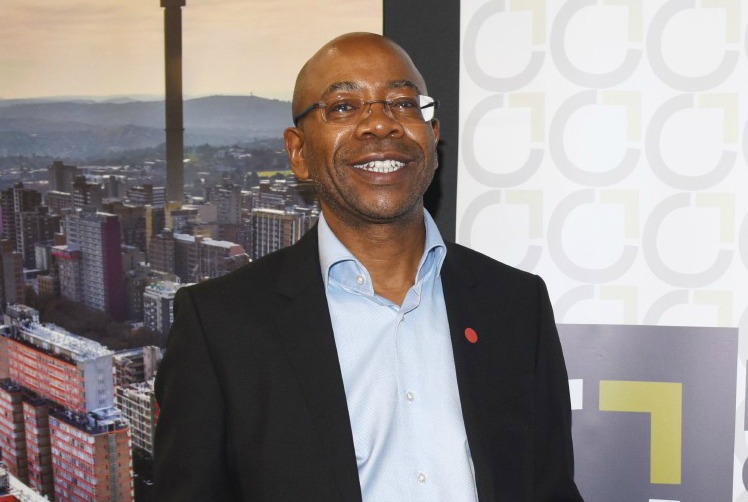 Self-styled anticorruption champion and now former Business Leadership SA (BLSA) CEO Bonang Mohale says he leaves the organisation, an integral part of the fight against state capture and corruption, after it achieved significant success in a short time.

Trading and distribution group Bidvest announced on Monday that Mohale would join them as an independent nonexecutive director.

Mohale, who had been BLSA CEO from June 2017, officially passed the baton to Busisiwe Mavuso on Monday, though Mavuso had occupied the CEO’s office, overseeing more than 30 employees, and run the organisation for the past month. She had been BLSA’s COO and Mohale’s understudy for the past year.

“I leave an organisation that has probably delivered in a very short space of time. We suspended companies that chose not to comply with the laws.

“I leave an organisation that has probably delivered in a very short space of time. We suspended companies that chose not to comply with the laws,” Mohale said of the suspension of Bain & Company’s membership in September 2018 . The global consulting firm joined Transnet, Eskom and KPMG, all of whom were briefly kicked out for their part in the state capture saga.

The Nugent commission heard about Bain’s irregular appointment to help restructure the SA Revenue Service (Sars), and how it instead contributed to questionable and irregular changes that weakened the tax body.

“We contributed not in a small way to ensuring that state capture is a thing of the past, and that white monopoly capital and radical economic transformation are no longer part of our lexicon,” Mohale said.

“I can tell you [that] of the 400 listed entities on the JSE, 86 CEOs are members of BLSA, 53 of whom are responsible for more than half the GDP of this country. A majority of them just want what’s in the best interest of SA, are ethically principled and they provide leadership every day.”

Mohale was an outspoken critic of corruption and the government during the administration of former president Jacob Zuma, even urging business to wade into socioeconomic matters, to “get involved and demand leadership that leads with credibility”.

He told Business Day that BLSA was the first organisation that challenged the Zuma-led government to fire the entire Eskom board and all the executives implicated in state capture and to institute an independent judicial commission of inquiry.

Several commissions of inquiry were later set up, including one into Sars, which led to Tom Moyane’s axing as commissioner. Others probes into state capture, as well as an inquiry into the Public Investment Corporation, are ongoing.

Mohale has also made progress with transformation at BLSA, which besides finding a capable successor has been another of his most important 12 key performance indicators over his two-year term.

He had to find “high-calibre individuals”, which Mohale said he did in his first four months as CEO in 2017. The executive committee consists of two women and three men and is majority black.

Bidvest said on Monday Mohale will be appointed as a member of the group’s acquisitions committee, nominations committee and social and ethics committee.

“Bonang has held several leadership positions in the private sector and has been lauded and recognised with several awards over the past 25 years,” Bidvest said.

He has also been chair of Shell SA, CEO of Drake & Scull FM SA, CEO of Sanlam, executive vice-president of SAA, and MD of Otis.

Award-winning leader will be appointed as a member of the group’s acquisitions, nominations, and social and ethics committees
Companies
2 years ago

BONANG MOHALE: Economic growth should be the zeitgeist of Ramaphosa’s Sona

Revitalising SA’s economy is essential, and it needs to be done quickly, writes Bonang Mohale, despite the current inauspicious circumstances
Opinion
2 years ago

WATCH: SA tells Davos that the country is open for business

BOOK REVIEW: No smoke and mirrors as business chief recounts a painful past

WATCH: SA tells Davos that the country is open for business

BOOK REVIEW: No smoke and mirrors as business chief recounts a painful past