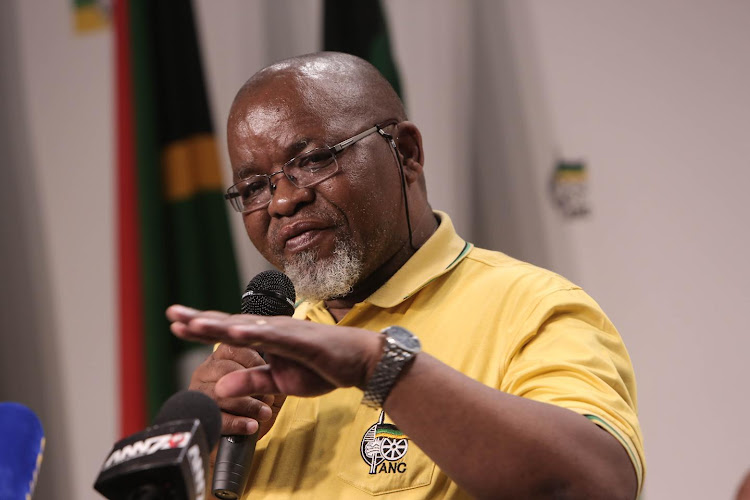 Mineral resources minister Gwede Mantashe will have his hands full at the weekend as he tries to defuse growing opposition to mining on community-owned land in KwaZulu-Natal and the Eastern Cape Wild Coast.

Mantashe is scheduled to hold meetings with three communities over three days from Friday‚ seeking to calm tensions that have emerged over current and future coal- and heavy-mineral mining plans‚ including a high court case in which community members are demanding the immediate closure of the Somkhele coal mine on the border of the Hluhluwe-Imfolozi Game Reserve.

He will also be visiting the Xolobeni area on the Wild Coast‚ where an Australian-backed, dune-mining venture has been put on hold following the unsolved murder of prominent anti-mining leader Bazooka Radebe.

The department of mineral resources said Mantashe’s weekend visit forms part of the “ongoing frank and open discussions” with mining companies‚ communities and other stakeholders “to rebuild relationships and levels of trust”.

On Friday, he will meet representatives of the Zululand Anthracite Colliery and KwaMhlaba community near Ulundi‚ in northern KwaZulu-Natal‚ to discuss recent tensions that have included arson attacks on coal trucks and a mine shaft.

He will hold another meeting on Saturday with the Tendele mining company and the Mpukonyoni community near Mtubatuba‚ following a high court application last month in which local residents called for the immediate closure of sections of the Somkhele mine‚ also in the north of the province.

Residents‚ dozens of whom were evicted from their homes to make way for mining‚ have argued in court papers that the mine is operating unlawfully — allegedly with no environmental authorisation‚ no municipal planning approval‚ no waste-disposal licence and no permits to shift ancestral graves.

They also complained about lost grazing for cattle and goats‚ cracked houses from blasting operations, and risks to their health because of water and air pollution‚ as well as the relocation of ancestral graves into unmarked plots. The mine has denied that its operations are unlawful and argued that nearly a thousand mine workers stand to lose their jobs if the mine is forced to shut down to remedy alleged regulatory violations.

On Sunday‚ Mantashe will be in the village of Xolobeni‚ just south of the Wild Coast Sun Casino‚ following violence and divisions between anti- and pro-mining groups. Local anti-mining leader Radebe was gunned down outside his home in March 2016‚ but more than two years later police have yet to make any arrests.

Four months after the murder‚ the Australian company‚ Mineral Resources Commodities‚ announced it was pulling out of the proposed dune-mining venture because of “ongoing violence and threats to the peace and harmony of the Xolobeni community”. However‚ company statements published just a few months ago suggest that the company has not abandoned its ambitions to mine at Xolobeni‚ as “future development and divestment options” are still under consideration.

Following a two-year investigation into complaints by mine-affected communities across the country‚ the South African Human Rights Commission (SAHRC) published a 100-page report in August calling for far-reaching reforms to mining legislation to protect vulnerable communities who bear the brunt of mining’s numerous negative impacts.

The report‚ by advocate Mohamed Ameermia‚ with panel members Janet Love‚ Lindiwe Mokate and Prof Tracy-Lynn Humby‚ says: “The commission is sensitive to the challenges faced by the mining industry‚ including volatile commodity prices and increasing costs. Nonetheless‚ sight cannot be lost of the real and long-term impacts that mining operations have on communities and surrounding environments.”

There is the expectation that the Zondo commission will result in a raft of charges and prosecutions against the worst offenders of the Gupta-Zuma ...
Opinion
3 years ago

State eases some of the more controversial provisions in Mining Charter

The cabinet has resolved to ask parliament to withdraw the long-delayed and problematic bill amending the Mineral & Petroleum Resources Development ...
National
3 years ago

How SA's mining sector is taking a beating from trade war

Third quarter gets off to poor start with July’s 5.2% fall in production
Economy
3 years ago

Key assets in the Lonmin takeover are its concentrators, smelters and refineries, which give Sibanye the rare advantage of being a mine-to-markets ...
Companies
3 years ago
Next Article