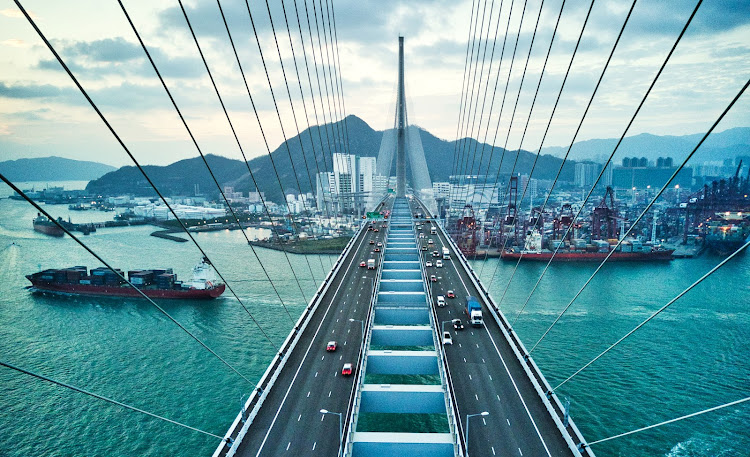 Knowing which trends are likely to shape the world in 2022 will put you in a better position to navigate the road ahead. Picture: GETTY IMAGES VIA INVESTEC

We live in a world where the boundaries between global and local are becoming increasingly blurred.

Consider, for instance, the pragmatically named Taiwan Semiconductor Manufacturing Company (TSMC). It is no hyperbole to say that its atom-thin silicon chips power much of the world’s technology. When the company couldn’t keep up with resurgent consumer demand in 2021, all things digital suddenly became a lot more expensive, and global supply chains across almost every industry were disrupted.

This was one of the topics discussed during "The World Ahead", a webinar that Investec recently hosted with Tom Standage, deputy editor of The Economist, addressing the major global trends likely to shape the world in 2022.

In his introduction, co-host Philip Shaw, chief economist of Investec UK, noted that “second-hand car prices are up 20% year-on-year in the UK. That’s mostly due to a shortage of chips needed to make new cars.”

To be sure, TSMC is going great guns. It plans to spend $100bn over the next three years to increase production capacity. That should help to moderate electronic goods prices. Provided, of course, that China doesn’t carry out its threat to annex Taiwan.

Beyond the increasingly tangled web of global supply chains, this webinar highlighted several other forces that'll be moving the markets this year. Here's a closer look at five of them:

1. Mine is better than yours

Democracy is the worst form of government — except for all the others. That Churchill maxim will be rigorously tested in 2022.

The US midterm elections, sure to be fractious, will stand juxtaposed against China’s Party Congress, where president Xi Jinping will reassume power by diktat of a handful of party officials.

The Asian powerhouse will shake its collective head at the inability of US politicians to get things done, while the juggernaut of the West will chastise the unsustainable character of autocratic regimes that suppress individual freedoms.

“People are worried not just about whether democracy works or not, or whether its survival is under threat. It's about showing that democracy is superior,” said Standage.

As the pandemic headlines subside, expect the rivalry between the US and China to reignite, fanned by disparate philosophies on how to run a country and what sort of society we should aspire to live in.

2. The road to endemic

Vaccines are lowering Covid-19 related deaths and hospitalisations. In addition, 2022 will see the arrival of more effective, second-generation jabs, as well as pill-form antiviral treatments from Merck and Pfizer.

In many countries, Covid-19 is on the way to becoming a non-life threatening, treatable disease. But the emergence of the Omicron variant is both a risk and a cautionary tale.

With lower vaccination rates and scarce health care, poorer countries may serve as hotbeds for mutations and new variants, even though they can ill afford it. That outcome wouldn’t be novel.

“Think of a disease such as malaria, a minor inconvenience to people from the rich world. Maybe they pick it up on holiday, they take a few pills, and it goes away. Meanwhile, the disease kills millions of people every year in poorer countries. That’s a reflection of inequalities in income and healthcare systems,” said Standage.

Few factors have the potential to shape 2022 like the path of global inflation.

The prevailing view is that the current uptick in prices is due largely to a surge of pent-up demand as economies rebound, combined with supply shortages, while capacity that was mothballed during lockdowns is reinstated. But if inflation proves more permanent than transitory, interest rate hikes will follow, potentially throwing markets into turmoil.

There are, however, early signs that global supply chains have found some grease. The lead times for semiconductors look to have peaked, as do shipping costs. Energy prices, however, remain elevated.

Perhaps the biggest threat to the transitory hypothesis is the legitimacy of the Great Resignation. If labour market shortages persist because people have left the workforce for good, then higher wages seem inevitable, with knock-on price effects across the board.

Shaw acknowledged the risk, but tempered it: “Our working assumption is that labour market dynamics are not going through a permanent shift. We saw participation rates fall in the US during the global financial crisis, which was followed by a slow, but steady recovery.”

4. What do you mean by hybrid?

“Bosses generally have nicer offices and they like being there because they get to tell everyone what to. Workers are less keen on the idea, so there's a disparity there,” said Standage, framing his view on the future of work.

The hybrid working model seems to be the consensus for 2022, but there’s almost no alignment on what “hybrid” looks like. Somewhat ironically, that uncertainty creates the potential for workplaces to become more inequitable than they were pre-pandemic.

At the heart of that threat is visibility in the office. Not everyone will choose to work from home, but those who do may find themselves marginalised through their physical absence. More worryingly, it’s those who previously faced prejudice — single working mothers, for example — who are keenest to stay home.

If not designed purposefully and with care, hybrid working models could undo progress on closing gender pay gaps, inclusion and diversity.

5. Reigning on the tech parade

There are few things that US Democrats and Republicans agree on, other than that China is wrong on almost everything. Yet one gets the sense that both camps felt a grudging admiration for the way Jinping put Jack Ma, the founder of tech conglomerate Alibaba, back in his box when he got a little too ambitious.

The sweeping regulations imposed by the Chinese government on their tech industry look to have both altruistic and ulterior motives. Many parents with screen-addicted children would agree that restricting gaming platforms is not an entirely bad idea, nor is making online learning content more affordable. But halting IPOs and banning celebrities from social media platforms seems a ham-fisted way to go about it.

If the president gets his way, Chinese tech firms will be spending more time on developing artificial intelligence, quantum computing and robotics capabilities than on consumer tech and online shopping. Can their hands be forced? Standage has his doubts.

“If you look at the numbers, you can see start-up funding in the US has shot up, while in China it's trending down. We think the regulation is likely to stifle economic dynamism, hamper innovation and reduce entrepreneurism.”

Either way, US politicians will be keen to show that they, too, have the muscle to reign in their swashbuckling tech CEOs, particularly as the negative aspects of ubiquitous platforms such as Facebook continue to draw louder criticism.

SPONSORED | In this edition of Investec’s No Ordinary Wednesday podcast, five experts explain what the new year holds for canny investors
Business
5 months ago