In this edition of Investec’s No Ordinary Wednesday podcast, five experts explain what the new year holds for canny investors 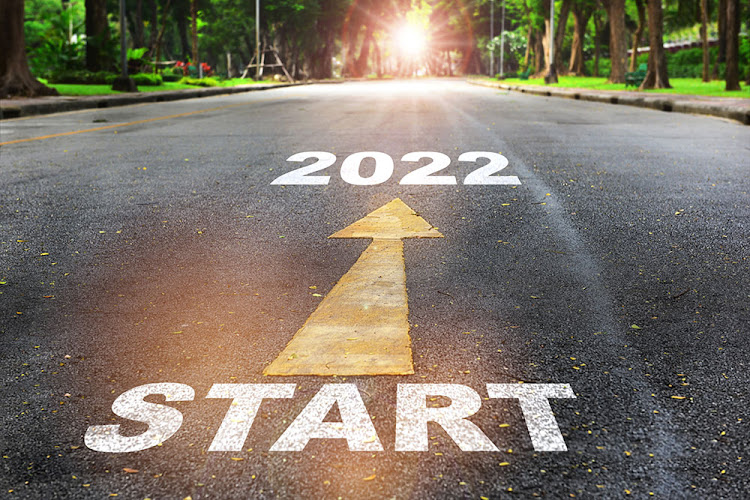 For the year-end bumper edition of Investec’s No Ordinary Wednesday podcast, Jeremy Maggs asked five Investec experts what opportunity for the year ahead excites them most.

LISTEN | Play the link below

“We have an opportunity to start seeing employees as human beings again,” says Lesley-Anne Gatter, head of people and organisation at Investec. “We can imbue their jobs with more meaning and provide a richer experience with trust as a foundation. That’ll help retain people and promote higher levels of performance. The nature of the relationship between employer and employee can be changed for the better.”

Gatter believes the pandemic upended organisational models based on contracts and control, because leaders were compelled to trust their staff to get things done from home.

“Organisations have typically used contracts and compliance to coerce people into being productive,” she says. “That helps management assure various stakeholders that they have control over their people, allowing them to guarantee delivery and profits.”

But this degree of coercion was simply not possible under lockdown. And, to the surprise of some corporate leaders, many employees thrived under conditions of greater flexibility and looser management.

The organisations best placed to flourish under conditions of remote work were those who had consciously worked pre-pandemic to build a culture of trust. Less progressive organisations now face a critical choice: embrace the lessons learned over the past two years or return to a culture of control and compliance.

>> Read more about possibilities in the workplace of 2022

The birth of digital ownership

The metaverse is a digital replication of the physical world that we’ll access via technologies such as augmented and virtual reality, be it for work, play or social interaction. And just as you own things in the real world, you’ll increasingly be able to own digital assets in the metaverse.

“Using non-fungible tokens, or NFTs, we are able, for the first time, to assign property rights to digital goods,” says Chris Becker, blockchain lead at Investec.

While the metaverse may still be some years away from mainstream adoption, digital artwork, books, music and the like are today being tokenised and traded via blockchains and cryptocurrencies. This ability to own digital assets also extends to your personal data, so we can expect to have more control of how this data is used.

Like their physical cousins, digital assets of value could, in theory, be used as collateral to borrow. Becker is excited by the prospect:

“What's going to be very interesting in 2022 is the interaction between NFTs and decentralised finance applications. You’ll have the ability not only to own digital goods but also to unlock additional economic value by using them as collateral for loans.”

>> Read more about possibilities in the digital realm

Greater regulation can crimp innovation and growth. But it’s typically a justified cost of mainstream acceptance. Cryptocurrencies are a case in point.

A common criticism of cryptocurrencies is that their volatility undermines transactional usefulness. But regulation by the US Securities and Exchange Commission, for example, could bring the comfort needed to boost adoption, reduce volatility and increase use cases.

“The extent to which the domestication of crypto will transform various investment opportunities is still unclear,” says Philip Shaw, chief economist at Investec in the UK. “But it could reshape the way that households and businesses manage their payments. There’s already regulation around the cryptocurrency exchanges, but there’s probably more to come regarding who controls supply, as well as the margins for retail and financial investors.”

“There's a deep underappreciation of the extent to which SA consumer spending is likely to pick up,” says Chris Holdsworth, chief investment strategist at Investec Wealth & Investment. “The tax data is showing that formal-sector incomes in SA have recovered to pre-Covid levels. In fact, they've exceeded them. And we know that South Africans are likely to spend whatever increase in income they receive.”

Amid dire unemployment figures and continuing power constraints, it might come as a surprise that the country’s corporate and personal incomes — and therefore taxes collected by the government — are on the rise. For this, we have SA’s mining sector to thank.

While mining is not the dominant economic force it once was, platinum, palladium, iron ore and coal remain some of SA’s most valuable exports. Their global prices have a direct impact on the health of our economy. And while those prices have moderated somewhat of late, they remain high enough for our mining firms to thrive, which has positive knock-on effects.

A profitable mining sector not only boosts tax revenues but also benefits all players in an extensive value chain, culminating in more money for the consumer.

Holdsworth believes this dynamic will find further support in 2022: “Business confidence, despite having rolled over due to the riots we saw in July, is still up materially year on year. It’s the key leading indicator for private-sector job creation in SA, so we can expect to see further employment over the coming 12 months with the associated increases in income and expenditure.”

>> Read more about investment opportunities in 2022

The government’s recent decision to allow companies to self-generate up to 100MW of electricity will mobilise R5bn-worth of investment into SA renewable energy plants over the next two to three years.

“That creates investment opportunities both for our clients as well as for those involved in the actual building of the plants. There's a whole lot of opportunity that comes with this announcement, and we expect to see massive traction in the latter half of 2022,” says Martin Meyer, head of power and infrastructure finance at Investec.

At the same time, Eskom must rapidly procure renewable energy from independent power producers to compensate for the planned decommissioning of coal-fired power plants, and to meet important decarbonisation targets.

All in, more renewable power is set to flow into our grid. And therein lies the opportunity that excites Meyer the most: “We see a big opportunity in energy storage and the grid infrastructure upgrades that Eskom has tabled. The cost of battery storage has come down significantly over the last while, and it's becoming economically feasible for companies and power plants to install. Strengthening the grid infrastructure will generate a host of peripheral opportunities.”

>> Read more about opportunities in infrastructure

MORE ON THIS TOPIC