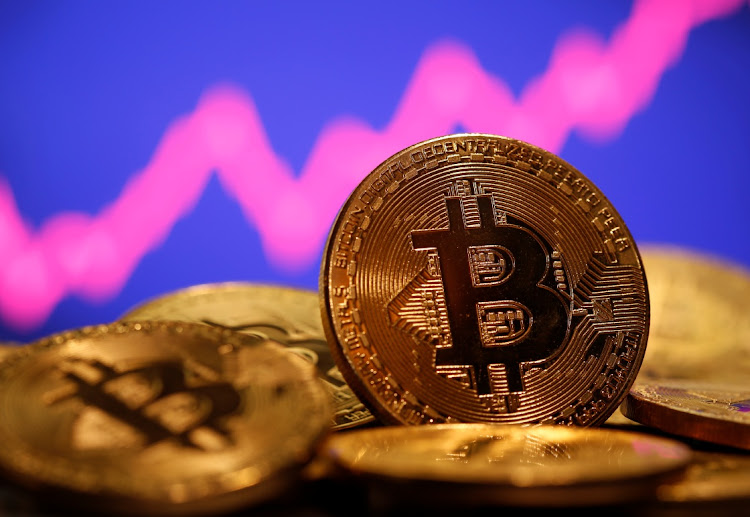 New York — Bitcoin just notched one of its best weeks on record, surging about 40% over the seven days to Friday. Anyone expecting the notoriously volatile digital currency to take a breather at the weekend should have thought again.

It’s on Saturdays and Sundays, when most other assets barely budge, that bitcoin tends to go particularly nuts.

Take the first weekend of 2021. Coming off a 300% gain last year, the world’s largest digital coin rose as much as 14% on January 2 and another 10% on January 3, a period when most of Wall Street was still in holiday mode. The swings were bigger than on any weekday in the prior two weeks and the biggest intraday moves since the weekend before, when it jumped 10% on December 26, according to Bloomberg data.

Bitcoin is not alone in trading all day, every day. What sets the coin apart is how big its price swings are outside established business hours. It’s tough to find pricing for the dollar, for example, with currency-market participants usually in agreement to take weekends off. Bitcoin’s average swing on Saturdays and Sundays during the fourth quarter, on the other hand, was 1.5%.

The cryptocurrency’s weekend volatility spikes are owed to a number of factors. It is held by few people — about 2% of accounts control 95% of all available bitcoin supply. If these whales trade when volumes are thin, price swings will be magnified.

Its market structure consists of hundreds of disconnected exchanges that in effect are their own islands of liquidity.

People always tout bitcoin as 24/7, 365 liquidity, but what that actually means is you have periods of very thin liquidity

“People always tout bitcoin as 24/7, 365 liquidity, but what that actually means is you have periods of thin liquidity,” said Nic Carter, a partner at crypto-focused venture firm Castle Island Ventures. “If you want to deploy $500m of bitcoin, you probably want to do it during core banking hours.”

The crypto market is relatively nascent. Bitcoin, the original crypto, brought forth the movement a little more than a decade ago. According to Greg Bunn, chief strategy officer at digital-asset firm CrossTower, the market remains hugely fragmented from an infrastructure standpoint.

Many platforms operate under different standards and with “different philosophies”, said Bunn, who spent decades with firms including Citadel and Deutsche Bank. Yet it lacks a centralised market structure akin to that of traditional assets, which tend to have common means of custody and settlement, for instance.

To Binance. US CEO Catherine Coley bitcoin’s wild weekend patterns are reminiscent of her time trading currencies in Hong Kong in the early 2010s. Volatility sometimes became subdued during lunchtime lulls and around holidays. Professional traders, she says, tend to keep Monday-to-Friday schedules, so it makes sense that liquidity — or how easily an asset can be traded — would wane on weekends.

What is seen as liquidity requires a steady supply of both buyers and sellers — an ease in freeing up the value of one asset for another. If there are fewer buyers than sellers — or vice versa — it makes transactions harder, a situation that usually leads to either a spike or crash in prices. Last weekend, bitcoin’s price was “absolutely ripping on low liquidity”, said Coley. “In these periods of illiquid times, you’re going to be getting pricing that is a little bit cushioned.”

That could mean someone with a large sell order cannot as easily unload a position over weekend trading. “To some extent, it’s going to be more difficult for them to offload the risk that they’ve got,” she said. “So that’s where you see these weekend moves of dramatic price spiking.”

Mati Greenspan, founder of Quantum Economics, says that while institutional players have been in the spotlight recently, retail investors could be re-entering the space again, as well. They played a big role in bitcoin’s notorious 2017 run-up — and many got burnt when it crashed the next year.

Bitcoin trading volume has increased, hitting a record recently, with about $80bn changing hands weekly, according to data from researcher Messari.

However, the cryptocurrency is still up more than 300% over the past year
Markets
3 months ago

Are crypto-assets going mainstream or staying in the virtual shadows? Common sense dictates that increased and transparent regulation is inevitable
Opinion
3 months ago

Largest cryptocurrency reaches a record high of $28,365
Markets
3 months ago
Next Article

WATCH: Will bitcoin continue its upward trend in 2021?

WATCH: Will bitcoin continue its upward trend in 2021?