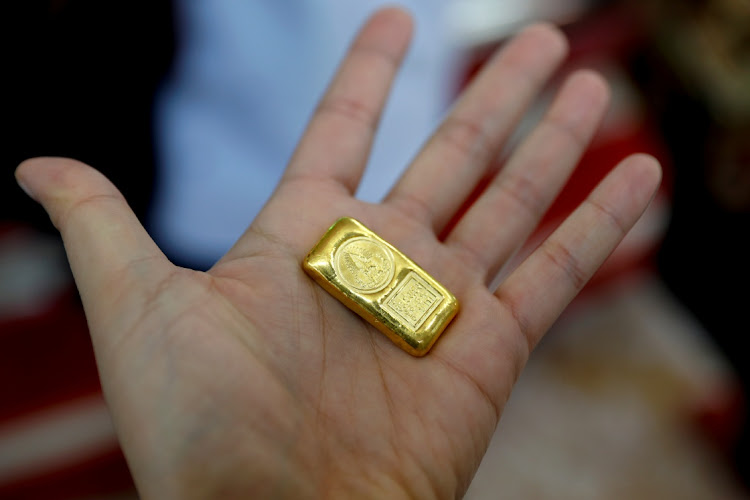 Bengaluru — Gold climbed to its highest level in nearly eight years on Wednesday, as safe-haven demand was boosted by the worry about a surge in coronavirus infections and the hope of more stimulus measures to combat the economic blow.

“The fears of second wave cases, particularly in the US, and also in Latin America, are driving concerns about sustained weakness in the economic recovery and that’s certainly supporting safe-haven assets like gold,” said ANZ analyst Daniel Hynes.

“Continued support that central banks are likely to provide to the market with bond purchasing programmes and monetary easing will clearly keep the rates low for the foreseeable future.”

Central banks worldwide have adopted aggressive stimulus measures and kept interest rates low, helping gold prices surge more than 16% in 2020, as the precious metal is widely seen as a hedge against inflation and currency debasement.

US treasury secretary Steven Mnuchin said the next stimulus bill will focus on getting people back to work quickly and he would consider a further delay of the deadline to file tax returns. Several US states reported record infections and the death toll in Latin America passed 100,000 on Tuesday, a Reuters tally showed.

The EU is prepared to bar travellers from the US because of a surge in its cases, putting the country in the same category as Brazil and Russia, the New York Times said.

Equities inch higher as investors remain stubbornly upbeat, even as Covid-19 cases seem to be accelerating to new peaks
Markets
11 months ago

All eyes are on the release of the supplementary budget, with international attention on the rise in Covid-19 cases in the US and elsewhere
Markets
11 months ago
Next Article