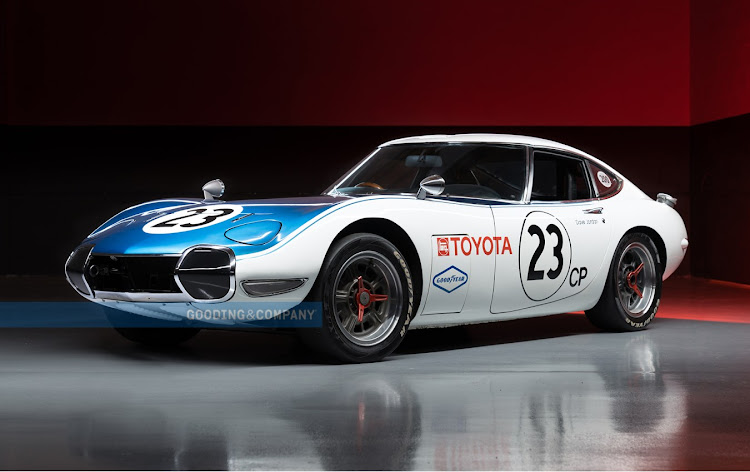 The GT 2000 is an important part of Toyota history and only three Shelby racing versions were made. Picture: SUPPLIED

Wearing its original racing livery, the auctioned car was one of three cars developed by iconic automotive designer Carroll Shelby for use in SCCA C-Production Racing in the US. The Toyota-Shelby team achieved several wins and other podium placings as a successful demonstration of the 2000 GT’s potential.

Having been with the same owner since 1980, the car is in beautiful condition and was awarded first in class at the 2017 Amelia Island Concours d’Elegance. 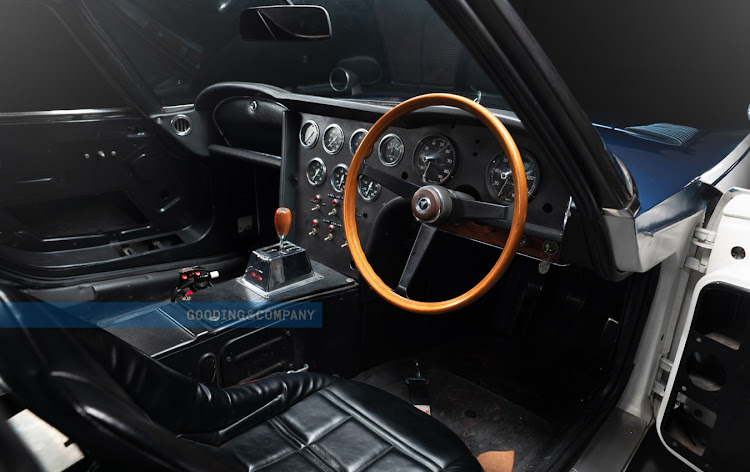 The 2000 GT  is an important piece of Toyota history and came about in the mid-1960s when Toyota sought to create a halo model that would raise international awareness of the Japanese brand. Toyota aimed high, seeking to compete with the finest European sports and GT cars. During summer 1964, Project 280A commenced, which ultimately led to the creation of the 2000 GT.

In developing this all-new sports car, Toyota partnered Japanese motorcycle giant Yamaha for the engineering of a 2.0l, twin-cam six-cylinder in-line engine based on an existing Toyota cylinder block. It has a five-speed manual gearbox and a limited-slip differential.

In racing spec the engine delivered about 156kW output, tame by today’s standards but the secret to the 2000 GT’s satisfying driving experience was its extremely low centre of gravity. Inspired by Lotus’ lightweight Elan, Toyota engineers designed a backbone chassis that allowed the car to sit low to the ground.

Key to the car’s aspirational value was its distinctive styling, with a low height and curvaceous body.

Though Toyota had initially set sales goals of 1,000 cars a year, the high cost of constructing these exotics brought the project to a close after only 351 were built.

At R3.8m the limited-production machine is the most expensive Japanese bike yet sold at auction
Life
5 months ago

Would you pay R280m for a number plate?