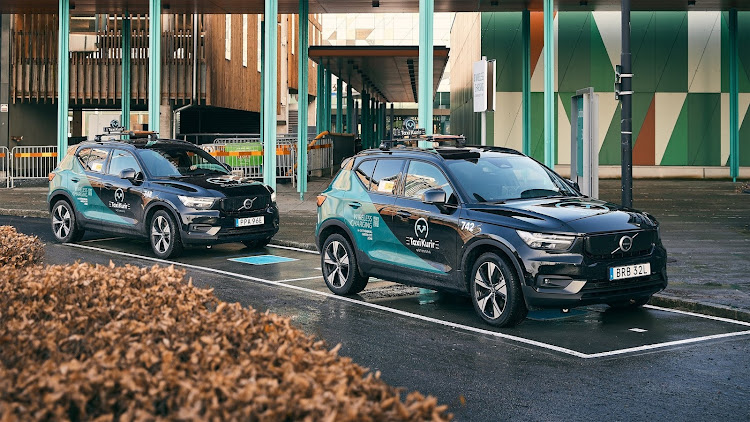 Electric vehicles (EVs) need to be plugged in to charge, but in future they may have the ability to charge wirelessly like some smartphones.

Over a three-year period, a small fleet of fully electric Volvo XC40 Recharge cars will be used as taxis by Cabonline, the largest taxi operator in the Nordic region, and charged wirelessly at stations in Gothenburg, Sweden.

The wireless charging test is one of many projects outlined within the strategic initiative Gothenburg Green City Zone, under which designated areas within the city are used as live testbeds for the development of sustainable technologies.

The charging stations used in the test are supplied by Momentum Dynamics, a provider of wireless electric charging systems. The charging starts automatically when a compatible vehicle parks over a charging pad embedded in the street, allowing drivers to conveniently charge without getting out of their car.

The charging station sends energy through the charging pad, which is picked up by a receiver unit in the car. To easily align the car with the charging pad, Volvo Cars will use its 360° camera system. For the fully electric XC40 Recharge cars, the wireless charging power will be more than 40kW, making the charging speeds around four times faster than a wired 11kW AC charger and almost as fast as a wired 50kW DC fast charger.

In total, the Volvo cars will be used for more than 12 hours a day and drive 100,000km per year, which also makes this the first durability test of fully electric Volvo cars in a commercial usage scenario.

The world’s biggest carmaker plans to have 30 EVs by 2030, with Lexus fully electric by 2035
Life
6 months ago
Next Article