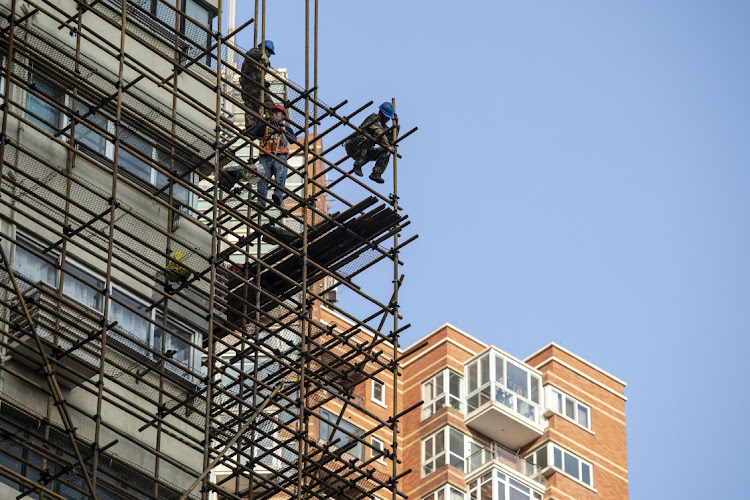 Beijing/Hong Kong — China’s so-called “common prosperity” push in the near term will not only aim to bridge the widening wealth gap but is also set to shape the country’s regulatory approach, with sectors seen crucial for the economy getting more state support.

As part of that move, analysts expect the embattled property sector, accounting for a quarter of the economy, to get more regulatory support, while internet firms will remain a crackdown target due to what Beijing says is disorderly capital expansion.

Global investors who were burned by numerous crackdowns last year will be looking for signs of clear regulatory divergence at China’s rubber-stamp parliament annual meeting starting on Saturday, when policymakers are expected to unveil more stimulus to ease slowing economic growth.

Thousands of delegates from across China will gather in the capital, Beijing, for the meeting that will discuss economic and social policies.

Last month, the Chinese technology sector was hit by fears of a fresh wave of regulatory clampdowns after the last couple of years’ unprecedented changes stemming from antitrust violations and data security concerns, among other issues.

The mammoth property sector, on the other hand, has seen easing of some rules since the beginning of this year, paving the way for debt-laden developers to find their feet after having come close to the brink of collapse.

The move underscores Beijing’s focus on halting the growth slowdown as war in Ukraine adds fresh uncertainty in a year when President Xi Jinping is almost certain to secure a precedent-breaking third term as leader.

“If you were only to look at the regulatory developments ... you would certainly be of the view that the Chinese government is really reining down on tech and they have relaxed their approach towards the property sector,” said Alfredo Montufar-Helu, director of the Economist Corporate Intelligence Network.

“The property sector is seen as a key driver for economic growth, because it leads to investment, it leads to purchase of houses, it leads to property development, but it also carries a lot of demand for other sectors like commodities,” he said.

Both technology and property sectors saw a plunge in their revenues and huge sell-off in their stocks and bonds, as new rules curbing their businesses were framed, hefty penalties for violations imposed, and new capital raising plans thwarted.

Since the end of last year, however, Beijing has taken a number of initiatives to help revive the cooling property sector, which included making it easier for large and state-owned developers to raise funds, easing the escrow accounts for presale funds and allowing some local governments to lower mortgage rates and down-payment ratios.

The regulatory respite being given to the property sector was likely driven by regulators’ concerns about the knock-on effects of the common prosperity measures on the broader economy, according to Montufar-Helu.

In comparison, the technology sector was hit with a spate of tighter regulations, affecting everything from overseas listings to outright bans on industries such as after-school private tutoring, along with a constant stream of fines.

Companies most often on the receiving end have included tech giants such as Tencent Holdings and Alibaba Group.

“Technology and education are under the umbrella of ‘common prosperity’, but real estate is a different issue, because it involves systemic risk,” said Gavekal Dragonomics’ China investment analyst Rosealea Yao.

The central government’s goal for the property sector is clear, Yao said, which is to ensure it manages to emerge from a deep liquidity crisis, so more easing measures will have to be rolled out.

The Hang Seng Mainland Properties index has eased 0.2% this year versus a 6% drop in the Hang Seng index, as some investors bought property shares on low valuations and stimulus expectations.

In comparison, the main Chinese tech share index, the Hang Seng Tech index has fallen 12.1% so far this year.

Louis Lau, a US-based fund manager at Brandes Investment Partners, said he was surprised that regulators were still tightening the screws on the tech sector, dashing hopes for a period of recovery.

“People don’t know when it’s going to end, it’s taken longer than expected,” said Lau, adding that he expected the crackdown to last until the second half of this year.