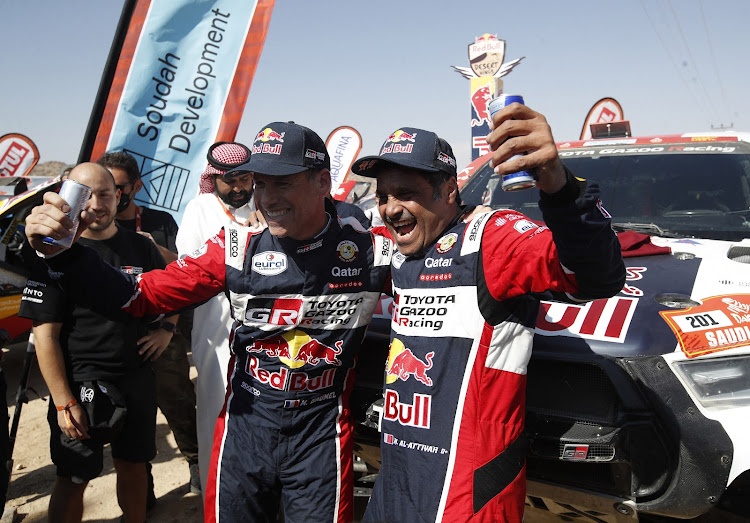 Driving an SA-built factory Toyota Hilux, Al Attiyah had led from the January 1 start in Saudi Arabia and finished in Jeddah 27 minutes and 46 seconds ahead of France’s nine times world rally champion Sebastien Loeb in a Bahrain Raid Xtreme car.

Saudi driver Yazeed Al Rajhi was third with the Overdrive Toyota team, his first podium finish in the event.

Friday’s stage was won by SA’s Henk Lategan in another Hilux but he finished 31st in the overall standings after losing time with car damage early in the rally.

Al Attiyah won the Dakar when it was held in South America in 2011, 2015 and 2019 with Volkswagen, Mini and Toyota respectively.

He is now the joint-second most successful car driver in the history of the event, tied with Finland’s four times winner Ari Vatanen and behind France’s eight times winner Stephane Peterhansel who also won six times on a motorcycle.

“We had finished second every time since we came to Saudi Arabia two years ago, now we’re really happy to achieve our goal,” said the Qatari.

“We opened up a gap on the first day and have since managed our lead. We’re really happy, and I reckon we’ll start thinking of the next Dakar in a week or 10 days.” 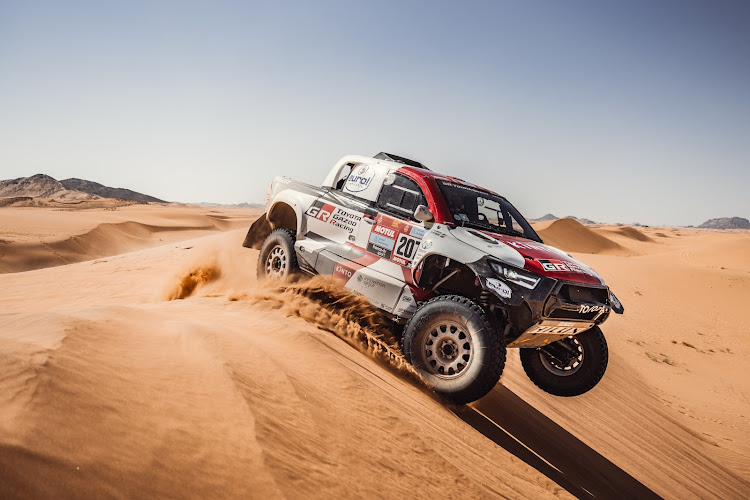 GasGas rider Sunderland, who took his first title in South America in 2017, finished three minutes and 27 seconds ahead of Chilean rider Pablo Quintanilla on a Honda. Austrian Matthias Walkner was third for KTM.

“I honestly can’t be happier. This last stage was so difficult and so much stress,” said the Dubai-based 32-year-old after the 164km stage from Bisha to the Red Sea Port city of Jeddah.

“A lot of navigation, a lot of tricky notes, a few times a bit confusing and not sure if I was going the right way. Honestly, my head can explode. What a feeling.

“The last 10 minutes, I was not sure whether I’d won and now they’ve told me and, wow, dream come true.”

The Dakar Rally began in 1978 as a race from Paris across the Sahara to the Senegalese capital but switched to South America in 2009 for security reasons.

One of motorsport’s most dangerous and gruelling events, the rally moved to Saudi Arabia in 2020 and is now in its 44th edition.