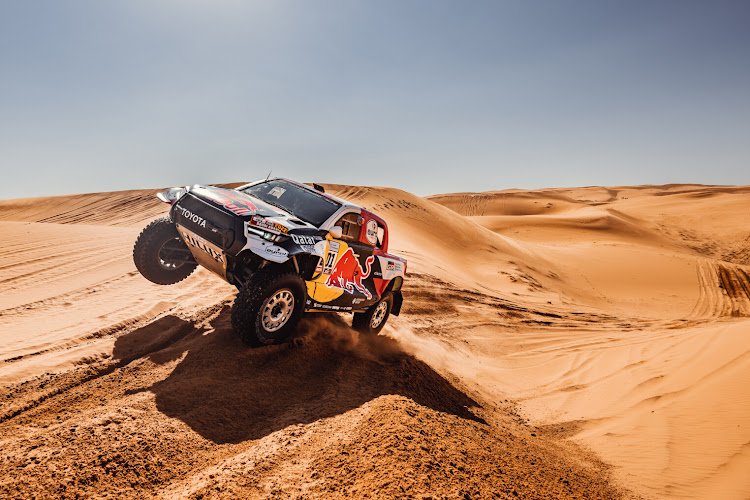 Qatar’s Nasser Al Attiyah stayed comfortably ahead in the Dakar Rally as Sebastien Loeb moved back into second place with a stage victory at the start of week two in Saudi Arabia on Sunday.

Al Attiyah, chasing his fourth Dakar title in the desert dunes, was second in the 402km timed seventh stage from the capital Riyadh west to Al Dawadimi but more than five minutes slower than Loeb.

“The second week of the Dakar is another race. Today from the beginning we were not pushing but in the last part we pushed a bit just to see,” said the Qatari, runner-up last year to French Dakar great Stephane Peterhansel.

Loeb said he had engine problems in the last 50km, costing him precious time.

“There is no strategy. We’ll do our race, try to attack and see what happens in the end,” he said.

SA’s Giniel de Villiers dropped from fourth to eighth overall after a broken oil pipe on his Hilux put paid to his podium aspirations, just 130km into the 402km-long stage.

He and navigator Dennis Murphy set about repairing their stricken car with the aid of teammates Henk Lategan and Brett Cummings. The four-man team managed to repair the Hilux, and secured engine oil from good Samaritan competitors before driving to the end of the stage together.

This diversion cost Lategan 44 min 42 sec, leaving them in 36th place overall, 10hr 22 min 38 sec behind Nasser. De Villiers is 1hr 47 min 14 sec off the leader, and out of contention for a podium position. 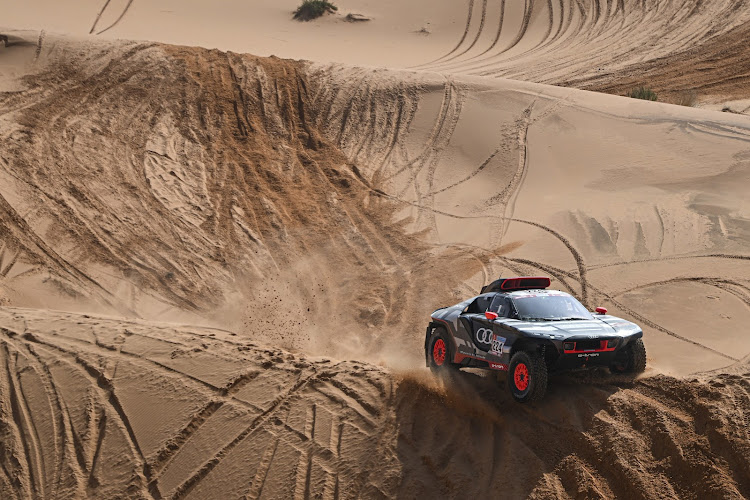 Despite being out of podium contention due to mechanical and navigation problems, Audi has made an auspicious Dakar rally debut with its three RS Q e-tron electric hybrid cars, scoring six podium finishes including victory in stage four by Carlos Sainz and navigator Lucas Cruz.

Mattias Ekström as the best Audi driver is in 14th place overall, Sainz is 25th and last year’s winner, Stéphane Peterhansel, is 71st.

The team has had its fair share of troubles, particularly with suspension problems, but the electric power train itself has run reliability so far.

On Sunday, Frenchman Adrien Van Beveren took the overall lead in the motorcycles from Britain’s Sam Sunderland, who fell back to fourth and some five-and-a-half minutes off the pace after finishing 28th.

Australian Daniel Sanders, Sunderland's GasGas team mate who won the first and sixth stages, was taken to hospital after crashing and injuring his left arm on the way to a timed stage in which he had been due to lead off.

“It was a bit of a rough day. It started out bad for Sanders with a crash in the liaison and then the stage was really difficult with the navigation,” said Sunderland.

The rally ends in Jeddah on Friday.