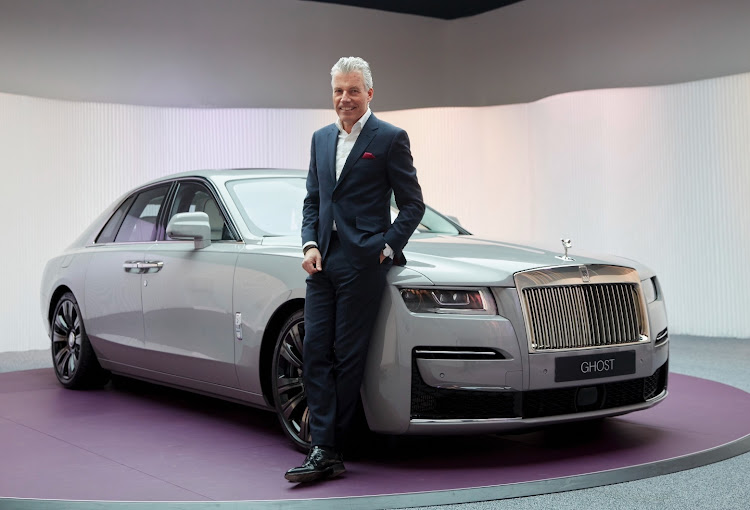 London — Luxury carmaker Rolls-Royce, a unit of Germany’s BMW, said on Monday its sales soared 49% to a record high in 2021 despite the global coronavirus pandemic, as demand worldwide for luxury vehicles surged.

In an online presentation, Rolls-Royce CEO Torsten Müller-Ötvös said the carmaker sold 5,586 vehicles to customers in more than 50 countries, the largest number in its 117-year history.

Growth has been driven principally by the Ghost, with demand surging further, after the launch of Black Badge Ghost in October 2021. This, together with the continuing pre-eminence of Cullinan SUV and the marque’s pinnacle product, Phantom, has ensured order books are full well into the third quarter of 2022.

Sales for the luxury car company went up nearly 50% in 2021. Müller-Ötvös discusses the company's performance and outlook.

Bespoke commissions remain at record levels, with magnificent individual examples including the spectacular Phantom Oribe co-created with Hermès, alongside the Phantom Tempus, and Black Badge Wraith and Black Badge Dawn Landspeed Collection cars. The company signalled its commitment to leading a new contemporary coachbuilding movement with Rolls‑Royce Coachbuild becoming a permanent fixture in its future portfolio, and with it the unveiling of its latest coach-built masterpiece, Boat Tail.

“I don’t think anyone would disagree with me that 2021 was the most volatile, unpredictable and challenging year for businesses across the board,” Müller-Ötvös said.

“However, in the luxury sector as a whole, the struggle was not so much focused on attempting to find customers, but rather producing enough product to satisfy huge customer demand.”

He said that sales hit all-time records in most regions, including China and the Americas.

Premium and luxury car sales have been growing more broadly in key global markets such as China and the US as pandemic travel restrictions have left wealthy consumers with more disposable income.

Müller-Ötvös said that the carmaker’s British plant in Goodwood was running at close to maximum capacity and its order books were full well into the third quarter of 2022.

“If you order a Rolls-Royce today, you will expect to take delivery of it about a year from now,” he said.

Luxury British carmaker Bentley, a unit of Volkswagen, said last week that it had cruised to a record year in 2021 as global sales jumped 31% amid strong demand for high-end vehicles.

Last week BMW said it had achieved record sales of over 2.2-million vehicles from its BMW brand in 2021, outstripping 2019 sales despite a global shortage of semiconductor chips.

Rolls-Royce has committed to going all electric by 2030. Its first electric car, Spectre, will be brought to market by the fourth quarter of 2023.

Spectre, which will be built on the architecture found in the Phantom, heralds a new era for the luxury brand
Life
3 months ago
Next Article