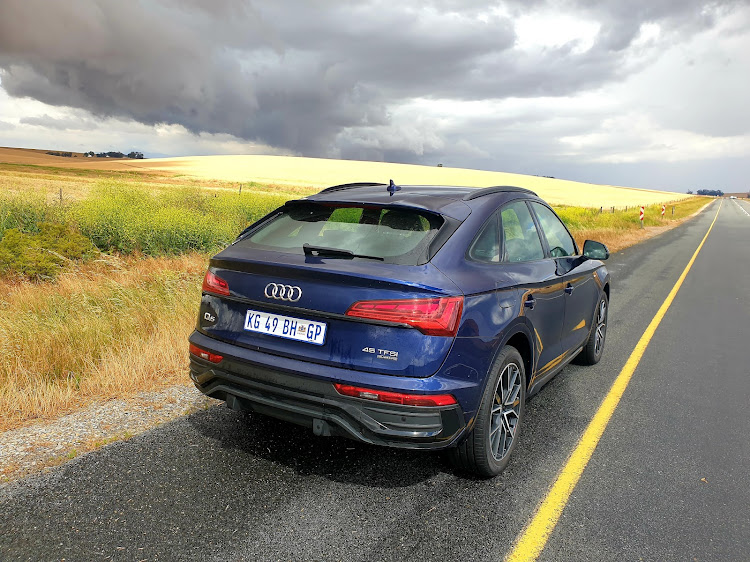 The plush ride quality stands out as one of the Q5’s best features. Picture: DENIS DROPPA

Responding to the growing popularity of sleeker-styled SUVs, Audi has launched a Sportback version of its Q5 in SA.

It joins vehicles like the Mercedes GLC coupe, BMW X4 and Audi's own Q3 Sportback in offering four-door SUV practicality under a sportier, coupé-like roofline, providing a shot of styling pizazz to go with the roominess and ride height SUVs are popular for.

It's the first time the Q5 has been made available in this so-called crossover utility vehicle (CUV) style, and the new four-model range joins Audi’s line-up alongside the existing, regular-shaped Q5.

There isn’t a significant loss of headroom under the Sportback’s swoopy roof, and the rear seat accommodated my 6ft frame without my head touching the ceiling. It’s a roomy vehicle with sufficient space for four to five adults, and has nearly as much family practicality as its more conservatively-styled peer except for the boot shrinking from 520l to 510l, and from 1,520l to 1,480l with the rear seats flipped down.

The extra shot of style doesn’t come cheap and the Q5 Sportback carries a premium of between R89,000 and R147,000 over equivalent models in the standard Q5 range, though the Sportback comes with additional standard features including sports suspension and high-gloss paint finishes.

The engine line-up in the Sportback mirrors that of the regular Q5, which is the German premium brand’s best-selling vehicle range to date this year with nearly 250,000 sales worldwide.

The 45 TFSI is powered by a 2.0 petrol turbo with 183kW and 370Nm and a claimed 0-100 sprint in 6.3 seconds and a 237km/h top speed. It has a mild hybrid system (MHEV) that saves fuel by recuperating braking energy and storing it in a compact lithium-ion battery. It enables the Q5 45 TFSI to coast with the engine off and saves about 0.3l per 100km, claims Audi. 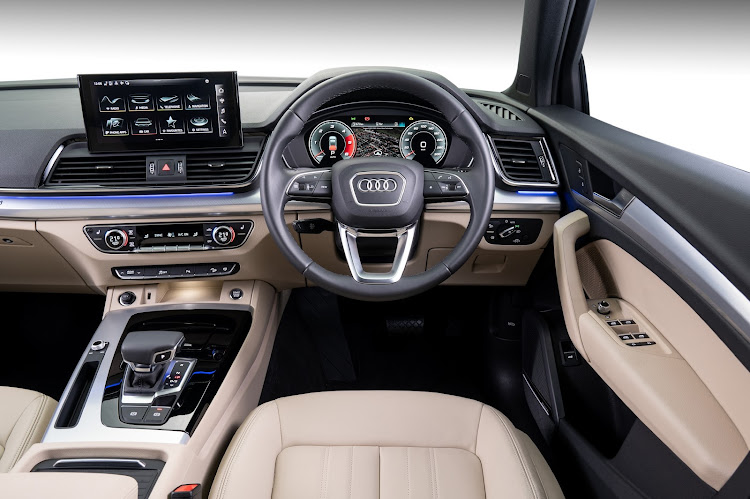 Both these four-cylinder versions are paired with seven-speed S tronic transmission and quattro drive.

The range-topping SQ5 brings 260kW and 500Nm to the party via a 3.0 V6 petrol turbo engine with quattro drive and an eight-speed tiptronic transmission, blitzing  the 0-100 sprint in a hot-hatch-like 4.9 seconds along with a 250km/h top speed.

The rapid SQ5 didn’t make it to the SA launch held in Cape Town last week, but I drove the 2.0 models.

Both were equipped with adaptive air suspension, a R38,000 option that allows the ride height to be adjusted over a 60mm range: elevated for unpaved roads and lowered when driving fast on smooth tar.

The plush ride quality stood out as one of the Q5’s best features in our amble through the Western Cape, and though gravel roads were not part of the route, the vehicle wafted over bumpy tar with an impressively cushy feel.

The smooth ride didn’t come at the cost of handling, and during our rain-hit drive the hefty 1.9-ton SUV swept through slippery mountain passes with neat composure. It didn’t feel top-heavy and the quattro drive provided solid traction through wet corners.

Both engines deliver easy cruisability with decent punch, along with soft-spoken refinement. The 45 TFSI petrol feels perkier but the 40 TDI’s gutsy torque and better fuel economy (it claims 7.3l / 100km versus 9.7l for the petrol) may make it the better all-round choice in the range. 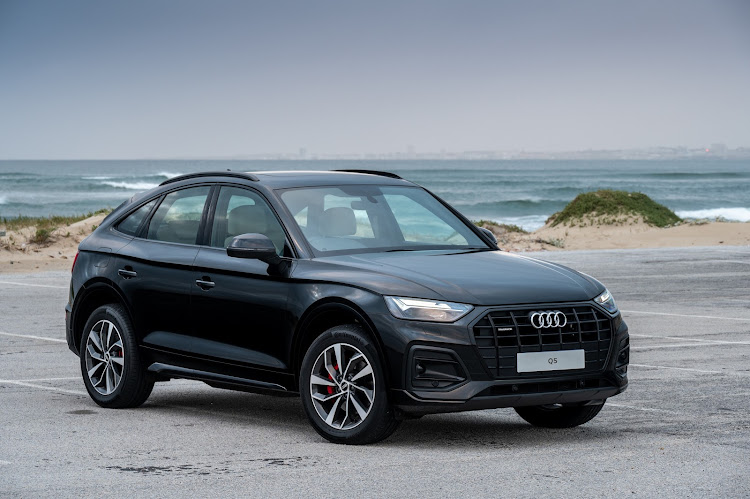 Glitzy OLED tail lamps are an optional feature in the Q5 Sportback and also in the regular Q5 which has received minor revisions. The organic light-emitting diodes enable the rear lights to display different animations when the car is locked and unlocked.

The OLED rear-light cluster has proximity detection if the car is equipped with either adaptive cruise control or active lane assist. If a road user approaches a stationary Q5 from the rear to within less than two metres, all the OLED segments light up as a warning.

The Japanese SUV competes in the same market as BMW X3, Mercedes-Benz GLC and Volvo XC60
Life
1 year ago

The powerful SUV is a thrilling drive, if compromised by turbo lag and an overfirm ride
Life
2 years ago
Next Article