Opel to bring back Manta as brand goes all-electric

Opel’s sketch of the Manta E, which will be an electric-powered coupé-like crossover with four doors. Picture: SUPPLIED

Opel will revive the Manta coupé as part of its ambition to have a fully electric line up of cars in its main market of Europe by 2028.

In line with a new electrification strategy announced by parent company Stellantis, Opel also said it would enter the world's largest vehicle market, China, as a purely electric brand.

Stellantis — which was formed from a merger between PSA (which owns Opel) and Fiat Chrysler —  joins a growing number of carmakers that are heavily investing in electrified cars to meet more stringent anti-pollution laws. This week, the EU is expected to announce even stricter emissions-cutting measures over the next decade, including banning sales of new petrol and diesel cars in the EU by 2035.

“As of 2028, Opel will only offer electric cars in our core market Europe,” said CEO Michael Lohscheller. “The future of the automotive industry is electric — and Opel is part of that. We are on a journey to reinventing Opel and transforming ourselves into a young, green and global brand,” Lohscheller added. 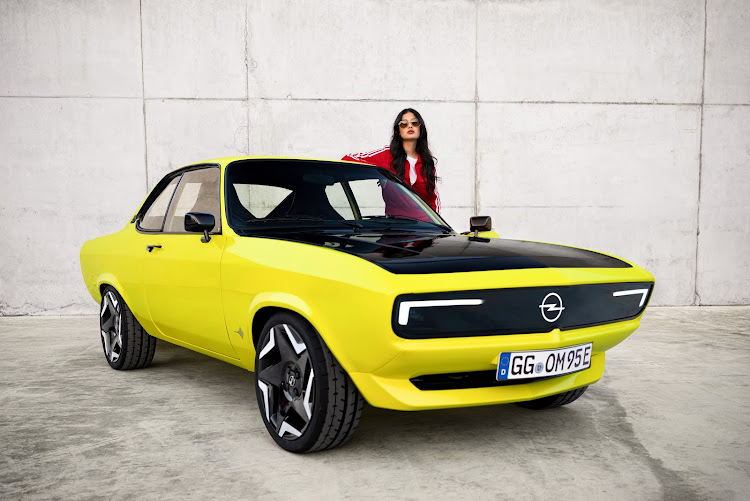 Opel sparked some Manta mania by unveiling this one-off Manta GSe ElektroMOD in May. Picture: SUPPLIED

He said Opel would reinvent the Manta, a rear-wheel drive sports coupé built in two generations from 1970 to 1988, the first generation of which was sold in SA. The decision to put the car into production was driven by positive feedback to the Manta GSe ElektroMOD that Opel unveiled in May, which saw an old Manta converted into a so-called restomod with an electric motor and a new design.

“The Manta is a real icon in our brand’s history and an inspiration for its future. We will bring a new Manta into serial production by mid-decade. Purely electric, of course,” said Lohscheller.

Opel is on a major electrification drive and will have nine electrified models for sale 2021 — including the Corsa and Mokka — and all its cars will be available in electrified versions by 2024.