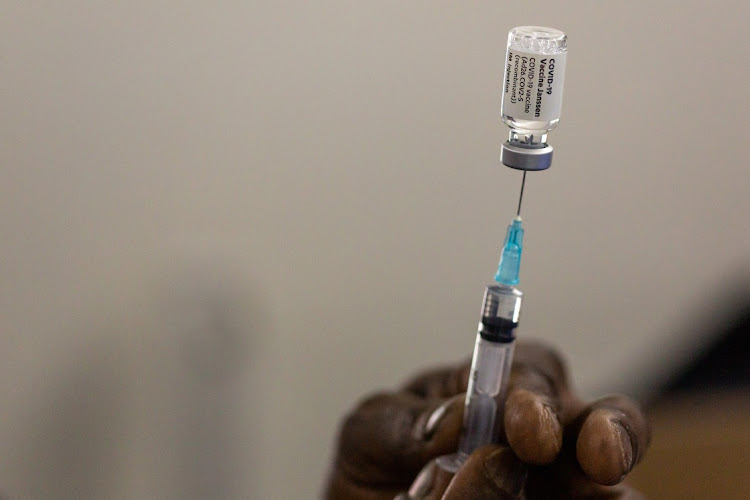 London — Vaccines never promised us perfect protection. Yet studies are showing that our defences are declining faster than expected.

One from Oxford University published last week showed that the efficacy of the BioNTech/Pfizer vaccine was halved after four months. Another, published Tuesday by the US Centers for Disease Control, reported that since the Delta variant became predominant, the efficacy of mRNA vaccines against infection decreased to 66% from 91% among front-line workers.

If Covid-19 vaccines are a leaky roof, how do we plug the gaps? Most of the discussion so far has focused on booster shots as the best way to top up immunity levels. That’s understandable. Vaccines often require boosters and it’s hard to argue against repeating something that’s working. However, there are non-vaccine solutions that merit attention too.

Wednesday’s announcement by Pfizer and Johnson & Johnson, that a booster dose of their vaccines produced more than three times the neutralising antibodies of the second dose, will surely add to the clamour for a third shot.

Israel’s booster programme is well under way and the Biden administration is reportedly planning to recommend Americans get booster shots six months after their second dose, instead of eight months after. The UK looks set to follow with a more limited booster programme for the most vulnerable. The European Medicines Agency is expected to give its recommendation any day now. France and Germany appear set to roll out third doses for some groups from September.

But boosters aren’t our only option, and in some cases they may not even be our best.

“Boosters are a knee-jerk reaction to Delta,” says Oksana Pyzik, a lecturer at University College London School of Pharmacy. She notes that given different vaccines of varying efficacy, alongside new variants, it’s difficult without more research to judge their impact on the metrics that matter most: hospital admissions and deaths. Boosters are also controversial given the need to get limited vaccine supply to low-income countries.

Fortunately, there is another promising option: preventive Covid-19 treatments using monoclonal antibodies. These are lab-made proteins that boost the immune response to infection by binding to particular sites on the SARS-CoV-2 spike protein. The technique was developed over 35 years ago and more recently used against the Ebola virus.

Several cocktails, including the one from Regeneron Pharmaceuticals that was administered to Donald Trump after he  tested positive for the virus, have received emergency use authorisation from the US Food and Drug Administration. Regeneron’s treatment (made in collaboration with Roche) also just received approval from the UK regulator. Its cocktail is offered for free in the US and usage has skyrocketed in recent weeks. The treatment is heading towards $3bn in sales this year, according to a UBS analyst note.

There are now monoclonal antibody treatment centres in both Texas and Florida, where they have been promoted by Republican governors who have sought to ban vaccine passports and limit mask mandates at schools.

The most interesting of these Covid “mAbs,” as they are called, could well be AstraZeneca’s AZD7442 — or what it calls a long-acting antibodies (LAAB) treatment — which has just reported some impressive late-stage trial results. After an earlier trial failed, AstraZeneca launched its Provent study to test a therapy combining two human monoclonal antibodies discovered by Vanderbilt University Medical Centre and licensed to the company in June 2020.

The trial found a 77% reduced risk of developing symptomatic Covid-19 with the treatment compared with the placebo in a study of more than 5,000 participants, more than three-quarters of whom had comorbidities, including conditions that reduce the immune response to the vaccine.

What makes this monoclonal antibody cocktail especially interesting is its longevity. One drawback of the class in general is that they don’t last very long: An injection or infusion to prevent infection or resolve symptoms might last a few months. AstraZeneca’s special sauce is its proprietary method, a half-life extension technique called YTE, which increases the amount of time that the antibodies have a therapeutic effect, making the treatment potentially three times more durable than conventional antibodies.

A treatment delivered in a single intramuscular injection that lasts 12 months or more could be a game-changer for those who can’t have the vaccine for some reason, are immunocompromised or are front-line health-care workers.

Though research suggests certain mAbs can reduce the risk of hospital admission or death, AstraZeneca’s treatment still has to go through a peer review of the data and regulatory approval. We also need more evidence on effectiveness against the Delta variant. Scientists will want to verify that the approach does not weaken the vaccine’s effectiveness as can sometimes happen with virus-specific antibodies, and that it really does provide the longevity that is central to its appeal (the Provent study will follow patients for 15 months).

Meanwhile, AstraZeneca is already producing doses of AZD7442, which is being developed with US government funding that includes a deal to supply the US with 700,000 doses (reportedly for up to $726m). The company is in talks with other countries, too. If the treatment passes regulatory hurdles, the hope is that it could be approved by the end of this year, making it the first long-acting Covid-19 treatment that is not a vaccine.

Obviously, this would be good news for AstraZeneca, which encountered plenty of bumps on the road to its vaccine rollout and has been criticised for being overly boosterish about its projects. The company will not speculate on the exact size of demand, but given the US order and estimates that some 2% or more of the population would be prime targets to receive the treatment, it is not hard to get to millions of doses pretty quickly. Whether the company could meet high demand given the complexities of manufacturing and demand for raw materials is another question.

Vaccines still give us high levels of protection from serious illness. But questions about timing, efficacy and vaccine equity when it comes booster shots remain. We will need more than that in the arsenal against Delta and other variants. “Monoclonal antibodies” is a lot harder to say than booster, but we might just have to get used to it.