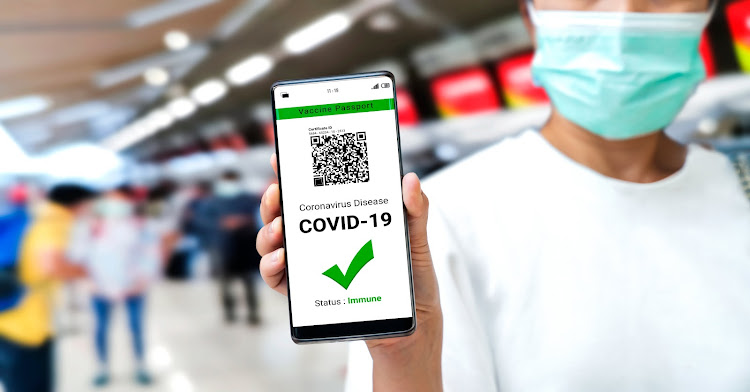 One of my great concerns about the pandemic was that it would hinder the global mobility of people and labour, perhaps permanently. Unfortunately, my worst fears are being realised. As Covid-19 mutates, it is affecting not only tourism and business travel but migration more generally.

Fast forward to the present day. The US is not on track to take in many Afghan refugees at all. The political climate on immigration has turned much more negative, but there is also what I call “the Covid talking point”. If a critic of refugee resettlement wants to freeze a risk-averse but otherwise sympathetic bureaucracy, he need only ask one simple question: “But how many of them are vaccinated?”

I am struck also by the recent decisions of Croatia and Austria to place “expiration dates” on the vaccinations of visiting tourists. Until this decision, it sufficed to be vaccinated to visit either country, though there were possible other restrictions. Now, if it is 270 days since your last vaccine dose, your vaccinated status will no longer get you into the country.

This is especially discouraging because Croatia had been one of the most open countries to visitors. It also heralds a broader policy of continually shifting standards and uncertainty about travel restrictions. It just got more difficult to organise a group trip to Croatia for the spring of 2022, because who knows what the entry standards will look like by then.

If three doses are so important, should people be allowed to travel with only two doses? The bar is raised yet again.

In the US, President Joe Biden’s administration is now pushing third booster shots for people who already have been vaccinated. That might be a good idea, but it too creates additional uncertainty for travel and migration, and for social interaction more broadly. If three doses are so important, should people be allowed to travel (or for that matter interact indoors) with only two doses? The bar is raised yet again.

Of course, the issues do not end with the third dose. If the efficacy of the second dose declines significantly in less than a year, might the same happen with the third dose? How long before four doses are necessary, or maybe five? Or what if yet another significant Covid-19 variant comes along, and only some people have a booster dose against that strain? What then counts as being “sufficiently vaccinated”?

Many Americans seem to be keen to get their third dose, but by the nature of counting that number is fewer than the number willing to get two doses. Furthermore, many people might just tire of the stress of dealing with a stream of obligatory booster shots and stop at one or two.

The sad reality is that the “two-dose standard” may not last very long, whether abroad or domestically (the same is true of the even weaker one-dose standard with Johnson & Johnson and AstraZeneca). Vaccine mandates will become harder to define and enforce, will be less transparent and will probably be less popular.

If you tell people that three doses are needed for safety, but two doses are enough to get you into a concert or government building, how are they supposed to sort out the mixed messages? It is not obvious that enough people will get the third dose in a timely manner to make that a workable standard for vaccine passports.

Add to that the problems with the Johnson & Johnson vaccine, which originally the government urged people to get. Now those people are not being given comparable chances to obtain boosters, in fact, they are not yet being given specific guidance at all. Are they orphaned out of any new vaccine passport system, or will (supposedly dangerous?) exceptions be made for them? Or do they just have to start all over?

The big international winner from all this is likely to be Mexico, which has remained an open country and is not relying on vaccine passports. In general I do not admire Mexico’s lackadaisical Covid-19 response, but the country may end up in a relatively favourable position, most of all when it comes to tourism and international business meetings.

As for the US and Europe, the temptation to escalate required safety measures is understandable. But the previous vaccine standards were largely workable ones. If they are made tougher, they might break down altogether.

In the meantime: anyone interested in a trip to Oaxaca?

• Tyler Cowen is a Bloomberg Opinion columnist. A professor of economics at George Mason University, he writes for the blog Marginal Revolution. His books include ‘Big Business: A Love Letter to an American Anti-Hero’.

Excelsior Pass is the first government-issued proof of vaccination in the US, but it won’t be the last
Opinion
1 year ago

If such passports are not implemented soon, the global travel industry will struggle as travellers will have to pay for costly PCR tests or ...
Opinion
1 year ago

As soon as they are inoculated, many Americans want to up and go, spending much less time than usual on planning their getaways
Life
1 year ago

The push for an international travel pass seems all but ideal in a world still ruled by travel restrictions to curb the spread of coronavirus ...
Life
1 year ago
Next Article