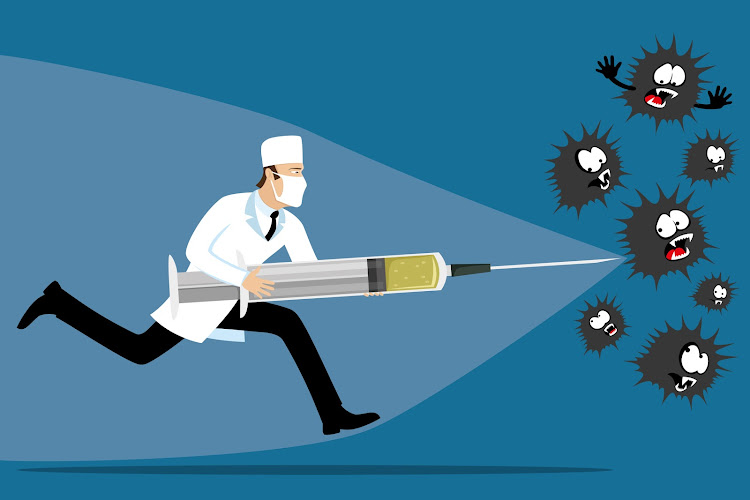 New York — Most vaccinated Americans are unlikely to need Covid-19 booster shots for months, or even years, despite the rise of infectious variants and the continued spread of the virus, according to top scientists.

Pfizer has been touting a plan to apply for clearance this summer for a third shot of its messenger RNA vaccine. But vaccine experts and health officials in the US and Europe say that while a booster may eventually be needed, existing shots remain effective in preventing severe disease, including against all known variants.

Within weeks, or certainly months, health officials will have new data from the first people to get the Pfizer and Moderna shots in trials. That will offer a hint about possible immune system changes over the long term, answering crucial questions about the durability of vaccines as the super-infectious Delta variant continues to boost infection rates worldwide.

“Right now there doesn’t seem a reason to need a booster,” said Sean O’Leary, a paediatric infectious disease specialist at the University of Colorado. “There are legitimate concerns about the motivations about Pfizer’s statement, given it’s in their financial interest to promote this concept. That doesn’t mean to say they’re wrong, but we need to follow the science.”

The debate follows July 8 comments by Pfizer research head Mikael Dolsten that the drugmaker plans to seek US authorisation in August for a third dose, based on early data showing it can increase immune protection. CEO Albert Bourla has also weighed in on Twitter.

“We share a sense of urgency in staying ahead of the virus that causes Covid-19,” Jerica Pitts, a company spokesperson, said in an e-mail on Wednesday. “We also agree that the scientific data will dictate next steps in the rigorous regulatory process that we always follow.”

To determine whether and when boosters will be needed, experts say there are three questions that government health officials will need to answer:

Immune responses from vaccines can fade over time, regardless of virus mutations. So far, early data show messenger RNA vaccines — the type developed by the Pfizer-BioNTech partnership and Moderna — are effective for at least six months.

Meanwhile, more data will roll in as the anniversary of the start of final-stage trials approaches.

“Whether it’s at a year or 18 months, we may get data that tell us a booster shot is needed, out of an abundance of caution,” said Peter Marks, who heads the Food and Drug Administration unit that evaluates vaccines.

Measuring the level of neutralising antibodies in patients is one easy parameter to look at in evaluating whether protection is fading, though it’s not yet clear whether it is the only important variable. With some fading of the blood antibody levels expected, federal officials won’t be relying just on this factor in making their decisions.

Shane Crotty, a researcher at the La Jolla Institute for Immunology who has been studying immune responses to the vaccines, says other factors are involved as well. Crotty notes that vaccines also help produce T cells that can kill virus-infected cells in the body, and so-called memory B cells, which can remember a virus and rev into gear to stimulate production of more antibodies if the threat returns.

“I see no sign that boosters are needed imminently for healthy adults,” Crotty said. “Pretty much everything on the vaccine side has been encouraging.”

In a study funded by the US National Institutes of Health (NIH) and published in June in Nature, researchers at Washington University in St Louis examined the lymph nodes of 14 vaccinated patients and found signs the vaccines had stimulated long-lasting immune response centres.

“The findings add evidence that people who received mRNA Covid-19 vaccines may not need an additional ‘booster’ shot for quite some time,” NIH director Francis Collins wrote last week  in a blog post.

BioNTech and Moderna have also weighed in on the need for boosters.

“At the end of the day, it really matters that we get this pandemic under control, and we will not get it under control without boosting. That’s my opinion,” BioNTech CEO Ugur Sahin said at a virtual conference held by Stat News.

Moderna, meanwhile, calls the booster situation “a complex and evolving landscape,” and says it regularly shares data with federal officials, according to a statement.

Vaccines for Covid are often compared to flu shots, which must be given every fall. But there are important differences. MRNA vaccines for Covid — with an initial efficacy of about 95% — start in a far better place than flu vaccines, whose efficacy is notoriously mediocre. That leaves room for a decline before a boost becomes urgent.

Covid also has a longer incubation period than flu, which gives the immune system memory cells generated by the vaccines more time to kick in, said Paul Offit, a vaccine researcher at the Children’s Hospital of Philadelphia. The coronavirus may not mutate as rapidly as the flu.

None of this means boosters won’t make sense at some point. Boosters are “entirely conceivable, maybe likely”, Anthony Fauci, the top US infectious disease specialist, said in a television interview.

If boosters do become warranted, those most likely to need them first would be people over 75 or those with compromised immune systems.

But booster decisions can’t be seen as being driven by drug companies, said Peter Jay Hotez, a vaccine researcher at Baylor College of Medicine. Pfizer’s “disruptive” comments on the chance of a booster were “tone deaf” and played into the hands of vaccine opponents, he said.

US health officials aren’t alone in exploring the issue. In a joint statement last week, the European Medicines Agency (EMA) and the European Centre for Disease Prevention and Control agreed there’s not enough data from vaccination campaigns or studies to confirm if booster shots will be needed.

The EMA, though, said it remains engaged with vaccine developers to co-ordinate the submission of data quickly if it becomes clear boosters are needed.

Meanwhile, vaccines by manufacturers in China and Russia use different technologies than mRNA, and many other countries are using them to vaccinate their populations.

Health officials from Thailand to Bahrain and the United Arab Emirates, concerned that the Delta variant may be breaking down the defences of non-mRNA vaccines, are offering extra doses to some already inoculated by vaccines from Chinese makers Sinovac Biotech and Sinopharm Group.

One reason for the debate is that the science behind Covid-19 boosters is unsettled. There are no agreed-upon blood measurements that scientists can use to confidently determine when protection has eroded.

So deciding when a third jab is needed will be a judgment call by public health officials, one that may differ from country to country. US authorities emphasise they won’t rely only on drug company data in making their decision.

Perhaps the easiest parameter to consider is by determining how much levels of neutralising antibodies are reduced over time. In a Nature Medicine study, Australian researchers modelling data from multiple vaccines showed that neutralising levels were predictive of vaccine efficacy and that efficacy is likely to wane as the antibodies decline.

But the study also suggests that efficacy against severe disease might hold up much longer than symptomatic disease.

If waning immunity is the main reason boosters are needed, the solution will be simple. People can just get a third dose of the existing vaccines.

From the start of the pandemic, scientists have worried that the virus will somehow mutate to defeat the mRNA vaccines. If that happens — and it hasn’t yet — it may require a different type of booster, one modified to produce spike proteins present in the new strains.

So far, variants only appear to be nibbling away at the efficacy of the best vaccines. But to be prepared, both Pfizer and Moderna are testing vaccines against the immune-evading Beta variant, first spotted in SA. Pfizer also plans to test a booster customised against the Delta strain, though it is not sure it will be needed.

Federal officials, meanwhile, are carefully monitoring new variants for signs that they’ve gained the ability to escape vaccines. One signal for this: A new variant pops up that suddenly starts producing a disproportionate number of breakthrough cases or hospital admissions.

Ultimately, real-world efficacy will play a crucial role in whether booster shots are recommended.

At a June 23 meeting of the CDC’s advisory committee on immunisation practices, a CDC official said the agency was closely monitoring a number of real-world studies gathering data from various US hospitals and health-care systems that could produce data in the early fall.

“Where the rubber meets the road is going to be what we see happening in the real world,” the University of Colorado’s O’Leary said. “That’s the most important question.”

If a third shot is needed, Crotty notes this doesn’t imply people will need to keep getting them indefinitely. That’s because the immune system scales its response to the perceived magnitude of the threat, and a third dose may produce a far longer-lived response to the first two.

“Everyone wants an answer before we have data,” Andrew Pavia, chief of the University of Utah School of Medicine’s paediatric infectious diseases division, said. Recommending boosters prematurely would use up valuable shots that could go to billions of people around the world who aren’t vaccinated at all, he said.

Guillain-Barre syndrome is a disorder in which the body’s immune system attacks the nervous system, causing muscle weakness and potential paralysis
National
2 weeks ago

There was a sluggish response by the over-60s to the vaccine rollout. But when the queue opens this week for those aged 35 to 49, expect a rush
Opinion
2 weeks ago

Third dose of Pfizer’s mRNA vaccine to be given to patients with weakened immune systems, says health ministry
World
2 weeks ago
Next Article