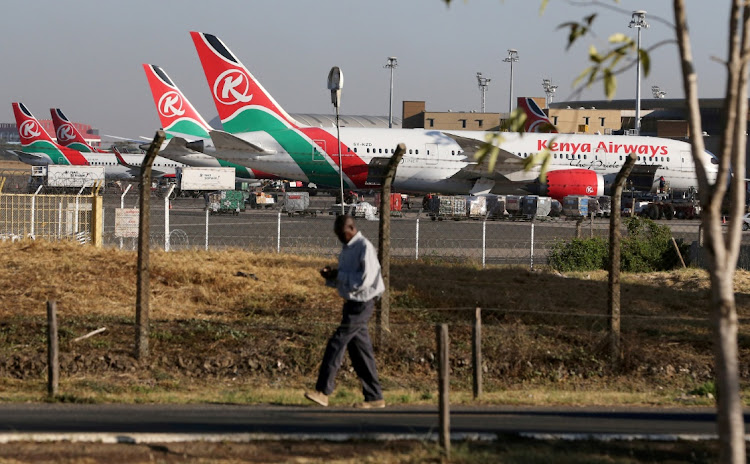 The carrier, which is 49% state owned, must also be fully nationalised alongside Kenya Airports Authority, which runs the Nairobi hub, under a holding structure similar to that of regional leader Ethiopian Airlines Group, he said.

“If we don’t restructure the airline, and take the airline as is into this organisation, then we are doing a disservice to the taxpayer,” Kilavuka said. “Right now it is undercapitalised, given the effects of Covid.”

Kenya Airways has not given up on its ambitions of one day rivalling Ethiopian, according to the CEO, though it will be a long stretch to match up with Africa’s largest and most consistently profitable airline. In the meantime, the company is focused on cutting labour and plane-lease costs, its biggest fixed expenses, by $66m to the end of 2021.

Projections indicate that Kenya Airways will need only 24 aircraft over the next two or three years, out of a current fleet of 34 passenger planes and two freighters, Kilavuka said. Talks are under way with six leasing firms on swapping fixed rentals for utilisation-based terms, while other proposals include converting unneeded airliners for short-term cargo use.

Talks with unions are focused on eliminating costs without resorting to the 1,400 job cuts the company says may be needed. Measures will need to deliver 40% savings to match continuing revenue declines, the CEO said. In the interim, staff are drawing reduced pay and deferring the balance to a later date.

Recapitalisation would pare debt after the company’s liabilities increased to 218.9-billion Kenyan shillings at the end of June, while providing capital for growth once markets begin to rebound, Kilavuka said.

The funds could be in the form of equity or a loan from the government, which is in talks to buy out minority investors, including KQ Lenders and Air France-KLM, as MPs debate a nationalisation bill.

The legislation will not merge Kenya Airways with the airports authority but allow them to work hand in hand, especially since 60% of revenue at Nairobi’s Jomo Kenyatta International Airport hub is generated by the carrier, Kilavuka said.

“We want Kenya to be the preferred hub for the region,” he said. “For that to happen the airport needs to grow and modernise, and the airline needs to be efficient and responsive to the needs of the market.”

Communication from government is a ‘clear cabinet commitment’ to provide R10.5bn
National
10 months ago

While it had planned to lift capacity gradually to about half of normal levels by December, the CEO says he would probably be satisfied if Lufthansa ...
Companies
10 months ago
Next Article