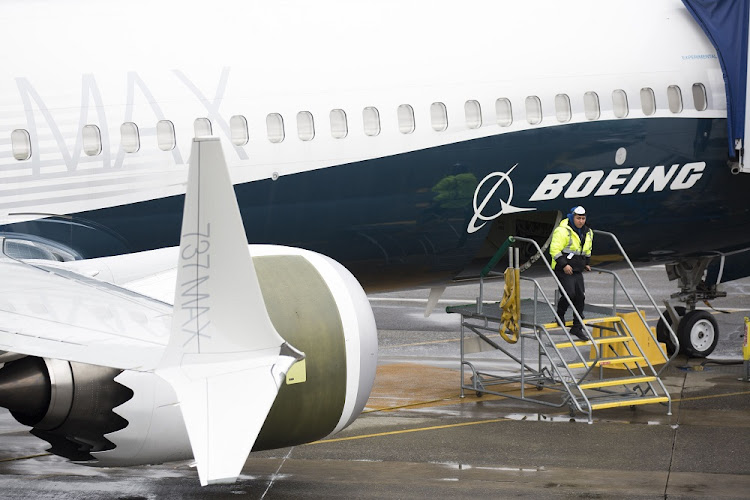 Washington — Sweeping failures by Boeing engineers, deception by the company and significant errors in government oversight led to the two fatal crashes of the 737 Max, congressional investigators have concluded.

A 245-page report issued on Wednesday provides the most scathing account so far of the miscalculations that led to 346 deaths, the grounding of Boeing’s best-selling jet and billions of dollars in losses for the manufacturing giant.

“The Max crashes were not the result of a singular failure, technical mistake or mismanaged event,” the report by the House transportation and infrastructure committee said. “They were the horrific culmination of a series of faulty technical assumptions by Boeing’s engineers, a lack of transparency on the part of Boeing’s management and grossly insufficient oversight by the” Federal Aviation Administration (FAA).

The report — the result of five investigative hearings, a review of about 600,000 pages of documents, interviews with top Boeing and FAA officials and information provided by whistle-blowers — makes the case for broad changes in the FAA’s oversight of the aircraft industry.

It offers a more searing version of events than the sometimes technical language in previous crash reports and investigations, including one conducted by the transportation department’s inspector-general.

The conclusions were drawn by the majority staff under committee chair Peter DeFazio. The report cites five main reasons for the crashes:

DeFazio said he found it “mind boggling” that Boeing and FAA officials concluded, according to the report, that the aeroplane’s design had complied with regulations in spite of the crashes.

“The problem is it was complaint and not safe — and people died,” he said. “Obviously, the system is inadequate.”

Legislators are drafting regulations designed to reform how the FAA oversees companies such as Boeing and reviews aircraft designs. The Senate commerce committee plans to vote on a bipartisan bill on Wednesday. DeFazio, an Oregon Democrat, has not yet unveiled his legislation.

Republican leaders on the House committee took issue with the report’s findings, saying they represented partisan overreach that went beyond what other reviews have found.

“Expert recommendations have already led to changes and reforms, with more to come,” said a joint statement from Sam Graves of Missouri and Garret Graves of Louisiana. “These recommendations — not a partisan investigative report — should serve as the basis for congressional action.”

Boeing said in a statement it had co-operated with the committee’s investigation and had taken steps at the company to improve safety.

“We have learnt many hard lessons as a company from the accidents of Lion Air Flight 610 and Ethiopian Flight 302, and from the mistakes we have made,” the company said. “Change is always hard and requires daily commitment, but we as a company are dedicated to doing the work.”

The FAA said in a statement late on Tuesday night that it was committed to working with the committee to make improvements. “We are already undertaking important initiatives based on what we have learnt from our own internal reviews as well as independent reviews of the Lion Air and Ethiopian Airlines accidents,” the agency said in the statement.

But tensions between the committee staff and the FAA were clearly evident. Ali Bahrami, who oversees safety at the agency, came under repeated criticism in the report for what the committee called his lack of awareness of issues surrounding the Max and the accidents. The committee staffers declined to provide him with questions before the December 5 interview, which made it difficult for him to recall documents and events, an FAA counsel warned at the start of the interview, according to a transcript.

While DeFazio and other legislators have not called for a permanent grounding of the jet, the father of a woman who died in the Ethiopia crash said the report raised questions about the aeroplane’s return to service.

“The FAA should immediately halt the recertification process for the 737 Max in light of this report,” said Michael Stumo, father of Samya Stumo. He accused Boeing and the FAA of withholding information from the families of victims in an e-mailed statement.

The 737 Max was grounded on March 13 2019, three days after the second crash involving a safety feature on the aeroplane that malfunctioned and repeatedly sent the jets into a dive towards the ground.

Boeing and regulators had approved the design under the assumption that flight crews could recognise and override a malfunction of the system within a few seconds. Even though the system could have been disabled by flipping two cockpit switches, pilots on a Lion Air flight departing from Jakarta on Oct. 29, 2018, and an Ethiopian Airlines plane leaving Addis Ababa on March 10, 2019, became confused, lost control and crashed.

The feature, known as Manoeuvring Characteristics Augmentation System (MCAS), was designed to make the Max feel exactly the same to pilots as the earlier family of 737s known as the Next Generation. However, the system was triggered erroneously by a single sensor that failed in both crashes and it continued to push the nose down repeatedly.

The FAA has tentatively approved multiple design changes to prevent such an accident in the future and the aeroplane could be certified to resume operations in the autumn.

The House report identifies numerous instances in which it alleges the company should have known that MCAS was potentially dangerous.

For example, a Boeing test pilot during the early development of the plane in 2012 took more than 10 seconds to respond to an erroneous MCAS activation, a condition the pilot concluded could be “catastrophic”, the report said.

“The reaction time was long,” one Boeing employee told another in an e-mail on November 1 2012, which was viewed by Bloomberg. The unidentified employee asked whether the rating of the system’s risks should be raised, which may have prompted a more thorough safety review.

Those concerns “were not properly addressed” and the company “did not inform the FAA”, the report said.

The report also said the responses by Boeing and the FAA to the first accident — warnings to pilots issued in early November 2018 — were not adequate to prevent a second crash.

“Both Boeing and the FAA gambled with the public’s safety in the aftermath of the Lion Air crash, resulting in the death of 157 more individuals on Ethiopian Airlines flight 302, less than five months later,” the report said.

The guidance on how to avoid an accident during an MCAS failure detailed the symptoms pilots would see and reminded crews how to shut it off. The committee criticised Boeing and the FAA for not mentioning the system’s name.

FAA officials have said they debated whether to include MCAS in the directive, but opted not to because it was not mentioned in pilot flight manuals. Boeing within days sent additional guidance to airlines on MCAS and how it worked. Details on MCAS were also widely reported in the news media and internal airline documents obtained by Bloomberg show that it had been explained to Ethiopian Airlines pilots before their crash.

A key finding involves a long-standing practice — which was expanded by Congress several times — to deputise Boeing employees to act in behalf of FAA while reviewing aircraft designs.

According to a 2016 survey obtained by the committee, 39% of Boeing’s Authorized Representatives, senior engineers who conducted reviews for FAA, at times perceived “undue pressure” on them from management.

One such senior engineer knew that Boeing was delivering Maxes to customers without a required alert in 2017 and 2018, yet did not notify the FAA, the report said. The lack of such an alert was cited by Indonesian investigators as a factor in the Lion Air crash.

Both House and Senate legislation is expected to seek reforms of the so-called delegation system, which the report said is riddled with “inherent conflicts of interest”.

Boeing opted almost a decade ago to update the 737 to compete against a similar redesign of the Airbus A320 family. It faced intense pressure to ensure that — just as Airbus promised — pilots transferring from earlier 737 models did not need expensive additional simulator training.

The company had agreed to pay Southwest Airlines $1m per aircraft if Max pilots had to train in the simulator before transitioning to the new plane, which could have cost it between $200m to $400m.

The push to avoid simulator training led to multiple poor decisions by Boeing, the committee alleged. The manufacturer rejected adding a sophisticated safety system that might have helped in the accidents at least in part because it would have required additional training.

The company also de-emphasised MCAS to the FAA as a result. In a 2013 company document, Boeing said it would describe MCAS to the FAA as an add-on to an existing system. “If we emphasise MCAS is a new function there may be a greater certification and training affect,” the memo said.

The broad failure to fully explain MCAS was a critical issue because the system was made more powerful midway through its development, but many within the FAA did not know and the agency delegated the final safety approvals to the company, the report found.

“The combination of these problems doomed the Lion Air and Ethiopian Airlines flights,” the report said.

CHICAGO TRIBUNE: Boeing will have to be more transparent if 737 Max flies again

The planemaker, which had zero orders in April, says it plans to layoff thousands more, but does not state where
Companies
1 year ago
Next Article

Families gather in Ethiopia a year after the 737 MAX crash

Boeing needs more than a Band-Aid to restore accountability

Boeing not to wait for nod to Max to start production

Families gather in Ethiopia a year after the 737 MAX crash

Boeing needs more than a Band-Aid to restore accountability

Boeing not to wait for nod to Max to start production