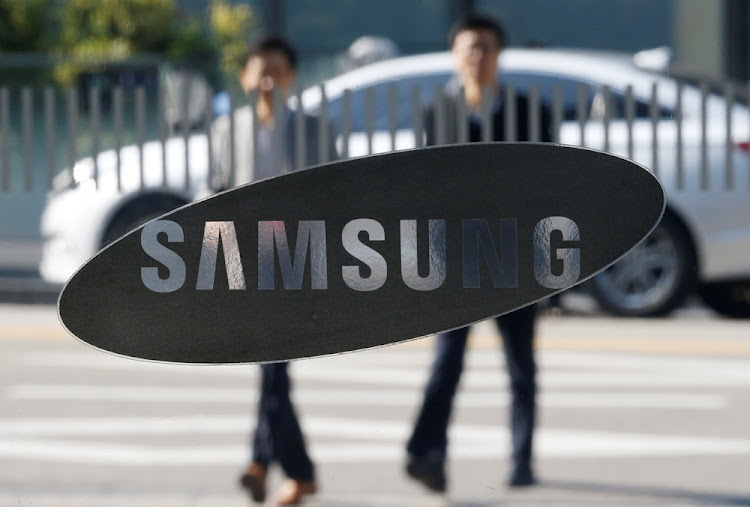 Seoul — Samsung Electronics warned on Wednesday it’s grappling with the fallout from a “serious imbalance” in semiconductors globally, becoming the largest tech giant to voice concerns about chip shortages spreading beyond the automaking industry.

Samsung, one of the world’s largest makers of chips and consumer electronics, expects the crunch to pose a problem to its business next quarter, co-CEO Koh Dong-jin said during an annual shareholders meeting in Seoul. The company is also considering skipping the introduction of a new Galaxy Note — one of its best-selling models — in 2021, though Koh said that was geared towards streamlining its line-up.

Industry giants from Continental to Renesas Electronics and Innolux have in recent weeks warned of longer-than-anticipated deficits thanks to unprecedented Covid-era demand for everything from cars to game consoles and mobile devices.

Volkswagen said this week it’s lost production of about 100,000 cars worldwide. In North America, the silicon shortage and extreme weather have combined to snarl more production at Toyota Motor and Honda Motor. The fear is the crunch, which first hit carmakers hard, may now disrupt the much larger electronics industry.

“There’s a serious imbalance in supply and demand of chips in the IT sector globally,” said Koh, who oversees the company’s IT and mobile divisions. “Despite the difficult environment, our business leaders are meeting partners overseas to solve these problems. It’s hard to say the shortage issue has been solved 100%.”

Samsung, the world’s largest smartphone maker, is working with overseas partners to resolve the imbalance and avert potential setbacks to its business, its co-CEO said. Its shares slid 0.6% in Seoul on Wednesday, while suppliers and Asian chipmakers including Taiwan Semiconductor Manufacturing  (TSMC) and SK Hynix also fell.

Koh said Samsung may decide not to introduce its Galaxy Note during 2021’s second half, breaking a years-long streak of annual launches for the marquee line. The Note series contributed roughly 5% of Samsung’s smartphone shipments over the past two years, IDC estimates, but accounts for a more significant chunk of revenue because it’s one of the priciest in the lineup.

“Note series is positioned as a high-end model in our business portfolio,” he said. “It could be a burden to unveil two flagship models in a year so it might be difficult to release Note model in 2H. The timing of Note model launch can be changed but we seek to release a Note model next year.”

Chipmakers such as Samsung and TSMC are at the forefront of a global effort to plug a shortfall in supply of semiconductors, the building blocks of a plethora of consumer gadgets. The deficit has closed auto plants around the world and now threatens supply of other products. While the Korean company is the leading maker of made-to-order silicon after TSMC, it relies on external suppliers and manufacturers for certain parts like power management and radio chips.

Larger-than-anticipated Covid-era demand for smartphones has also stretched stores of Qualcomm’s Snapdragon chips, the go-to processors for mobile devices. Qualcomm designs the chips, known as app processors, but relies on Samsung and TSMC to produce them and the Taiwanese chipmaker’s capacity has been strained.

“The tightened supply of Qualcomm AP chips produced by TSMC is affecting everybody except Apple,” said MS Hwang, analyst at Samsung Securities. “PCs will soon be hit due to the short supply of display driver ICs, and the profitability of TV will be affected by soaring LCD panel prices.”

Compounding matters, Samsung’s own production got sideswiped in February. Its plant in Austin, Texas — which makes chips both for internal and external consumption — was sidelined in February by statewide power outages and hasn’t resumed full production. The resulting shortfall in production of Qualcomm 5G radio frequency chips could reduce global smartphone output by 5% in the second quarter, research firm Trendforce estimates. But the outage there is likely to affect Samsung’s mid-tier phones and laptops more than its top-of-the-range models or server chips, said Greg Roh, a senior vice-president at HMC Securities.

“If Samsung is publicly talking about future products, you know that the silicon crunch is serious,” said Avi Greengart, analyst and founder of consultancy Techsponential.

Carmakers got hit first by the chip crunch in part because of poor inventory planning and are expected to miss out on $61bn of sales in 2021 alone. Honda Motor on Wednesday said it will temporarily suspend some production next week at a majority of US and Canada plants, underscoring the deepening crisis.

Some analysts say shortages could get mostly ironed out in coming months. But the concern is that tight supply in certain segments — such as in more mature semiconductors where it takes time to build capacity — could eventually throttle the broader consumer electronics industry and jack up prices if it persists. Semiconductors are now near the top of official agendas from Washington to Brussels.

At the same time, China’s insatiable appetite for chips — fuelled in part by its rapid recovery from the pandemic — and inventory stockpiling by local companies is fueling demand. Sales for the country’s chip industry climbed 18% to 891.1-billion yuan ($137bn) in 2020, China Semiconductor Industry Association chair Zhou Zixue told a conference in Shanghai on Wednesday.

“The IC shortage will be a problem to frustrate the supply chain in next six months,” said Charles Shum, an analyst with Bloomberg Intelligence.

On Tuesday, Hon Hai Precision Industry — the assembler of most of the world’s iPhones — joined a chorus of industry executives stressing it’ll take time to resolve imbalances in demand and supply.

“We see a shortage, we feel it. But the impact for most of our customers is not that big,” Hon Hai chair Young Liu told reporters in Taipei. “For certain customers that have better than expected orders, then there’s some impact. For major customers that plan well, where there’s no big surge on orders, those customers are doing fine.”

New patents were slightly down in 2020, but companies agree they are a great mechanism for companies to develop intellectual property assets
Companies
9 months ago

For more than 50 years, the chipmaker has operated in the same way, failing to stay at the cutting edge of the industry
Companies
9 months ago
Next Article