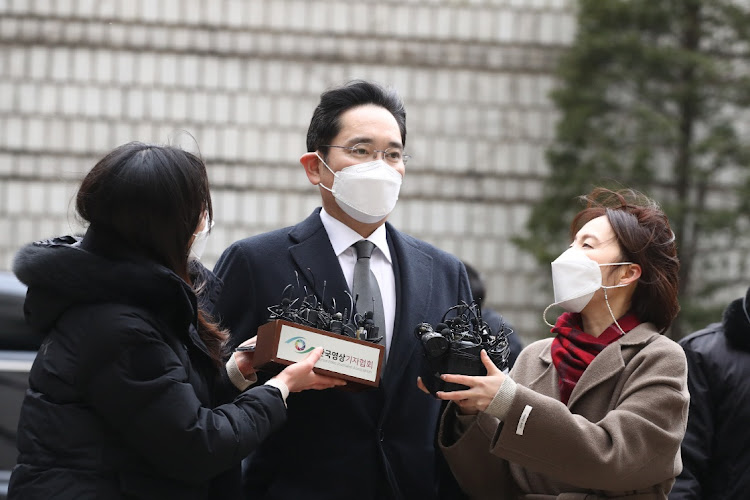 Seoul — Samsung Electronics de facto leader Jay Y Lee has decided not to appeal against a prison sentence, placing him behind bars for the next 18 months during a time of growing global uncertainty.

Lee “humbly accepts” the court ruling, his lawyer said in a statement on Monday. A Seoul court last week handed down a 30-month sentence to the billionaire, though he will probably only have to serve 18 months after already having spent a year in prison before he was released in February 2018. South Korean special prosecutors, who had originally sought a nine-year jail term, also decided not to appeal the case, YTN reported, citing prosecutors.

The sentencing marked the end of a years-long corruption scandal that toppled former South Korean president Park Geun-hye. Lee had been accused of offering bribes that included horses and other payments to win support for his succession at South Korea’s largest conglomerate. The trial — as well as a second case involving a merger of two Samsung units — had been an overhang for the company, which had held off from naming him as chair after the death of his father, Lee Kun-Hee.

Samsung Electronics declined to comment on the decision to forgo an appeal. Shares of South Korea’s most valuable company rose 3% in Seoul on Monday, after having gained more than 40% over the past year.

Any void in leadership presents risks for the world’s largest producer of memory chips, smartphones and consumer appliances as it deals with the Covid-19 pandemic, tumultuous US-China relations and intensifying competition in mobile devices and semiconductors.

While Samsung’s daily business is run by an army of managers, Lee’s absence may stall or complicate larger investments or strategic longer-term moves. The executive has played an active role at the company, frequently joining government-related and public events after he was released from the prison.

Lee faces another case related to the controversial merger between Samsung C&T and Cheil Industries in 2015, which includes allegations ranging from violation of capital markets law to a breach of duty. He will have to attend hearings in that case while serving his time in jail.

With Lee returning to prison, the year he already served in detention is expected to count towards the sentence, leaving 18 months of his sentence to ...
World
10 months ago

ARTHUR GOLDSTUCK: Samsung gets a head start and sets standard for phone cameras