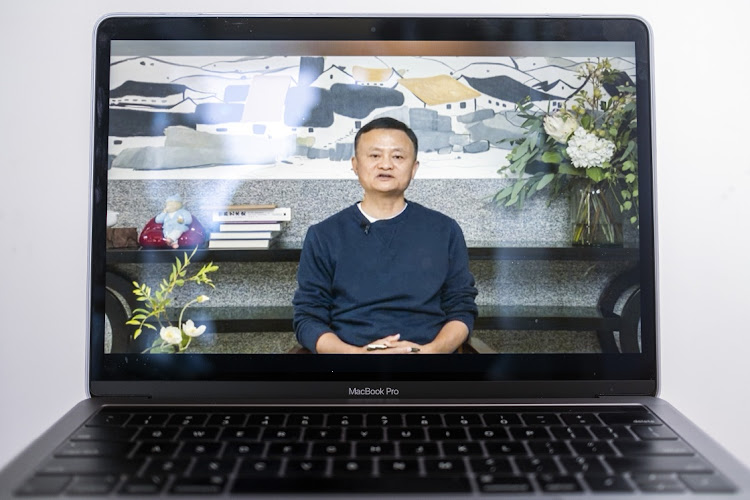 A video of Jack Ma addressing teachers on Wednesday spurred the biggest stock rally in six months for Alibaba Group Holding, the retail behemoth he co-founded two decades ago.

The stock rose as much as 11% in Hong Kong, adding the equivalent of about $63bn to Alibaba’s market value. More than 85-million shares had changed hands by 3pm, or about 2.5 times the three-month average for a full day. Alibaba Health Information Technology, which is controlled by Alibaba, surged as much as 18%.

Here’s how investors and analysts reacted to the news.

It just takes one catalyst to spark a surge in Jack Ma-related shares when the broader market sentiment in Hong Kong is this good. We bought shares of Alibaba on Tuesday so we won’t buy more right now. The main concern is regulation targeting Ant Group — as long as the policy risk doesn’t change significantly, Alibaba will be fine. The downside risk is mostly priced in but we don’t see a limit to the upside, especially as Alibaba is yet to be added to the stock connect links that are attracting a lot of cash.

The annual event is the perfect setting for Jack to reappear in the public spotlight. The backdrop sees Jack in his roots as a humble school teacher vs being a haughty entrepreneur that doesn’t know his place. The whole scene allows Jack to show contriteness without being scripted.

His reappearance can only be a good thing, but it’s unhelpful to speculate on the viability of an Ant Group listing at this point.

The video shows that, politically, Jack Ma is allowed to resurface. At the very minimum this proves he’s not in prison or banned from appearing in public, but it could also be a sign that Ma’s companies may have reached a deal with the government to settle their anti-trust issues. That’s what investors are waiting for.

Ma’s appearance will help Alibaba’s stock reach at least HK$275, its previous high. The overhang on Alibaba’s shares is not completely removed though — the anti-trust regulations on the sector were triggered by him.

Alibaba is not out of the doghouse, but at least it’s clear that the current anti-monopoly drive is not about punishing Jack Ma. We’re not in a hurry to add Alibaba shares yet because the regulation hammer will still fall on these firms. By now it’s evident that the incident — and questions regarding his whereabouts — is inconsequential to Alibaba’s business operations.

Now we are convinced that Jack Ma is fully collaborating with regulators. I didn’t think he’d be in jail, so I hadn’t sold any of my Alibaba shares. The stock will face resistance near HK$300 — the previous record at which investors were pricing in the valuation of Ant Group. It’s obviously hard to surpass that level for now.

What Jack Ma said during his appearance was quite uncontroversial. He wasn’t as aggressive as before, which is also a boost for investor sentiment. Alibaba’s stock has declined a lot since the crackdown on Ant Group, lagging other Chinese tech firms such as Tencent, Meituan and Xiaomi. I see a good entry time now as his appearance removes a key overhang for the company.

Jack Ma’s unexpected re-emergence — just as sudden as his disappearance — is likely a sign that his relationship with Beijing’s regulatory authorities has stabilised. That doesn’t necessarily mean that Ma’s corporate empire is free from worry. A path acceptable to all parties may have been identified, but Ant Group still looks likely to be disaggregated and regulatory restrictions will almost surely take a significant bite out of Ant’s former valuation.

Sources say news outlets have been forced to echo the official line on the investigation into the tech giant and have been barred from original ...
Companies
1 year ago

The Alibaba billionaire has not been seen in public since late October, when he blasted China’s regulatory system
World
1 year ago
Next Article