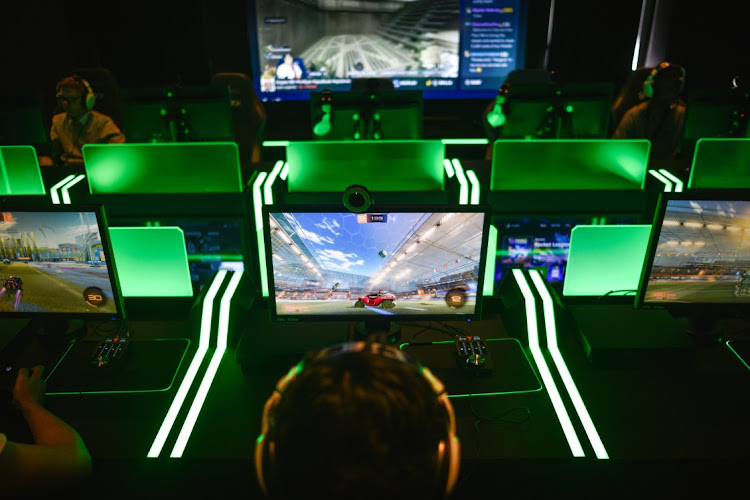 Tencent, the Chinese gaming and social media giant in which Naspers has a 31% stake, has beat estimates, riding a pandemic-era gaming boom that’s persisted in defiance of an economic downturn.

Sales rose to 125.45-billion yuan ($18.9bn) in the three months ended September, vs the 123.8-billion yuan average forecast. Net income was 38.5-billion yuan, compared with the 30.3-billion yuan projected. The strong results will help reassure investors scrambling to assess the fallout from Beijing’s broadest attempt yet to rein in the country’s giant internet sector.

The antitrust rules sparked a $290bn, two-day sell-off among Chinese tech titans led by Alibaba, but Tencent’s main business of video games is perceived as less vulnerable in any potential crackdown against its e-commerce and fintech peers. Citigroup and JPMorgan were among brokerages that recommended investors buy Tencent during the sell-off.

Executives discussing earnings on Thursday will seek to reinforce perceptions Tencent isn’t in the same boat as fintech giant Ant, the Alibaba affiliate forced to call off what would have been the world’s largest market debut. Its fintech business — valued at anywhere from $200bn to $300bn before Ant’s IPO derailment — has become one of its fastest-growing divisions.

Together with cloud computing, the fintech and business services segment generated almost $15bn or a quarter of total revenue in 2019. The bulk of that is generated from commercial payments facilitated by the WeChat super-app, where a billion Chinese schmooze, shop and share cabs.

Tencent’s core gaming and entertainment business has benefited from an internet resurgence during Covid-19, but in-game spending has shown signs of peaking. Tencent is also fending off stiffening competition from the likes of TikTok owner ByteDance and grappling with global macroeconomic uncertainty that continues to depress advertising.

All work and no play was making Microsoft dull, so it got into the gaming industry, which has jaw-dropping numbers
Opinion
10 months ago

If you were given R10m to invest in a world turned upside-down by Covid, where would you put it? The FM asked some of SA’s top fund managers what ...
Features
11 months ago

Technological advances combined with higher internet and smartphone penetration will underpin growth in the gaming industry, writes The Finance Ghost
Companies
11 months ago
Next Article

Monsooq launches time-based streaming in SA with eye on Africa

Digital a new look for rAge Expo this year

Monsooq launches time-based streaming in SA with eye on Africa

Digital a new look for rAge Expo this year