These developments will be green and user-friendly, but the use of AI in their creation and operation worries some 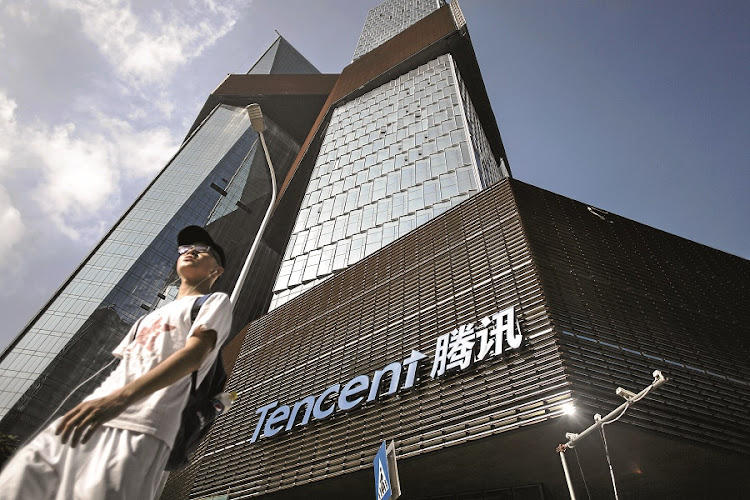 Bangkok — Chinese tech giant Tencent is creating a “smart city” that utilises technology to put people and the environment first, a model that could be applied to other urban developments after the coronavirus, the project’s architect said on Wednesday.

Net City will be a 2-million square metre neighbourhood in the southeastern city of Shenzhen, comprising Tencent offices and residences for its employees, as well as public amenities such as parks and a waterfront area.

With fewer streets for cars, “green” garden roofs on buildings and the use of artificial intelligence (AI), Net City is a model for the “future of city building”, said Jonathan Ward, a design partner at NBBJ, a US-based architecture firm.

“This moment reinforces the need to think about designing spaces, buildings and cities that are restorative ... plentiful indoor-outdoor spaces that are good for overall human health, perhaps even more so during a pandemic,” Ward said.

Construction of Net City is scheduled to begin later this year.

It will prioritise sustainability by “reducing car use, increasing planning strategies around the needs of people, allowing greater public access, and with increased environmental conservation”, Ward said.

More than 500 smart cities are being built across China, according to government data, equipped with sensors, cameras, and other gadgets that can crunch data on everything from traffic and pollution, to public health and security.

Net City will use technologies such AI and autonomous vehicles, said Ward. Mangroves and other nature-based features will help mitigate the impacts of climate change.

Smart cities are a part of China’s plan to spur growth amid a global economic downturn, authorities said in March. But the use of technologies such as AI in China and elsewhere have also raised concerns about data privacy and surveillance, including during the pandemic.

The project had long faced opposition over issues including data privacy and the influence of big technology companies in city planning.

However, in China, where smart cities rely on the government’s dominant role in urban planning and budgeting, the general public has less say, said Xu Chengwei, a public-policy researcher at the Singapore Management University.

“China’s smart city initiatives are not driven primarily by market demand, but by political and technological ambition,” he told the Thomson Reuters Foundation. “Smart cities will continue to be the core of city planning, and tech giants’ involvement will continue,” he said.

In China and elsewhere, given the need to track and monitor the coronavirus pandemic, technology will not be “any less ubiquitous or any more democratised”, said Kris Hartley, an assistant professor at the Education University of Hong Kong.

“The narrative around Covid-19 recovery and resilience is likely to be shaped around urbanism in some way. So there may well be an increase in purpose-built towns as demonstration projects or test-bed experiments,” he said. “Technology will shape the post-coronavirus world.”

The decline and fall of the fossil-fuel empire

The decline and fall of the fossil-fuel empire