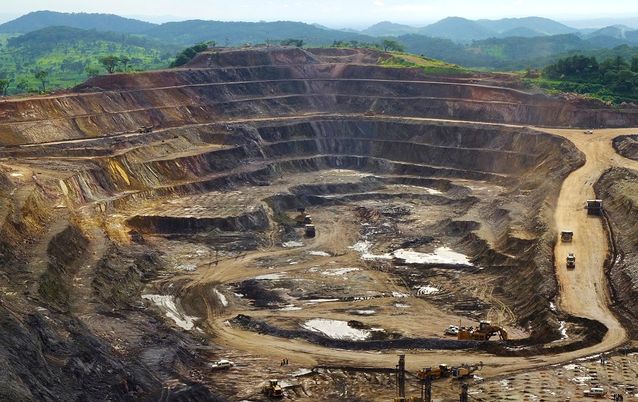 An open-pit mine is seen in this file photograph. In a document outlining an economic strategy for SA, finance minister Tito Mboweni has cut across policy areas for a wide range of ministries. Picture: REUTERS

The government appears to making strides to grasp the reality of how best to beneficiate SA’s mineral wealth, and it is sensibly not focused on making jewellery.

The Minerals Council SA, an industry lobby group representing about 90% of the country’s mineral production, has long argued that beneficiation is not just about turning precious metals into jewellery, for example, but also, and more importantly, about the industries supplying the mining industry.

In a document unexpectedly published on the Treasury website on Tuesday afternoon and outlining an economic strategy for SA, finance minister Tito Mboweni has cut across policy areas for a wide range of ministries.

For the mining industry there was a welcome shift away from the traditionally narrow focus of beneficiation of minerals, converting gold and diamonds into jewellery, platinum and palladium into autocatalysts and iron ore into steel, for example.

This was a welcome injection of pragmatism and common sense into the debate about how SA’s mining and minerals industry can benefit the population, creating jobs and acknowledging the finite nature of its natural endowment. 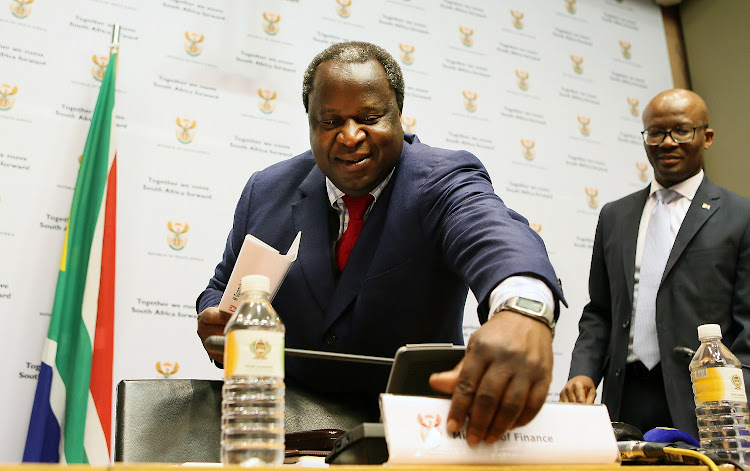 In a section headlined “Rethinking beneficiation”, the document points out the need to set up and encourage industries that supply the mining industry as a more sensible way to create wealth and jobs.

“An approach that relies only on transforming mined commodities into higher-value commodities is narrow and does not consider the significant potential of upstream and lateral linkages which can have large spillover effects into industries which have no direct linkages to the minerals sector,” the document says.

“Upstream manufacturing is engineer intensive, agile, and able to reinvent itself, which means it is not dependent on mining. When the mineral deposits are exhausted, these businesses can either import their input materials or reinvent themselves entirely.”

The thinking is that SA has to move away from being a source of primary resources as a “key priority of the SA government”, the document says.

“Downstream beneficiation is dependent on the availability of mineral resources and once such resources are depleted, the businesses have either to close or import feedstock,” it says.

An example could be gold: SA has fallen rapidly from its leading position as a global source of the metal, reaching 1,000 tons a year in the early 1970s, to less than 130 tons.

“Instead of a focus on beneficiation, narrowly defined as adding value to SA’s mineral wealth, the policy focus should be on the upstream and downstream linkages that arise from the mining sector, encompassing technology transfer and spillover effects into various resource-independent sectors,” it says.

“This broader approach can potentially enhance the industrialisation of the economy, raise skill intensity, create employment, and support growth.”

While the need to add value to the country’s minerals remains, the upstream linkages of providing pumps, valves and vehicles used in mining could be easily broadened into a wider source of material for local industry and export markets.

The council and the government’s Council for Scientific and Industrial Research have set up the Mandela Precinct to develop and research new technologies to make mining more cost effective and safer, revitalising the local industry, especially its moribund gold mines.

“The SA mining inputs cluster is well placed to exploit resources that are presently not mineable and, in doing so, to galvanise the development of a world-leading mining technology design and manufacturing cluster,” the document says.

“While SA retains a comparative advantage in mining-related innovation, declining R&D [research and development] and skills development are eroding its capacity to sustain such competitiveness in the future.

“Mining-based economies that industrialised frequently did so through promotion of related technological developments, as with the Nordic countries and Australia, rather than focusing explicitly on beneficiation,” it says.

The outlook for the mining industry over the longer term compared with eight other sectors of the economy is bleak, according to the document, which shows a forecast contraction over a decade of about 5%, while all the others are predicted to grow. Transport, storage and communication could grow by nearly 10%, while finance, insurance, real estate and business services could expand by 8.4%.

Though no final decision has been made, the review could result in South32’s divestment from its manganese alloys smelter or even its closure
Companies
3 years ago

Rational resource nationalism is not about nationalisation

‘Good’ resource nationalism is simple, writes Stephen Meintjes, change the formula tax so that rich mines pay at a higher rate than poorer ones
Opinion
3 years ago

Beneficiation is a strong catalyst for economic growth

What do we already have at our disposal that can help us grow our economy? Our natural resources — but what are we doing with them, asks Bontle ...
Opinion
3 years ago
Next Article

Rio Tinto’s R6.5bn project ‘a vote of confidence in SA’

Rio Tinto’s R6.5bn project ‘a vote of confidence in SA’