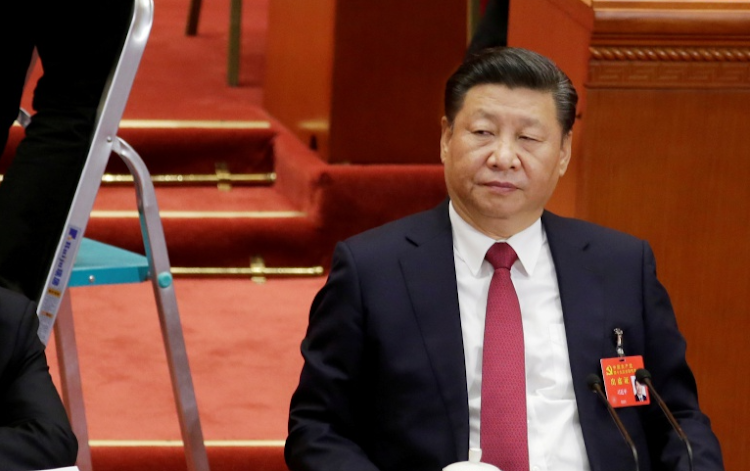 China will set up a new stock exchange in Beijing to provide financing for innovative smaller companies, President Xi Jinping said on Thursday, as Beijing tries to increase the role of equity financing in its financial system.

Xi did not give a date for the establishment of the new board or any further details, but said it would “provide a platform for innovative small- and medium-sized enterprises.” China will also “deepen reform” of the National Equities Exchange and Quotations company (NEEQ), a Beijing-based exchange that launched in 2013, Xi said in a speech in China’s capital.

China’s government has said it wants to raise the share of equity financing in its bank-dominated financial system as part of a campaign to reduce debt levels in its economy, and has recently introduced rules making it harder for companies that manage consumer data to list overseas. Washington had handed Chinese companies listed in the US a three-year deadline for permitting inspections of their financial audits, backed by a threat of delisting.

China has two main bourses, in Shanghai and the southern city of Shenzhen. Selected companies now traded on the NEEQ will list on the new Beijing exchange, the China Securities Regulatory Commission (CSRC),  which regulates the nation’s equity markets, said in a statement after the speech. Shanghai’s exchange launched a board known as the Star Market in 2019 to provide financing for tech companies.

The NEEQ — also known as the New Third Board — was designed to have less stringent listing requirements than China’s two main equity exchanges. It has struggled with liquidity since its launch, leading to a high proportion of stocks that are not actively traded. The board launched the NEEQ Select, a new tier with tighter listing requirements, in 2020.

Xi did not comment on any of recent regulatory moves to rein in internet-platform and education companies that have rocked financial markets in recent months.

During the speech to a government-run summit on trade in services, Xi emphasised China’s gradual opening to foreign investment in service sectors such as finance and healthcare, where Beijing sees the introduction of foreign competition as a key part of modernising its economy.

Xi said that China would continue opening services by “exploring” setting up a designated innovation zone for trade in services and via a nationwide “negative list”. Such lists have previously been issued by China to name proscribed sectors for investment, with investments in other areas being allowed.

“China is willing to work with all parties to continue open co-operation,” Xi said, adding that China would “share the development opportunities of trade in services, so as to promote the recovery and growth of the world economy”.

The collapse in international tourism, which has plunged globally due to the pandemic, has hit global trade in services. China’s imports and exports of services dropped 15.7% year-on-year to 4.6-trillion yuan ($712.5bn) in 2020 mainly due to the sharp decline in tourism, according to official figures.

Because Chinese tourists spent much more abroad than overseas tourists spend within China, the country has run a persistent deficit in the services trade, exceeding 1.5-trillion yuan in 2019. That deficit has narrowed in recent years due to rapid growth in service exports, in part due to the overseas success of technology companies such as TikTok owner Bytedance.

China tightly restricts access to foreign companies in some sectors such as digital services, effectively banning overseas social-networking platforms such as Facebook from serving consumers in the country.

The country has more restrictive policies on services trade than the average seen in the Organisation for Economic Co-operation and Development (OECD), according to an index compiled by the club of mostly wealthy economies. However, China has strategically opened some sectors in recent years and its services-trade restrictiveness has seen one of the largest declines of any country since 2014, according to the OECD.

Factory activity in August contracted for the first time since April 2020, adding to signs of slowing momentum in the world’s second-largest economy
World
11 months ago

Production curbs, often aimed at easing the strain on the power grid, spark fears of shortage
World
11 months ago

The new rules are a major escalation of a previous restriction set in 2019 of 1.5 daily hours most days
World
11 months ago
Next Article