While the near-term outlook is for many shares is murky, they remain powerful businesses with large, addressable markets 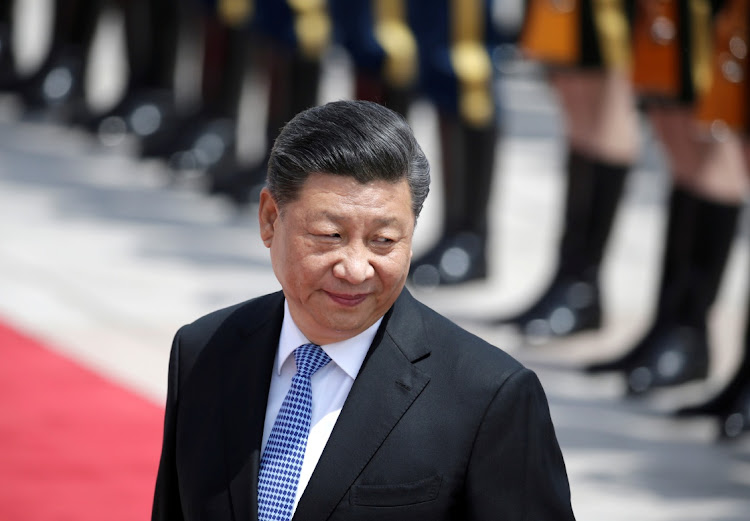 The wide-ranging crackdown across e-commerce, music streaming, food delivery and gaming has damaged China’s technology sector, world-leading until now. US technology companies are watching with delight.

The clumsiness of the crackdown was startling. While President Xi Jinping’s nationalistic tendencies are well understood, the Chinese Communist Party’s deft management of the economy over the past decade has been widely praised. With economic growth far outpacing the rest of the world, China seemed to have mastered the coexistence of state-backed communism alongside Western capitalism.

The Chinese technology sector has been held up as an example of innovation and competition. From the original three tech giants of Baidu, Alibaba and Tencent, the technology sector expanded to include pioneering businesses such as Pinduoduo, a group shopping experience platform, Meituan, a community-based food, transportation and entertainment platform and ByteDance, a creative content platform behind the TikTok and Toutiao apps. Ride-hailing app Didi as well as Ant Financial have also sprung from these fertile grounds. 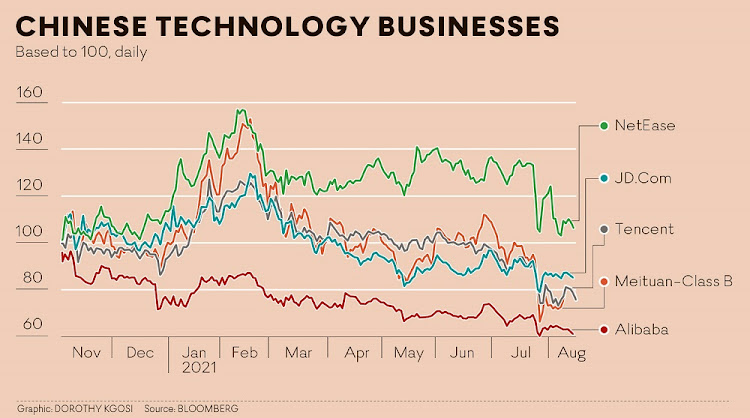 The crackdown began with the cancellation of the Ant Financial initial public offering in November 2020, allegedly due to criticism against traditional Chinese banks by Alibaba founder Jack Ma. Ma referred to Chinese banks as having a “pawnshop mentality”, and spoke highly of Ant Financial — the tech-enabled business in which he was a large shareholder — as being more in tune with the times.

Ma miscalculated. Ant had managed to attract an enormous deposit base and was building a powerful transactional and algorithmic lending capability — without the need for the same level of capital required by the traditional banks. Much of this success had come from exploiting the lack of innovation in the slow-moving Chinese state banking system.

However, the state banking system is the chief apparatus by which the government manages the Chinese economy. By allowing Ant and other private financial firms to prosper China risked the stability of the traditional banks, which rely on deposit growth to fund their loans (often to state-owned enterprises), as well as one of its main monetary transmission tools. The lesson was clear. Ant had been too successful, and its innovation needed curbing. Alibaba shares are down nearly 40% since November. Other Chinese shares have fallen in sympathy.

Regulation was long overdue, and indeed the swiftness of the decision-making in China is likely to be envied by Western governments. However, the execution was poor. Capital is notoriously skittish, and China’s foreign policy over the last decade has left capital providers nervous. Opaque communication has made the government look haphazard and potentially spiteful. No financial market on the planet operates well with haphazard or uncertain regulation. China should know this.

Education, ride hailing, food delivery and property sectors are now firmly within the regulator’s sights. Weakening these sectors’ ability to innovate, grow or create value for their shareholders is not in China’s interest. Since the regulatory moves against the private education sector in early July, the regulator seems to have backtracked, but the damage has largely been done.

With their domestic markets essentially closed to foreign competition, a sense of “friendly co-opetition” has developed between national firms. The fear of external interlopers into, for example, Tencent’s gaming platform or Amazon’s e-commerce platform, are remote. India, Bangladesh, Indonesia and Vietnam are the large battlegrounds where East and West are going head-to-head. It is here that competition is in full swing.

By reducing innovation in their home markets, haphazard regulation by Chinese authorities will smother the innovation required to compete outside China. Hefty fines and a reduction in profitability will further reduce the money available to invest.

Access to capital will also decline. Much of technological innovation is funded by risk capital. The holders of venture capital sit — for now — in the US. It is difficult to see how the latest regulations will improve the capital raising ability of Chinese firms.

Politically, US tech companies now have a formidable card to play against US regulators, which goes something like: “This is how a communist country deals with its tech sector… is this what the US wants?”

According to the Wall Street Journal, more than $1-trillion in value has disappeared from China’s large companies since November 2020. That is almost 10% of the entire Chinese stock market capitalisation. Value has been destroyed and fingers have been burnt. But what should one be doing now?

Start by accepting the inevitable. China has always indicated it will do capitalism its own way, which has its advantages and disadvantages to Western-style capitalism. There should be no surprise that the Chinese will be swifter to regulate and will always act in accordance with their commercial and societal imperatives, and this leads to more uncertainty than Western investors would like.

Get perspective. Regulation is not simply a Chinese construct. Followers of regulation in Europe and the US recognise that while Western regulators may move more slowly, their impact can be just as damaging to the growth and profitability of large tech companies there.

China has embraced capitalism, and this cannot be reversed. China has a large and growing retail and institutional investor community, as well as the positive experience that embracing the advantages of capitalism is good for China. While the near-term outlook for many tech shares is murky, they remain powerful businesses with large, addressable markets, scores of opportunities and strong profit margins. For some, share prices have corrected far in excess of the regulatory effects. For a subset of a global portfolio, China’s risk reward is looking increasingly favourable.

China is not the US or Europe. Investors need to learn to price China accordingly. Knowing which sectors are vulnerable to regulation will help them price equities appropriately. Now, more than ever, global investing will favour managers who have China experience over those who don’t.

• Hundersmarck is a fund manager at Flagship Asset Management.