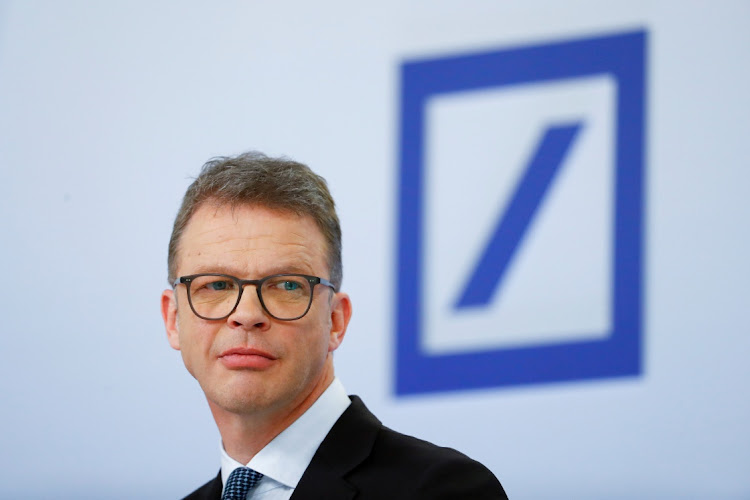 Deutsche Bank’s traders kept CEO Christian Sewing’s overhaul alive when negative interest rates eroded income from lending. Now the CEO is counting on them to carry him to the finish line.

With Germany’s largest lender approaching the final stretch of his four-year plan, Sewing on Wednesday raised the revenue outlook on the back of another strong quarter in fixed-income. The boost should be enough to meet his key profit target in 2022, after the bank said it can’t lower costs as planned — the one area that seemed within the control of the CEO when he laid out his vision in 2019.

Deutsche Bank’s second-quarter results underscored just how much a strategy that initially was focused on cutting back trading and expanding lending has been turned on its head. While higher rates may yet give a lift to the corporate bank that Sewing sought to strengthen, it was once again the investment bank that propelled earnings, beating analysts’ estimates as well as Wall Street’s biggest investment banks in fixed-income trading.

“We see really bullish signs” on revenue, CFO James von Moltke said in an interview on Bloomberg TV in which he also pointed to a strong performance in credit trading in the past quarter. “We also see much less of a headwind even in today’s interest rate curve,” he said.

Revenue in 2022 will be at least €25bn, Sewing said on a call with analysts. The lender also scrapped its cost guidance for next year. It confirmed the central pledge Sewing made in his plan, a target for a return on tangible equity of 8% in 2022.

The bank said total unexpected expenses, including from higher contributions to industry funds and a recent German court verdict voiding some fee increases, will raise costs by about €400m above its initial target of €16.7bn  for next year. It also cited the need to invest in controls, after confronting a growing list of legal and regulatory issues since the beginning of the year.

To some extent, however, the higher costs also reflect increased business volumes, and the higher pay that comes with those, particularly in the investment bank. The lender recently boosted salaries for first-year analysts in the US by 18% to keep up with similar increases at the competition.

In fixed-income trading, Deutsche Bank has outperformed Wall Street for four straight quarters. While revenue in the business fell 11% from a standout quarter a year earlier, that’s the best performance so far among the big investment banks that have reported earnings. The top US firms on average saw fixed-income revenue drop 43%.

In April, Deutsche Bank already raised the outlook for the investment bank this year, saying that revenue for the unit and the bank as a whole would remain stable, after previously predicting a decline.

Deutsche Bank rose as much as 4.5% in early stock market trading before paring gains. The stock was little changed in Frankfurt.

“Strong results across the board,” analysts Kian Abouhossein and Amit Ranjan at JPMorgan Chase wrote in a note to clients.

Sewing’s restructuring effort is set to last until the end of next year. The CEO sought to refocus Deutsche Bank on its historical strength in corporate lending while exiting equities trading and cutting jobs, particularly in the retail unit. But within months, he had to adjust assumptions for the lending businesses as expectations for higher interest rates were thwarted by a weak economy and later the pandemic.

In the corporate bank, revenue declined 8% in the second quarter, as income from lending slumped 34%. The private bank reported 3% higher revenue, led by 9% higher commissions and fees. Sewing said that he now expects the private bank to achieve 2022 revenue that will exceed the guidance of 8.3-billion euros given in December.

While revenue for the group is ahead of target, Deutsche Bank has been dealing with a growing list of legal and regulatory headaches this year that Sewing had sought to put behind him. It faces potential sanctions from the US Federal Reserve for ongoing compliance failures, allegations of mis-selling foreign-exchange derivatives in Spain, an expanded mandate of the anti-money laundering monitor installed by the German regulator BaFin, and a new lawsuit alleging its controls failed to stop a Ponzi scheme in the US.

CEO, the only sitting bank CEO who led a major firm through the financial crisis,  must stay at least five years to capture any profit
Companies
1 year ago