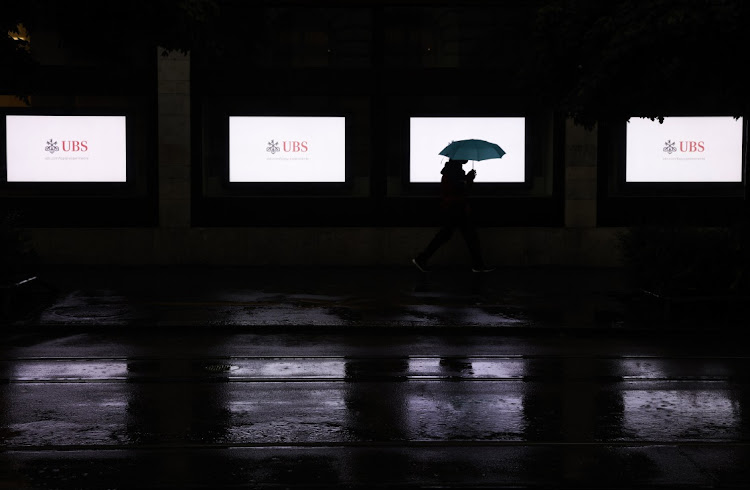 UBS Group posted better-than-expected profit in the second quarter after Switzerland’s largest bank benefited from surging new assets and fee income, driving the shares to their biggest gain in more than eight months.

More than a year after the onset of the pandemic, the firm is seeing large increases in both recurring fee income — which the bank typically receives for helping manage client assets — and transaction-based earnings as clients boost trading. Those dynamics helped drive net income about 63% higher compared with a year earlier to $2bn, beating analyst estimates.

CEO Ralph Hamers is benefiting from buoyant markets and client demand after UBS pivoted away from more volatile investment banking to helping the rich manage their fortunes. Nine months in, he’s announced jobs cuts and indicated he wants to use artificial intelligence to lower costs as competition for wealthy clients increases. But with competition for talent heating up and uncertainty about the recovery, he’ll have to look beyond trimming expenses to maintain the bank’s edge.

UBS rose as much as 4.8% in Zurich trading, the most since November, and was 4.5% higher on Tuesday.

The wealth management business saw $25bn of inflows of net new fee-generating assets across all regions and also made $7bn in net new loans to rich clients in the quarter as it seeks to deepen relationships with wealthy families. The bank said it’s focusing on growth in the largest and fastest growing markets of the US and Asia Pacific region, while warning activity is set to moderate.

“We expect our revenues in the third quarter of 2021 to be influenced by seasonal factors, such as lower client activity levels compared with the second quarter,” the bank said. “Higher asset prices should have a positive effect on recurring fee income in our asset gathering business,” it said.

JPMorgan Chase and Goldman Sachs said borrowing by rich clients boomed during the second quarter even as loans to less-wealthy customers continued to stagnate amid government stimulus. JPMorgan’s loans to wealthy clients increased 21% from a year earlier.

The bank reported net income of $2bn, compared with a Bloomberg  estimate of $1.3bn, wealth management pretax profit of $1.29bn against a $1.18bn estimate, and investment bank pretax profit of $668m vs a $414.1m estimate.

UBS plans to buy back $600m of shares in third quarter.

UBS may also benefit as its rival Credit Suisse struggles with defections in the wake of twin hits from Archegos Capital Management and the collapse of a $10bn group of funds that it ran with now-defunct Greensill Capital. Credit Suisse is scheduled to report second-quarter earnings on July 29.

At the investment bank, UBS benefited from its focus on equities in the second quarter, which partially compensated for lower revenues in foreign exchange, rates and credit. Results included an $87m hit from the collapse of Archegos that the bank had already flagged in the first quarter, when it booked a surprise $774m hit from Archegos. Chair Axel Weber later apologised for the loss.

Hamers said on a conference call on Tuesday that the bank plans to give investors a strategic update in the fourth quarter, including the setting of new financial targets. The lender had already met or exceeded its key metrics for the 2020-2022 period, including on group returns and its cost to income ratio.

Alongside its US peers, UBS is navigating a slump in trading revenues as the pandemic-induced volatility in markets is fading. Global banking revenue, which includes the business of advising on deals and capital raisings, surged 68%, helping offset weakness elsewhere in the investment bank. That’s similar to the US, where dealmakers on Wall Street had some of their best performances on record, with an average increase of 11% across the largest firms.

The bank also expects M&A and equity capital markets activity to remain high in the third quarter. UBS more than doubled its revenues in its advisory business in the second quarter, driven by M&As.

UBS took a $89m restructuring charge in the second quarter, compared to the $300m expense they had signalled in the first quarter, indicating the bank may not have dismissed as many people as expected. The bank’s strengthening capital buffer gives it strategic flexibility and a buffer for any hits down the road, according to the lender.

Citigroup’s release of loan-loss reserves helps it to better than expected ...

Investec keeps offices closed, but says it is pulling out stops to support ...

Citigroup’s release of loan-loss reserves helps it to better than expected ...

Investec keeps offices closed, but says it is pulling out stops to support ...