In 2020, the BP said it was targeting 50GW of renewables capacity by the end of the decade 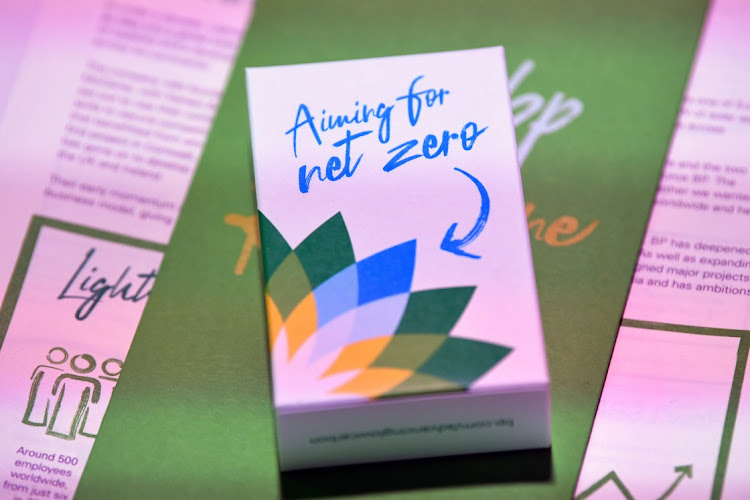 BP-branded gifts are displayed at an event in central London, Britain, in this February 12 2020 file photo. REUTERS/TOBY MELVILLE

Houston — BP has started a recruitment campaign for the people who will drive its expanding clean energy ambitions.

The London-based oil and gas company is looking to fill 100 offshore-wind jobs in the UK and the US, a figure that could double by the end of 2021 The recruitment drive comes even as thousands of other employees have left the company amid a wider restructuring.

“This is the first step in terms of building our capability in this space,” Mikel Jauregi, senior vice-president of people and culture for BP’s gas and low-carbon business said in an interview. “We do have ambitions to grow our gigawatts in offshore wind, and so the increase in human resources associated to that ambition will increase.”

BP wants to pump less oil, generate more clean energy and slash carbon emissions. In 2020, the company said it was targeting 50GW of renewables capacity by the end of the decade.

The firm made its first foray into offshore wind in October, spending $1.1bn to buy a stake — known in oil-industry parlance as a “farm-in” — in a US project operated by Norway’s Equinor ASA. That was followed by what was viewed by competitors and analysts as pricey entry into the UK renewables industry, where the company paid hefty premiums for the right to develop the next generation of English offshore wind farms.

Despite the criticism, the company says there’s money to be made from their growing wind business. “I can’t even begin to tell you the number of people who have come to us to farm-in at a premium,” BP’s executive vice-president of gas and low carbon energy Dev Sanyal said in an interview. At minimum, the company believes it can create an 8% to 10% return from its low-carbon business.

Sanyal grew up in the Indian city of Darjeeling, where he experienced near-daily blackouts. He argued that BP can provide access to energy, not by becoming a pure-play renewable company, but by integrating different resources to serve a range of customers.

Not everyone is convinced. In its AGM last week, 20% of BP’s shareholders voted in favour of a resolution asking the company to set more stringent targets to limit greenhouse gas emissions. While the company says it will increase investments into cleaner sources of energy to $5bn by 2030, critics note that the figure is still billions of dollars less than its annual spending on fossil fuels.

The recruitment drive has been BP’s most successful LinkedIn campaign, with over 300,000 views so far, 80% of which came from its own employees’ network on the platform, Jauregi said. Around 3,000 people have applied for the roles externally, while 600 BP employees have registered an interest in an internal offshore-wind training programme.

BP has no shortage of project managers, procurement specialists, engineers. “What we lack is the offshore wind experience,” says Jauregi.

The firm has seconded a number of employees from its core oil and gas business to the Equinor joint venture. Stacey Dillon-Nicholls, a 25-year veteran of the oil and gas business, Rob Jonkergouw, who most recently managed BP’s liquefied natural gas venture in Angola, and Chris Daykin, a former manager in Iraq, have all moved into the wind business.

China plans to be carbon-neutral by 2060, with huge costs involving new power lines, retooling hundreds of coal plants and ramping up storage capacity
World
1 month ago