While travellers will end up paying the price, the situation also creates an opportunity for Silicon Valley to help address the temporary shortage 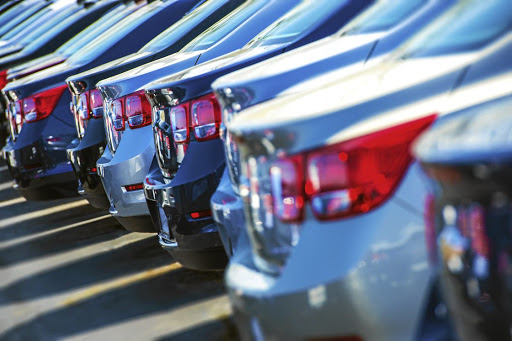 If you are planning a trip this northern hemisphere summer, book your rental vehicle before you book your flight or hotel — that is, if you can find one you can afford. The rental vehicle shortage is the latest supply chain-related bottleneck that threatens to constrain the post-pandemic economy.

The severity of the shortage is a result of Congress’s decision to refuse financial aid to the industry in 2020 when travel demand vanished at the start of the pandemic — support that it extended to airlines that suffered similarly from the crisis. While travellers this summer will end up paying the price, the situation also creates an opportunity for Silicon Valley to help address the temporary shortage.

The anger at 2020’s government aid to airlines stemmed from the belief that shareholders should have taken the burden of losses by letting the companies file for bankruptcy before making taxpayers ante up. Airlines had spent billions of dollars on stock buybacks over the prior several years, so why should investors get all the benefit of good times and then get bailed out in bad times?

Without getting into whether airlines could reasonably be expected to set aside enough money to survive a year-long pandemic, part of the complexity of the situation is that there’s a national interest in ensuring a certain level of airline service. It’s unlikely that the private sector would bring back lost capacity very quickly after being forced into bankruptcy. Air service is an important part of economic development for cities large and small, and the government had an interest in maintaining at least basic service throughout the pandemic. We want there to be flights not only from New York to Los Angeles, but from Kansas City to Orlando.

That’s why airlines received government money with strings attached. A substantial portion of it was intended to maintain employment levels throughout the pandemic, which often meant flying nearly empty planes around the country. As a result, if you want to visit distant family and friends this summer there will probably be a flight for you — even if it's somewhat more expensive with a stop or two along the way.

The rental vehicle industry is an example of what happens when an industry is left to fend for itself. Hertz ended up filing for bankruptcy, liquidating hundreds of thousands of vehicles along the way. Avis Budget, which managed to stay out of bankruptcy, sold hundreds of thousands of vehicles in its fleet as well. That may have served shareholders and creditors well in the teeth of the pandemic, but now it's left the country undersupplied with rental vehicles as the economy reopens. The vehicle industry is already having a hard time producing enough vehicles to meet the demand of regular buyers, let alone additional demand from rental companies.

That’s led to an exceptionally volatile market for consumers. A friend of mine recently got a quote of about $5,000 after fees for a week’s rental of a large SUV to drive in Colorado this summer. Large SUVs in leisure destinations near the ocean or mountains may be particularly hard to find as family vacation travel booms, while compact cars in cities like New York and San Francisco may be easier to rent given a still-dormant business travel environment.

The government could have avoided this situation by providing loans or grants to rental companies last summer in return for a pledge to keep their vehicle fleet well stocked in preparation for a rebound in demand. Perhaps rental vehicle companies and airlines should be seen as a package deal for financial aid if a similar pandemic crisis develops in the future.

For now, the lack of government support allows tech companies like Turo to step into the void. The company allows vehicle owners to rent out their cars to other people, similar to the way Airbnb works for housing. Rental rates are so high that it might even make sense for individuals to buy vehicles for the sole purpose of renting them out this summer, and then sell them as travel demand subsides after the US Labor Day holiday or when the rental companies manage to replenish inventories.

Turo had already been planning on going public in 2021; now they may have stumbled into big-winner status as travel demand surges this summer. Whether or not they can build their marketplace fast enough to provide pricing relief to travellers remains to be seen, but it’s at least an additional option for consumers while the vehicle supply chain remains stressed.

— Bloomberg Opinion. For more articles like this please visit Bloomberg.com/opinion.

Vehicles are flying out of showrooms, but the boom won't last
Business
1 year ago