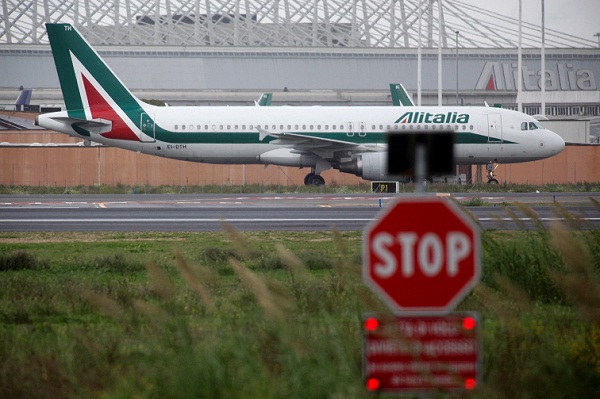 An Airbus A320 aircraft, operated by Alitalia. Picture: BLOOMBERG

Milan — The deepest crisis in aviation history might seem the worst time to relaunch an airline. But for Alitalia the turmoil could provide just the opportunity to drive through reforms that politicians and unions have refused to accept in the past.

Under plans shown to legislators, the chronically loss-making Italian airline wants to surrender domestic routes to low-cost rivals as it tries to pull out of its fourth stall in a decade.

Despite political and EU regulatory hurdles, new management led by a veteran of Gulf airline Emirates sees the Covid-19 crisis as a chance to reset the business on a profitable footing, according to a detailed presentation seen by Reuters.

“Alitalia has tried in the past to cut domestic point-to-point routes, but local politicians or the government always demanded they be restored,” said a company source close to CEO Fabio Lazzerini, named in November to lead the revival.

But there’s still a mountain to climb, with travel likely to remain subdued for some time to come, low-cost airlines vowing to come out of the downturn fighting, and a new Italian prime minister bringing fresh uncertainty to the political backdrop.

Alitalia was placed in administration in 2017, after three reorganisation attempts in the nine years since privatisation. In March 2020, as the pandemic foiled a planned sale to investors, the government announced its renationalisation.

The new business plan includes the “elimination of all hub bypass routes” lacking international connections — for example, between Sicily and Turin — according to the recent submission to senators, first reported in the Italian media.

Despite many past bailouts, it adds: “Radical restructuring [to] reposition only in profitable markets has never been implemented.”

The question now is whether Alitalia can forge a viable future as a leaner network carrier focused on international markets that are likely to be crowded when a recovery comes.

The plan targets an operating break-even in 2023 and a 7% operating [earnings before interest, taxes, depreciation, and amortisation] margin two years later on revenue of €3.4bn, with a fleet growing steadily back to 110 aeroplanes, close to pre-crisis size. In 2014-2018, Alitalia’s operating losses averaged €475m annually.

Industry experts voiced scepticism about a strategy reliant on long-haul and corporate travel markets that are expected to remain depressed for some time.

“The first to recover will be short-haul routes,” said James Halstead, an airlines investment analyst turned industry adviser. “Business and long-haul flights will take much longer.”

Alitalia is disadvantaged by geography against rivals based in Dubai, Paris or London, having chosen Rome over Milan as its connecting hub “for political reasons”, Halstead said. “Rome is badly placed for intercontinental routes.”

Lazzerini aims to boost traffic through a new deal with partner Air France-KLM, Lufthansa or another European player by leveraging the “negotiating power” of coveted Milan-Linate airport slots, his plan says.

Air France-KLM and Lufthansa had no immediate comment, but a source close to one of the groups said they would be vying with each other for an Alitalia deal that includes Milan access.

The relaunch also needs swift Italian decisions on existing Alitalia jobs that successive governments have dodged, instead committing another €5bn to the airline since 2017, by the estimation of Andrea Giuricin, transport economist at Milan’s Bicocca University.

“It no longer makes sense to have a flagship airline, since the market is European,” Giuricin said.

Union tensions have flared over Lazzerini’s resistance to retaining the old workforce, while delays in transferring aeroplanes and other assets threaten to derail his plan. The hold-ups could mean launching with fewer jobs and a smaller fleet than the 52 earmarked jets, the management source cautioned.

EU officials have also questioned key aspects of the plan including continuation of in-house maintenance and handling in Rome and use of the Alitalia brand, according to correspondence reported by Italian newspapers and seen by Reuters.

It remains unclear how these challenges will play out under Mario Draghi, the former European Central Bank chief appointed last week as Italy’s prime minister. His predecessor, Giuseppe Conte, had backed state intervention and renationalisation to avoid mass layoffs.

Whatever happens, a relaunched Alitalia will face ever tougher competition in long- and short-haul services, aviation consultant John Strickland said. “Entry costs may be at a long-time low, but that alone is no guarantee of successful execution.”

Goldman Sachs is in talks with investors for refinancing of up to $9bn for the airline, insiders say
Companies
2 months ago

Lufthansa is in talks with Airbus and Boeing about existing orders, with the manufacturers showing flexibility, CEO Carsten Spohr says
Companies
2 months ago