Music manager Scooter Braun, with whom Swift has butted heads in the past, has sold her first six albums ‘for the second time’ 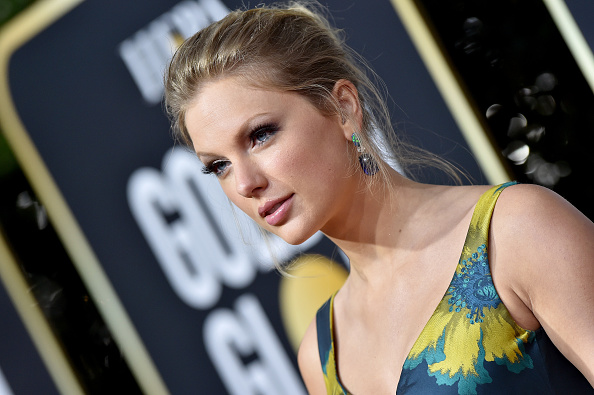 Los Angeles — Music manager Scooter Braun has sold Taylor Swift’s first six albums to an investment firm in a deal that values the assets at about $300m, according to a person familiar with the matter, ending a contentious episode that drew rebukes from the pop star herself.

Braun acquired Swift’s catalogue last year as part of a purchase of Big Machine, a Tennessee-based country record label. Braun, who manages Justin Bieber and Ariana Grande, partnered with the Carlyle Group, 23 Capital and George Soros to buy Big Machine for about $300m. The rest of the label isn’t included with the sale of Swift’s albums.

Taylor identified the buyer as Shamrock Holdings in a social media post on Monday, saying she only heard about the deal after it was completed. The artist said she has been attempting to re-acquire the music herself.

“This is the second time my music had been sold without my knowledge,” she said on Twitter. “Scooter Braun had required that they make no contact with me or my team, or the deal would be off.” Selling Swift’s catalogue nets Braun and his investors almost all their money back without their giving up any of Big Machine’s other assets, said the person familiar with the agreement, who asked not to be identified because the terms are private.

The value of music catalogues has skyrocketed in recent years thanks to streaming services Spotify and Apple Music, which have boosted global record sales five years in a row. Swift’s recordings are among the most valuable assets in the music business, and Braun is selling them for almost as much money as Hipgnosis Songs Fund paid to buy 33,000 songs, including hits from Fleetwood Mac and Mariah Carey. Hipgnosis has been gobbling up music catalogues over the past couple of years.

Royalties from that music have helped Braun weather the decline in sales due to the pandemic, which has prevented his acts from touring. But Big Machine also came with its fair share of headaches. Swift objected to the original pact, assailing Braun and Big Machine chief Scott Borchetta for making a deal behind her back.

Swift said she couldn’t work with Shamrock because Braun will continue to profit from her old music catalogue for years under the terms of the deal. She said she was “hopeful and open” about coming to some agreement with the firm, but that Braun’s participation would be a deal-breaker.

The recordings include her self-titled debut from 2006, as well as Fearless, Speak Now, Red, 1989 and Reputation. The albums spawned dozens of hits for the artist.

Shamrock, which started as an investment fund for the heirs of Walt Disney, said in its own statement that it hoped it could work with Swift.

“We made this investment because we believe in the immense value and opportunity that comes with her work,” the company said. “We fully respect and support her decision and, while we hoped to formally partner, we also knew this was a possible outcome.”

Swift has previously threatened to re-record her first six albums — a process that’s now underway, she said on Monday, adding, “It has already proven to be both exciting and creatively fulfilling.”

Variety previously reported on the agreement.

The group plans to sell 70-million shares of its class A common stock, raising as much as $1.8bn
Companies
1 year ago