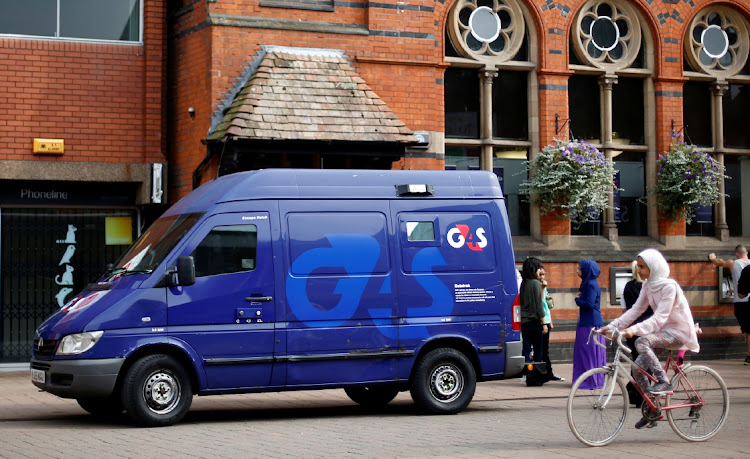 Bengaluru — Global security group G4S on Wednesday rejected a cash offer by smaller Canadian rival GardaWorld that valued the British company at £2.97bn, weeks after it turned down a similar proposal.

It also rejected two prior proposals in June for 145p  per share and 153p per share each.

“Shareholders are strongly advised to take absolutely no action in relation to the unattractive and opportunistic offer,” G4S said.

Shares in London-listed G4S were up 5% at 198.9p on Wednesday, above the 190p offer made by GardaWorld's subsidiary Fleming Capital Securities.

Since GardaWorld made its offer for G4S public on September 14, G4S shares are up 30%.

“The G4S board has behaved in a cavalier way by rejecting our potential offer out of hand,” GardaWorld's CEO Stephan Cretier said. “We look forward to meeting with investors to explain the challenges ahead and why this is a full and fair price.

The latest offer, which is for the same amount as the one made a few weeks ago, represents a premium of 0.5% to G4S's Tuesday's closing stock price.

Analysts had likened the takeover approach as “the tiddler swallowing the whale”.

GardaWorld's interest in G4S was made known in 2019, when it considered a cash offer for some or all of G4S, but by May had opted not pursue a deal.

Over the past year G4S has had to overcome a series of setbacks, including the loss of a contract to run a Birmingham prison, and a decision by Norway's wealth fund not to invest in the company.

It sold off most of its cash-handling business in February to US peer Brinks.

The settlement resolves investigations by the US justice department and the Commodity Futures Trading Commission into trading in the precious-metals ...
Companies
11 months ago

Once declaring ‘F*** GM’, Farley loves driving cars as much as he does selling them, which is good news for the iconic but ailing Ford
Companies
11 months ago

Building on an earlier pledge not to use Fitbit data for Google ads, the company says it won’t shut rivals off from Google services
Companies
11 months ago

Metrofile’s strategic review pays off as revenue rises to R473m

Britain’s G4S is open to offers for cash business

Metrofile’s strategic review pays off as revenue rises to R473m

Britain’s G4S is open to offers for cash business