Rethinking the concept of leadership in SA

BD Dialogue, in association with Accenture, focuses on what the country's leaders should be doing differently 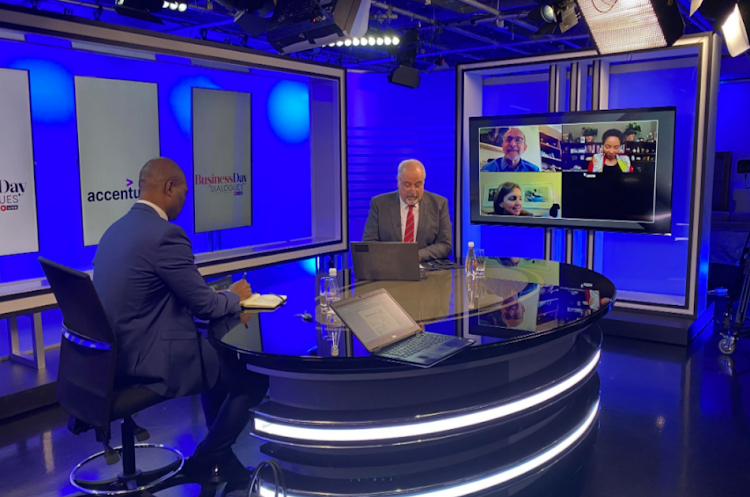 A recent Business Day Dialogue, in association with Accenture in Africa, and moderated by Jeremy Maggs, put the spotlight on the kind of leadership required to move SA forward.

The genesis of the dialogue was seeded by Accenture CEO Vukani Mngxati, a business leader who believes in empathetic, wise and strategic leadership. He says what’s required is a renewed focus on identifying and creating the right aptitudes and proficiencies to give SA the slingshot it needs towards a new trajectory of sustained growth and success.

The two most significant failures of leadership in SA, said Mngxati, are evidenced by the fact that at present, 34% of South Africans — 44% in the expanded definition — are unemployed. That alone is a significant issue, creating a ticking time bomb, as was illustrated with the July unrest.

The second issue, he said, is the growing number of people reliant on social grants. As the country’s GDP declines year-on-year, we are rapidly getting to a point where the social grant system is becoming unsustainable. SA therefore urgently needs a strategy to “off-ramp” as many of this group as possible into gainful employment so that they can participate meaningfully in the economy.

“We don’t have a jobs issues in this country, we have a skills issue,” he said, adding that instead of the creation of small, non-scalable solutions to address the unemployment problem we need to create the right conditions for scalable solutions.

“We need to take a step back and start thinking and leading differently,” he said.

Leaders need to be prepared to make difficult decisions and prioritise

Martin Kingston, chair of the steering committee for Business for SA

The Covid-19 pandemic has magnified all the fissures in our society, said Martin Kingston, chair of the steering committee for Business for SA. Addressing our societal deficits requires leveraging skills and resources. However, to achieve that requires courageous leadership and high levels of trust.

Leaders need to be prepared to make difficult decisions and prioritise, said Kingston. To be successful they need to co-create given that they can’t hope to do it all by themselves; inspire with hope and harness the human capital available in the country.

The issue of trust was a persistent theme of the discussion. The trust deficit, said Mngxati, has been caused by a multitude of factors, including pervasive corruption.

Trust requires both predictability and consistency, said Leila Fourie, group CEO of the JSE. In SA, trust between the country’s leaders and its people will be restored only once the promises being made are actioned and delivered. Government needs to support the private sector while government, for its part, needs to restore its citizens' faith by delivering on its mandate and its promises.

Pointing out that business has done a great deal to support the vaccine rollout programme, she called on government to put business on an equal footing to labour.

Professor Mamokgethi Phakeng, vice-chancellor at the University of Cape Town, called for a different, more humble style of leadership which is more in touch with the realities of the country’s people. Critically, leaders need to understand who it is they are leading and the issues that concern them.

Leaders should understand that their perspective is not the only one and should not be afraid of listening to dissenting voices. “Listen for the differences rather than the commonalities and then address the areas of differences,” she urged.

Leaders need to be visionaries to inspire people, but also humble enough to be honest about what they don’t know, said Phakeng.

SA has all the ingredients required to make the country successful, said Mngxati. What we lack, however, is strong and principled leadership that people can trust. He implored leaders to restore people’s trust and to work together with an over-arching vision on how to rebuild the country’s economy.

WATCH the discussion below:

1.
WATCH LIVE | Cybersecurity and resilience in an ...
Business
2.
Skilling: The missing piece of the security ...
Business
3.
PODCAST | Study shows only one-in-five business ...
Business
4.
Unlock your personal wealth at the 2017 BDFM ...
Business
5.
Amazon’s Jeff Bezos is world’s richest person in ...
Business

1.
WATCH LIVE | Cybersecurity and resilience in an ...
Business
2.
Skilling: The missing piece of the security ...
Business
3.
PODCAST | Study shows only one-in-five business ...
Business
4.
Unlock your personal wealth at the 2017 BDFM ...
Business
5.
Amazon’s Jeff Bezos is world’s richest person in ...
Business