Mudiwa Gavaza is joined by Leila Fourie, group CEO of the JSE 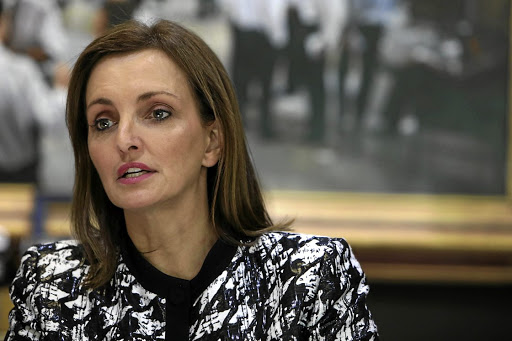 The JSE is front and centre in this edition of Business Day Spotlight.

Host Mudiwa Gavaza is joined by Leila Fourie, group CEO of the JSE.

Fourie says the JSE, currently the 18th-largest exchange in the world by market value, is faring very well in comparison to the rest of Africa and major global markets.

The JSE head says 2020 had been a volatile year, the recovery currently being led by the resources financial sectors.

Fourie flags foreign outflows from SA as a concern for the economy.

Topics of discussion include: how the exchange views the balance between new listings and delistings; if the JSE still has its place as a premier emerging-markets exchange; investment in technology and systems in the light of the recent trade stoppages; what the JSE is doing to keep its system secure from cyberattacks; and increasing its place as an investment destination.

In recent years, the JSE has faced new competition from the A2X, which began trading in October 2017 and is partly owned by Patrice Motsepe’s African Rainbow Capital. The exchange is authorised to provide a secondary listing platform for companies that include Naspers, Prosus, Sanlam, Sasol, Aspen Pharmacare, Exxaro, AVI and Mr Price.

Fourie says it welcomes competition as it forces the JSE to become more innovative and offer better value to the 99% of SA market it controls.

‘One bright spot is that a slowing economy in China will prompt stimulus measures from the central government, potentially limiting the fallout on ...
Markets
10 months ago

SA needs to do more to make an investment case for the country, she says
Companies
10 months ago