Understanding the gig economy and its effect on companies and careers

A labour market comprising freelance, short-term, on-demand work is redefining the way companies hire and how individuals structure their careers

The gig economy is nothing new. For centuries, people have been performing temporary or freelance jobs. But what has changed is that technology is now enabling more widespread, flexible and on-demand work opportunities that both companies and individuals can benefit from.

According to McKinsey, some 64 million people in the US and EU use gig work to supplement their main income by choice, rather than necessity. Locally, Statistics SA's employment outlook has found that temporary employment rose from 2.6 million in 2017 to 3.9 million in 2018.

Companies are also leveraging this growing trend, with freelancing website Upwork noting that 59% of US businesses are now using some degree of flexible workforces, be it staff working remotely or the use of freelancers.

For a country like SA facing massive unemployment challenges, the growth of the gig economy – be it direct or via Uber, Airbnb or any of the many other shared labour platforms – carries with it many benefits, providing job opportunities while boosting productivity.

“With SA’s high youth unemployment rate, education and upskilling is paramount in order to be able to benefit from the opportunities offered by labour intensive industries such as renewable energy, tourism and tech advances in agriculture, as well as the gig economy,” says Investec chief economist, Annabel Bishop.

Bishop believes that the gig economy “holds significant attractions for skilled individuals”. Individuals can bolster their earning potential and realise their passion with side gigs, while businesses can tap into the sought-after skills they require, without the need to permanently employ staff. The flipside of this is, of course, the potential for exploitation of people who are forced into gig work and don't enjoy the many benefits associated with permanent employment.

Someone who is forging a path for the gig economy in the US is Stacey Ferreira, a serial tech entrepreneur and the co-author of 2 Billion Under 20: How Millennials are Breaking Down Age Barriers and Changing the World.

Investec Focus interviewed her at the 2018 SingularityU Summit in Johannesburg. At the age of 25, Ferreira has held five different jobs. Currently the CEO of San Francisco-based Forge, Ferreira’s team has created an on-demand labour app that allows giggers to select their own work hours at participating retailers/restaurants in their neighbourhood.

Ferreira believes that technology is driving the growth of the gig economy. "I think it's really technology that allows us to get access to so much more information, and allows us to do our work from anywhere, that's really changing the way we work.”

READ MORE: Co-working:
how the gig economy is reinventing our workspaces

This is evident in the proliferation of on-demand labour platforms, like Uber, globally that connect giggers directly with clients, often in real time. Nowhere is this more prevalent than in the digital labour force of freelancers online. Popular online marketplaces for digital giggers include Fiverr, Upwork and Freelancer.com where you can buy almost any service at very affordable rates, from someone to design your company logo to a copywriter who can optimise your dating profile.

TaskRabbit in the US connects you to trusted handymen in your local area to help with everything from furniture assembly to packing moving boxes. Like all demand-driven platforms, these sites are based on client reviews that build up trusted profiles and enhance your employability.

Side hustles here, there and everywhere

A 2018 report by financial services company Bankrate found that 37% of US adults and more than 50% of millennials have a side hustle, while a study released by Upwork and the US-based Freelancers Union revealed that the more than 57 million Americans who work freelance jobs contribute nearly $1.4tn to the economy every year.

While gigs can comprise anything from DIY work to landscaping and childcare, the real money lies in jobs needed to support the exponential rise of digital innovation. According to a study by Fitsmallbusiness.com, "the most sought-after gig economy jobs in 2018 focus on robotics, finance, artificial intelligence and marketing." 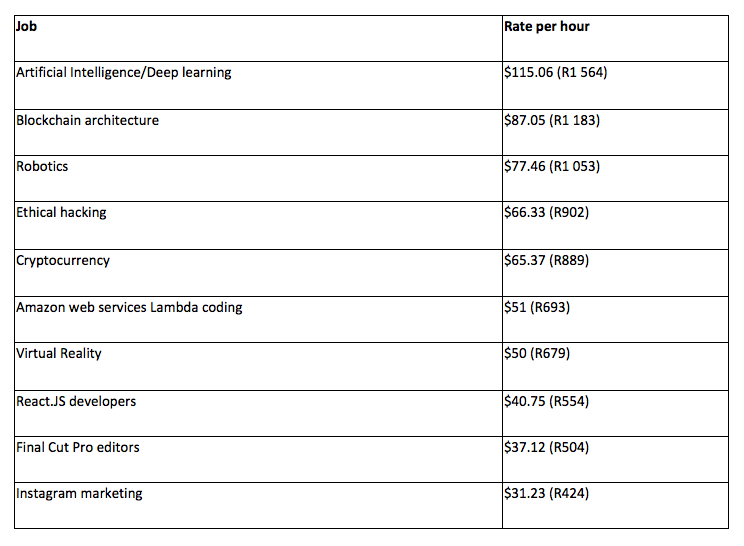 The beauty of having side hustles, says Ferreira, is the positive impact this can have on your main gig and on your personal development and life satisfaction. "Gigging gets you to think in a different way, it allows you to broaden your horizons; but for the individual, it's also extremely fulfilling to be working on something outside the normal thing they do to pay the bills every day." Gigging lets you fulfil your passion and fuels your curiosity, she says, "keeping you pushing the boundaries". 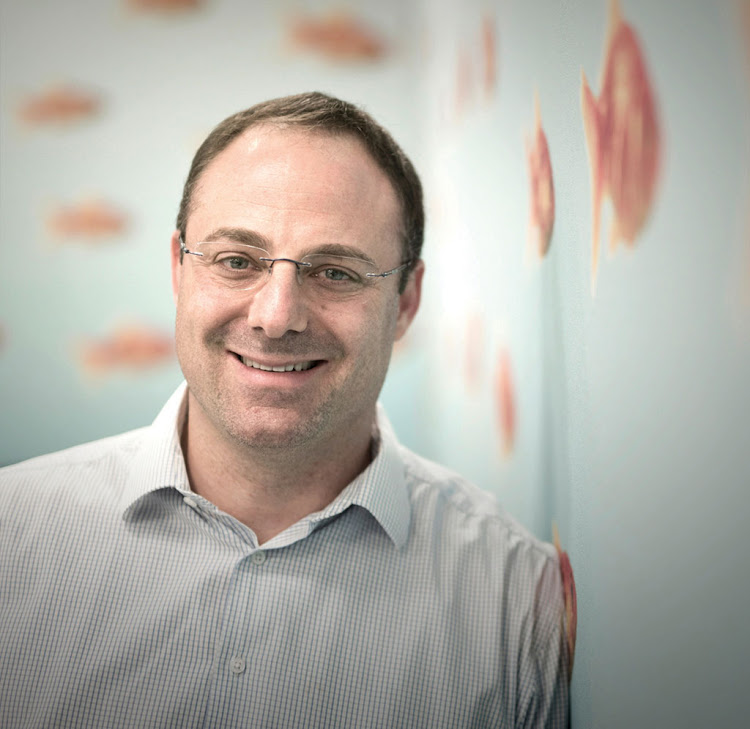 What does it mean to be an employer in a world of gigs?

Marc Kahn, Investec’s global head of human resources and organisational development, believes the gig economy can be a threat or an opportunity to business, depending on how companies look at it. Commenting on the rise of so-called "solopreneurs", Kahn says:

"People are, in effect, going to be independent self-proprietors selling their labour. So, what does loyalty to a company mean in the future? How do you employ people in the gig economy whom you know if they are not going to be in it for the long term with you? What happens to institutional memory? What about competitive issues and conflicts of interest between people working across and between companies?"

Kahn believes the growth of the gig economy will drive a revolution in the definition of what a company is. "A company is real by virtue of those who are employed in it and some of the assets in it.

LISTEN TO PODCAST: 5 myths about the future of work

"We could have situations inside the company where the same person can work in four different areas in the same job. We start thinking about capability, and capability becomes detached from an individual and it becomes a commodity; it's moving around in a free-flowing environment."

To be the most attractive gigger, you need to see yourself as a little company that offers a range of capabilities, "and then you can figure out how many different types of work you can do within that range and get exposure to very diverse challenges,” says Kahn.

"So, people need to understand that they're going to relearn new skills as the old ones become defunct, but they also need a wide range of applications and skills for different applications."

People are, in effect, to be independent self-proprietors selling their labour. So, what does loyalty to a company mean in the future?

Ferreira agrees that the whole idea of retention will change in a gig economy. "I might hire someone to work on a project for me in 2015, and then they don't work for me for a few years, but they had a great experience working with me. So, when I have a new project that needs their skill sets in 2019, I can call on them again to work as a part of that project.

"In the future world of the gig economy, people will cluster together in sensible ways and then uncluster and reconnect in various gigs to deliver a very agile value chain which is loosely coordinated by a leadership function that tries to coordinate it without too much management control, but enough to manage the risk in a very, very fluid environment. That's the future world."

The dark side of the gig

The gig economy conjures up a glossy picture of cool 20-somethings hanging out at WeWork shared office spaces, collaborating on exciting projects for companies. However, the world of gigs has a dark side.

Many argue that the gig economy is potentially a recipe for exploitation. A lot of people are forced into gigs with low pay and poor working conditions because of a lack of permanent employment that comes with all the perks of medical aid, training, life insurance and retirement plans.

"The ones doing it out of choice tend to be the ones who want flexibility. They have a particular skill that is in scarce supply, and they know that they can get better returns for it if they can service lots and lots of people, as opposed to being employed by one employer," says Manyika.

People who are gig workers out of necessity can't get the full-time job that they'd much prefer – a job that comes with benefits and training and all the rest of it. "They don't like the wage variability that comes with gig work," he says.

In the eight countries that McKinsey studied to compile its report Independent work: Choice, necessity, and the gig economy, the group gigging out of preference was, on average, bigger than the group doing it out of necessity.

Another interesting finding, said McKinsey, was that “free agents reported higher levels of satisfaction in multiple dimensions of their work lives than those holding traditional jobs by choice, indicating that many people value the non-monetary aspects of working on their own terms”.

People who are being forced into gigging have legitimate concerns that need to be dealt with, says Manyika. "We have to address those issues. But I wouldn’t paint the whole picture with the same brush. Keep in mind that the gig economy is driven by demand, and there's lots of demand."