More than half-a-million people advised to isolate in a single week, regardless of their vaccination status 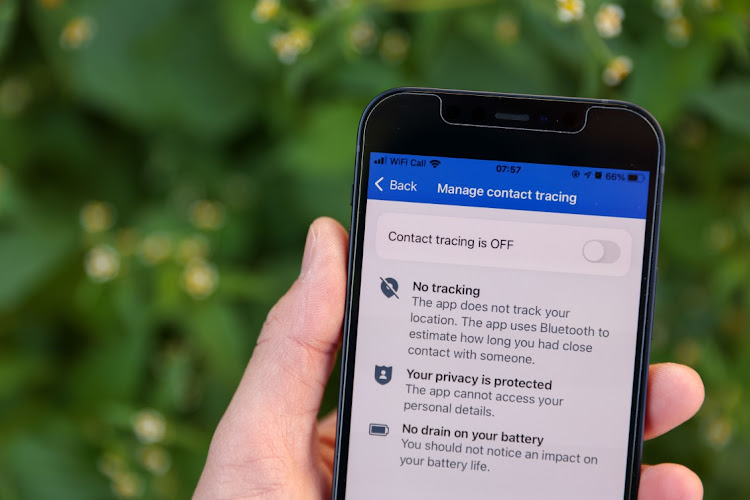 UK companies are urging the government to speed up changes to self-isolation rules after hundreds of thousands of employees from across the economy were removed from the workplace because of a surge in alerts that they should stay at home.

Businesses from stores to car factories are reporting disruption after more than half-a-million people in one week were contacted, or “pinged”, by the country’s coronavirus app. Some retailers have suffered staff absences of up to 30%, according to a person familiar with the situation. Asos CEO Nick Beighton said the online fashion business is feeling the squeeze at warehouses and its London headquarters.

As many as 900 workers at carmaker Nissan’s plant in Sunderland are absent, the BBC reported on Thursday. Aircraft-engine maker Rolls-Royce Holdings said it is adapting schedules to stop the disruption hampering production. At some meat processors, up to 10% of the workforce is affected, with product ranges now being reduced.

The government is figuring out how to change the rules on self-isolation as Prime Minister Boris Johnson prepares to lift just about all coronavirus measures for England on July 19. Lucy Frazer, the solicitor-general, told Sky News on Friday that ministers are looking at the issue and recognise the “significant impact this is having on businesses”.

British Retail Consortium CEO Helen Dickinson said: “This will only get worse right across the economy, as cases are already rising fast and the final restrictions are eased.” The government needs to bring forward the time when fully vaccinated people, or those with a negative test, no longer need to quarantine when “pinged” by the tracking system, she said.

A soaring infection rate has taken the gloss off the grand reopening, and now employers are complaining that too many staff are being advised to isolate regardless of their vaccination status. That is also worsening a labour shortfall in areas such as hospitality and agriculture.

“This is on top of the desperate shortage of workers that the industry is already suffering,” said Nick Allen, head of the British Meat Processors Association. “If the UK workforce situation deteriorates further, companies will be forced to start shutting down production lines altogether.”

Health secretary Sajid Javid has said that from August 16, those who have been fully vaccinated with two doses will not need to self-isolate and will instead be able to take Covid-19 tests.

Some exemptions to the requirement to stay at home are already in place for front-line clinical staff, and the government is looking to expand that to more health workers, Johnson’s spokesperson, Jamie Davies, told reporters. He declined to discuss different industries, though added that all measures are constantly under review. At the moment, “the app is doing what it’s designed to do”, he said.

National Health Service data show 520,194 people in England and 9,932 in Wales were contacted by the app in the week to July 7, a record for both nations. Those recipients are advised to self-isolate for up to 10 days because they have been in close contact with someone who has tested positive.

Figures from the Office for National Statistics show that 89% of those who had contact with a Covid-positive person fully adhered to self-isolation requirements in the week to July 3.

The Unite union said the warnings are on the “verge of shutting” factories across the UK, particularly in the automotive sector.

“It’s clear the test-and-trace system needs an overhaul, with over two-thirds of the adult population now fully jabbed,” Confederation of British Industry president Karan Bilimoria said in a statement.

That was echoed by Stephen Phipson, CEO of the Make UK manufacturing lobby. He said the issue has “escalated significantly” and has also hit the export of goods. Bilimoria and Phipson urged the government to bring forward its plan to relax isolation rules for fully vaccinated people on August 16.

The problem is only likely to get worse, with coronavirus cases on the rise, fuelled by the fast-spreading Delta variant. More than 48,000 people tested positive on Thursday, and more than a quarter-of-a- million people have done so over the past seven days, an increase of a third on the previous week.

Despite that, Johnson is pushing ahead with the final stage of his road map to unlock the economy, arguing the country’s advanced vaccination programme has weakened the link between infections and hospitalisations. Nightclubs will be allowed to open for the first time in 16 months, the limits on indoor and outdoor gatherings will be dropped, and it will no longer be compulsory to wear face coverings in shops and on trains.

But Frazer said the country could get to a stage where it needs to look at restoring some restrictions. That would be a dramatic setback for Johnson, who has called Monday’s already delayed reopening “irreversible”.

The surge in notifications is the latest problem to beset the government’s test-and-trace programme, which as well as the app includes contact tracers who call people who test positive, find out their close contacts, and then call those people to advise them to isolate.

A lack of capacity meant contact tracing was all but abandoned early in the pandemic, before being ramped up last autumn. Even after spending more than half of its £22bn budget in the 2020/2021 fiscal year, the programme fell short of targets when coronavirus cases rose sharply in December. The app also took months to develop, with an initial home-grown version scrapped when it could not be made to work effectively.

“Just as we thought the worst was over, Covid-19 threatens to take its biggest toll yet on the economy, thanks to the broken test-and-trace system,” Richard Walker, MD of supermarket chain Iceland Foods, tweeted. “The pingdemic is here and businesses need urgent change to avoid a self-inflicted economic wound.”

More than 750 debt-collection experts hired, and training is being given on how to handle customers sensitively
World
3 weeks ago