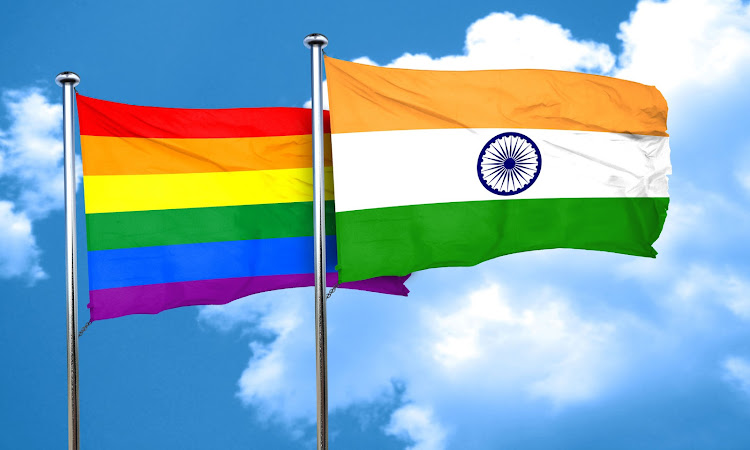 New Delhi — Swept up in a whirlwind romance after meeting at a Bollywood party in Mumbai, Saattvic and Gaurav Bhatti dreamed of celebrating their love with a typical big, fat Indian wedding.

Seven years on, it remains a dream.

Same-sex marriages are illegal in India despite the Supreme Court scrapping a colonial-era ban on gay sex in 2018 — a decision that LGBT+ Indians say they had hoped would pave the way for more equal rights, including marriage and adoption.

That is why Saattvic, who goes by one name, asked the Delhi high court to allow him to marry his boyfriend — one of six petitions made by LGBT+ couples in September 2020 to legalise same-sex marriage, with a final hearing due on Tuesday.

“There is a fundamental right to marry and we should be afforded that right to marry just like any other heterosexual couple,” Saattvic told the Thomson Reuters Foundation in a video call from Vancouver in Canada.

If the couple were to win the case, India would become the second place in Asia after Taiwan in 2019 to recognise gay marriage.

LGBT+ Indians have made significant strides since the 2018 gay sex ruling, from their portrayal on television to more representation in politics and inclusive corporate policies.

Yet many say they still fear coming out in largely conservative India where discrimination and abuse prevent LGBT+ people from accessing jobs, healthcare, education and housing.

Saattvic and Bhatti — who now live in Canada — recalled harrowing times of being turned down by landlords when trying to rent apartments and not being able to make medical decisions for each other in emergencies because they are not married.

“You can’t live the basic life that everyone takes for granted. That realisation is debilitating,” said Saattvic.

Homophobia remains rife in India, said Bhatti, a classical Indian dancer who joined the call from London where he had travelled for a performance.

“I’m more effeminate than Saattvic and it's a bit more obvious [that I am gay]. Hearing all sorts of comments was always an issue because of what it does to you mentally ... you try to ignore it, you [say] don’t care but you do deep down,” he said.

“People are just so not okay with the idea that someone can be different in any way ... Anything that does not fit in their norm is just crazy and they’ll do anything to change and suppress that.”

‘Throw shoes at me’

Saattvic packed his bags in August 2020 and moved from New Delhi to Vancouver to join Bhatti, a Canadian citizen.

It was a tough decision, said Saattvic. He had to leave behind his family and a good job as an economist at a law firm, and scrap plans to set up his own consulting practice to start from scratch in Canada.

“Over here I can walk down the street holding Gaurav's hand and maybe kiss him in public and no-one is going to throw shoes at me,” he said. “Had we been afforded the right to marry, we probably wouldn't have moved.”

Final arguments between petitioners and the federal government will begin on Tuesday, a step before the judgment.

The case began when LGBT+ activists challenged the government over the right to marry under the Hindu Marriage Act, which legalises marriage between “any two Hindus”, without specifying their genders.

Other petitioners joined in with similar arguments about other Indian laws, including the Special Marriage Act that provides for civil marriage regardless of religion.

India’s government has been largely silent on gay rights.

Representing the federal government, solicitor-general Tushar Mehta has opposed the pleas so far. “Living together as partners and having sexual relationship by same-sex individuals [which is decriminalised now] is not comparable with the Indian family unit concept of a husband, a wife and children,” a government affidavit said.

“Living together as partners and having [a] sexual relationship by same-sex individuals is not comparable with Indian family unit concept of a husband, wife and children. [This] necessarily presuppose(s) a biological man as ‘husband’, a biological woman as ‘wife’ and children born out of the union between the two,” the government said.

It is unclear when a verdict will be delivered. India’s justice system takes an average of six years to reach a final ruling, according to Bangalore-based Daksh, a civil society group which monitors governance.

But that does not deter Saattvic and Bhatti, who say the petition is not only for them but for next generation of LGBT+ couples and those living in rural areas where stigma, violence and brutality are more widespread.

“We’re at a privileged place. If we’re not going to do it, who else is?” said Bhatti, moments before he left for a dance performance.