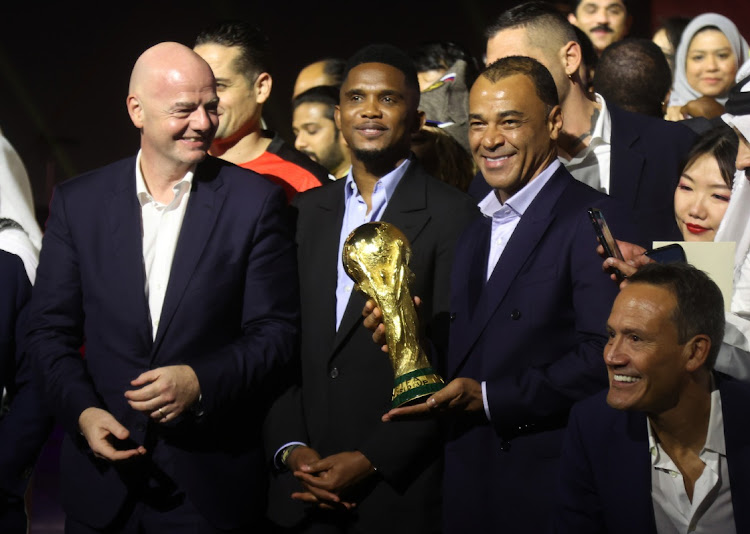 Doha — Fifa president Gianni Infantino insisted that “all are welcome in Qatar” on Sunday as a digital countdown clock went on display in Doha to mark one year until the opening of the controversial 2022 football World Cup, the first to be held in the Middle East.

The opening match will take place next November 21 in the 60,000 capacity Al Bayt Stadium.

The head of football’s world governing body urged LGBTQ soccer fans and all others to attend the tournament and “engage and speak and convince” in a bid to influence the Gulf Arab state’s policies.

“We cannot think that if we stay home and just criticise things will change. Things have improved. Things will continue to improve,” he said.

At the event on Sunday night, football stars such as David Beckham and Samuel Eto’o watched a drone display from a jetty in Doha’s West Bay as organisers promised a “spectacular” tournament.

But on the sidelines officials were on the defensive about issues that have dogged the tournament for years, such as Qatar’s anti-LGBTQ laws, the welfare of migrant workers and allegations of corruption.

Nasser Al Khater, CEO of the 2022 World Cup, defended the country’s record in a virtual roundtable with reporters on Saturday night. “Qatar has been unfairly treated and scrutinised I think, unfairly treated for a number of years,” Al Khater said.

He denied allegations by the US department of justice that bribes had been paid to secure votes when Qatar was awarded the hosting rights in 2010. He also defended the country’s progress on human rights, pointing to recent labour reforms, but cautioning that there is more work to do.

Amnesty International recently said those labour reforms have not improved workers’ lives and that practices such as withholding salaries and charging workers to change jobs are still commonplace. Qatar’s government has rejected Amnesty’s findings.

On Friday, the International Labour Organisation said Qatar is inadequately investigating and reporting the deaths of workers in the country.